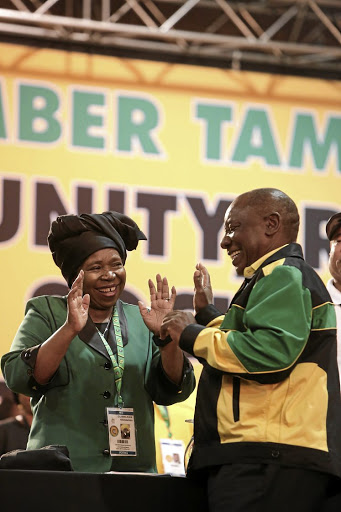 President Jacob Zuma brushed aside pleas from Finance Minister Malusi Gigaba not to make his shock announcement yesterday of a bold plan to provide free higher education to poor students from next year.

The Sunday Times has learnt that Gigaba begged Zuma in vain to hold off on the move until the 2018 state of the nation address and budget in February.

Zuma made the announcement shortly before the ANC's 54th national conference started in Johannesburg yesterday. The Department of Higher Education estimated that it would add R12.4-billion to the cost of tertiary education for next year alone.

"The minister has been having this back-and-forth discussion with the president. He tried very hard to push back. He lost this one. The president was hellbent on announcing this ... when the minister told him to wait until his state of the nation address, the president ignored the minister," said a source in the National Treasury.

Gigaba, who is facing down ratings agencies concerned about signs of populist-style spending and who faces pressure to cut state expenditure, appealed to Zuma to follow the budget process to make additional funding available for the far-reaching proposal.

It is understood that Zuma worked with Higher Education Minister Hlengiwe Mkhize and her director-general, Gwebinkundla Qonde, on the details of the plan, but has not consulted the Treasury on how additional funding will be made available.

The Treasury said yesterday it had "noted" the announcement and "is in the process of reviewing the details of the higher education proposals, as well as possible financing options".

It said any amendments to existing spending and tax proposals would be announced in the 2018 budget.

Delivering his political report at the elective conference yesterday, Zuma said his announcement for free higher education would be done in a "fiscally sustainable manner".

A defiant Zuma used his last official address as party president to lash out at the judiciary and civil society, accusing them of meddling in ANC matters.

He also sniped at the party's parliamentary caucus, charging that it had been used to wage factional battles, while also agitating for the immediate expulsion of ANC members who took the party to court.

"This morning we announced a plan for fee-free higher education for students from poor and working-class backgrounds, which will be implemented in a fiscally sustainable manner, following the release of the Heher commission of inquiry [report] into higher education," Zuma told ANC delegates, some of whom applauded the announcement.

The plan will require the National Student Financial Aid Scheme to amend its loan allocation process to give grants to poor students. With the education sector now shut down for the year, there is no time for NSFAS or universities to prepare for the 2018 academic year under the new funding plan.

It is understood that Zuma was worried about the outcome of the ANC elective conference, concerned that he faces being recalled from office should Cyril Ramaphosa be elected.

Higher Education Minister Hlengiwe Mkhize says the government is considering whether to introduce a tax on graduates to fund free higher education.
News
3 years ago

Zuma's move was widely seen as a ploy to win over delegates.

Nkosazana Dlamini-Zuma's backers were quick to adopt the decision as a campaign tool on the sidelines of the conference.

Addressing throngs of Dlamini-Zuma-aligned delegates in an open field yesterday, KwaZulu-Natal chairman Sihle Zikalala appealed to the crowd to give Zuma a proper farewell. "He's given South Africa a free education, so we must give him a farewell."

Zuma had initially intended to announce a free education plan devised by a former boyfriend of his daughter, but this was stymied after the recent downgrades and opposition from the Treasury. The head of the budget office in the Treasury, Michael Sachs, resigned last month when the department was being strong-armed on the plan.

Zuma's plan will have to get cabinet approval before funds can be allocated to it. He has not tabled it yet - because, according to observers, he feared it would be opposed by Ramaphosa and other ministers.

Several sources in the Treasury detailed how a determined Zuma pushed ahead with the announcement this week.

"There have been meetings, but the president has ignored all our warnings. He has not taken this proposal to his own fiscal committee. He has also provided no information on how this is to be funded. He is playing populist politics and undermined both Gigaba's [October medium-term budget policy statement] and the budget process," said a government source.

"Gigaba tried hard to ... get him to follow the budget process and look at funding issues and what is sustainable and wait until [the state of the nation] and budget."

As the ANC event got under way yesterday, the scales were tipped in Ramaphosa's favour, with recent court judgments having nullified crucial votes in the strongholds of his main rival, Dlamini-Zuma.

The event started just before 4pm yesterday following delays in the registration process and because of an urgent national executive committee meeting that was called in the morning to discuss the implications of the three court rulings.

The NEC meeting decided that all the 140 delegates from the Free State, North West and KwaZulu-Natal affected by the court orders would be excluded from participating as voting delegates.

But Zikalala said Dlamini-Zuma's supporters remained confident of her victory.

He revealed that 12 of the 27 provincial executive committee members who were barred from voting at the conference would vote in their capacity as branch delegates.

He told journalists that should Dlamini-Zuma lose to Ramaphosa, they would accept the outcome.

Mabuza said he was simply communicating the decision of the NEC to members.

"We were just telling them the outcome and what to expect," he said.

There were allegations that senior ANC leaders had attempted to rig the number of delegates in Dlamini-Zuma's favour.

In a prepared report, Mantashe said people in the ANC were fixated on prevailing at the party's conferences.

"Every conference is appealed when results are announced, showing that we contest with only winning in mind," a copy of his report read.

Mantashe berated ANC leaders who served on the NEC and hardly did any ANC work but were keen to be retained on the powerful body, "assumedly for status rather than being prepared to serve".

The use of State Security Agency staff for the ANC national conference has raised questions about the possible abuse of state resources by the ruling ...
News
3 years ago

He was expected to tell delegates that the conference was an opportunity to make a candid analysis of that reality, otherwise the party would continue to be in denial.

"This has weakened our movement in the face of society and dented the trust of the people on their liberation movement," Mantashe's report said.

In his report due to be delivered last night, ANC treasurer-general Zweli Mkhize said corruption and arrogance had affected the support the ANC gets.

"We need to urgently address these challenges and remain vigilant to avoid erosion of the support that the ANC enjoys," he said.

There were allegations of attempted irregularities during the registration process on Friday.

Sources said Mantashe had to rush to the registration centre at the Soweto campus of the University of Johannesburg on Friday and yesterday to deal with those who were trying to sneak illegal delegates onto the conference register.

Once the votes are counted, spare a thought for policy

It's Sunday. Depending on when you read your Sunday Times you may already know who the new president of the ANC is. Or not. You may have to wait ...
Opinion & Analysis
3 years ago

It's simple for the ANC: Fight corruption or lose power

Sort out corruption or we will vote you out! This is the stern message from voters to the ANC as it meets in Johannesburg this weekend to produce ...
Opinion & Analysis
3 years ago