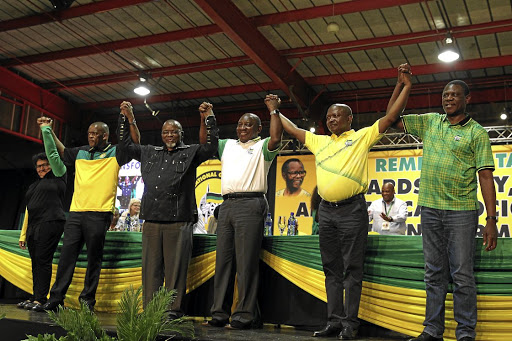 New ANC deputy president David Mabuza is said to have promised President Jacob Zuma that he would deliver more than 2,500 delegates to ensure Nkosazana Dlamini-Zuma's victory a day before the vote. Mabuza did get the 2,500 votes, but only for himself.

Dlamini-Zuma's tally was 239 votes short of the projected 2,500 votes, costing her the party presidency. It angered her supporters this week, with the ANC Women's League accusing Mabuza of using them.

"He outsmarted us," a Dlamini-Zuma campaigner conceded.

The Sunday Times has learnt that Mabuza did not instruct his supporters to shore up a particular candidate, as Dlamini-Zuma backers had expected.

Insiders said Mabuza had told Mpumalanga delegates moments before voting started to vote with their conscience.

While Dlamini-Zuma was defeated by Cyril Ramaphosa, her supporters were more incensed by Mabuza.

Mabuza is likely to be sidelined by the Zuma faction, which might force him to align with Ramaphosa when crucial decisions have to be taken.

Although he is an enigma to even those who work closely with him, he remains a popular leader in the party.

"He listens," a provincial leader noted, but added that they could never figure out what he thought.

It was assumed that he was a Dlamini-Zuma supporter because of the public narrative that he belonged to the "premier league".

Mabuza's lieutenants in Mpumalanga argued that the premier had not promised his support to any candidate.

"The only commitment we have is to unity," a leader close to Mabuza said.

A little-known clause in the ANC constitution may prove to be Cyril Ramphosa's saving grace.
Opinion & Analysis
4 years ago

Two weeks ago, Mabuza told the media that Dlamini-Zuma would only win the conference if factional politics was allowed to thrive. Commenting on why he was avoiding a factional shootout, he said: "How many times must we put ourselves through this?"

His province's endorsement of "unity" seemed to give Mabuza leverage between both sides, negotiating support for his longtime ally, Gauteng chairman Paul Mashatile, who was elected treasurer-general.

Mashatile's province is regarded as one of Ramaphosa's strongholds, hence this partnership has been embraced by Ramaphosa's backers.

Mabuza's absence during the closing ceremony on Thursday morning sent the rumour mill into overdrive.

There were claims that he had walked out without explaining himself. But it later emerged that he left because he "needed to rest".

His close allies this week revealed that Mabuza had not fully recovered from his 2015 health scare - the result of an alleged poisoning incident.

It was this incident that revealed a suspicious relationship between Mabuza and the Gupta family.

Six cabinet ministers have become ordinary ANC members after they failed to retain their seats on the party's powerful national executive committee.
News
4 years ago

Mabuza had accepted a lift from the Gupta family in their private jet to seek medical treatment in Moscow.

But Mabuza has gone out of his way to denounce allegations of his proximity to the Gupta family.

While his illness might have slowed his pace, those close to him would have you believe it has not slowed his shrewd mind.

Anecdotes of his leadership style include a chain-smoking habit and a cold, articulate tone that allows few to argue with him.

Mabuza's demeanour is rough around the edges, which might explain why he casually dropped an F-bomb during a live interview.

He has told the Sunday Times that he would see through his term as Mpumalanga premier, but is expected to become deputy president of the country should the ANC win the 2019 national elections.

His tenure as provincial leader is not squeaky clean.

Glimmers of hope for next year pump up growth call

His fist big scandal dates back to 1998, when Mpumalanga was revealed to have inflated matric results. Mabuza was the education MEC at the time.

When he became premier in 2009, about R14-million in cash allegedly disappeared from his Barberton farm home. Unanswered questions remain: police confirmed that only R4-million had been stolen.