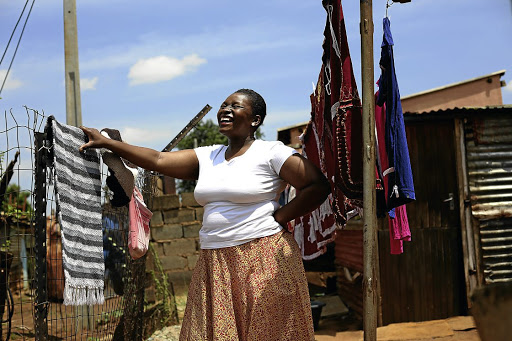 Sibongile Tshabalala had two more children after her husband died. Both are HIV-negative.
Image: Alon Skuy

As millions celebrate Christmas, Sibongile Tshabalala will be grieving her husband's death 11 years ago after "the government refused him Aids treatment".

Tshabalala's pain - and that of millions of South Africans - has been revived by a new estimate of the impact of withholding antiretroviral treatment, an approach advocated by former president Thabo Mbeki and his health minister, Manto Tshabalala-Msimang.

The study estimates that the policy cost 2,65 million adult life years, compared with what could have been achieved if South Africa had implemented World Health Organisation guidelines on access to ARVs from 2004.

This is the year that the nation's ARV programme began. After initially being hindered by Mbeki, it has grown to become the biggest in the world. It is estimated to have saved 1,72 million lives.

But this is cold comfort for Tshabalala, from Johannesburg, who was diagnosed with HIV in 2000 but had no access to treatment for six years. "I was bedridden by the time I was diagnosed," she said this week.

"I couldn't access treatment because it was not available, especially ARVs. I had to suffer opportunistic infections like tuberculosis in 2004, and my husband, Tsotang Mcineka, got sick in 2005. Unfortunately, he could not beat it.

"I believe he would still be alive today had ARVs been provided on time. People say the ANC should not have recalled Thabo Mbeki, but I say that was the right decision."

The University of Cape Town study said delays in the ARV roll-out had "contributed to substantial loss of life". It used a mathematical model to simulate mortality trends that would have been expected in the absence of ARV treatment and if treatment had been introduced earlier.

As South Africans flock to the coast, Cape Town's water crisis may be Durban's gain.
News
4 years ago 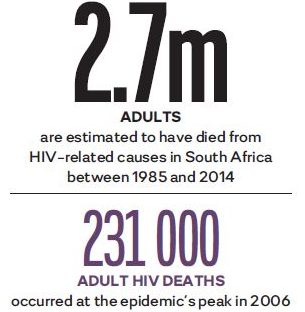 One of the co-authors of the study, Leigh Johnson from the Centre for Infectious Disease Epidemiology and Research, described the 2000s as "dark times for South Africa". He said the adult death rate rose rapidly; and that there were estimates that a third of children would be orphans by 2015.

"At the same time, President Thabo Mbeki equivocated over whether HIV causes Aids, and his defenders quibbled over whether the data showed evidence of a problem," said Johnson. "South Africa often boasts that it has the world's largest [ARV treatment] programme, but this is not particularly remarkable when you consider that it also has the largest HIV epidemic in the world. We are in danger of becoming complacent.

"A generation of HIV-positive South Africans may have risen like a phoenix from the flames of the Mbeki era, but more needs to be done to ensure that the phoenix does not fall back into the fire."

The UCT study found that a high proportion of HIV-related deaths were still occurring in people who had been diagnosed but had not started on ARVs, suggesting they were reluctant or unable to do so.

"Interventions to improve [treatment] retention and increase viral suppression will therefore also be important in reducing future levels of Aids mortality in South Africa," it said.

Thami Ntenteni, spokesman for the Thabo Mbeki Foundation, declined to comment on the findings of the study.

Sentimental Christmas gifts are more likely to delight your loved ones than superficial choices, researchers have found.
Lifestyle
4 years ago

Anele Yawa, general secretary of the Treatment Action Campaign - which was at the forefront of the campaign for universal ARV access - said he was not surprised by the foundation's silence.

"Thabo Mbeki allowed mass murder on his watch because of his theory that ARVs were toxic," said Yawa. "What he needs to do is apologise to the people and families of people who died of HIV and Aids.

"The government did not provide treatment willingly. We had to take the government to court as civil society, embark on civil disobedience. It is sad that Manto Tshabalala-Msimang died, but thank God Thabo Mbeki is still alive for the world to see his lies and the betrayal of his people."

This Christmas will be another sad reminder of the untimely death of Tshabalala's husband at the age of 32.

She has benefited immensely from the ARV treatment programme.

"I had one child with my husband," she said. "But I had two more after I discovered that I was able to have children, even though I was living with HIV. They are both negative. I am really happy."