Siam Lee's cry for help: ‘Sex work has turned me into an emotional wreck’

Siam reached out for help weeks before she was killed, allegedly by ex-client 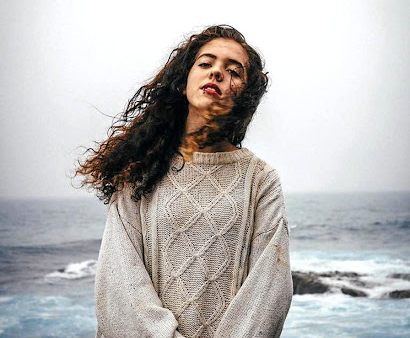 Weeks before Siam Lee was murdered and her body torched in a sugar-cane field, she made a desperate plea for help.

Siam reached out to an organisation that aids sex workers and told of her despair in having to lead a double life while moving from one brothel to another, all the while maintaining a façade for her family and friends.

She described the circumstances that had led her from the corridors of Crawford College to the dimly lit rooms of a massage parlour, and said her service of "sensual massage" had helped keep a roof over her head and supported her mother when she herself was not able to work as an escort.

"The emotional wreckage it's causing is much more severe that the physical draining," Siam wrote in a cry for help. "My friends and family don't know what I'm doing... my trust fund collapsed when I turned 18 and I had to resort to doing what I do to pay for a roof over my head for my mom and I."

But before she could make her escape, the 20-year-old was abducted and killed, allegedly by a former "John" who had become obsessed with her.

Police had searched the city's sex houses and scoured the province for Siam, who was last seen with a man with a black panel van, barefoot and in a cotton dress.

After finding Siam's charred body, the police's investigations led them to a stone house in Assagay replete with a rose garden, the hideaway of a well-educated 29-year-old businessman. He was arrested and will appear in court tomorrow.

Siam's mother, Carmen Nans Lee, told the Sunday Times that she'd dropped Siam at what has now been exposed as a suburban brothel in Durban North, because the young woman had clients booked for the day, despite being sick from a New Year's Eve party she and her mother had celebrated together.

"I haven't washed her tie-dye dress she wore that night, I sleep with it every night," Carmen wept.

"People have asked why Siam wasn't working behind a bar or as a waitress, but she did that for three years.

Private investigator Brad Nathanson vowed not to shave until there was an arrest in the Siam Lee murder case. On Thursday morning the Durban-based PI ...
News
3 years ago

"All her friends were going off to university and she was between a rock and a hard place.

"All she ever did was sensual massage, she never did more than that. She was this hot 20-year-old who didn't put out, so guys were obsessed with her."

Carmen, an escort herself, said her daughter had entered the sex trade just eight months before.

"We started working together because I didn't want her to work on her own because she was so naive and I didn't want guys taking advantage of her. We called ourselves an instructor and a student in training and she didn't do anything without me being in the room," she said.

In June Carmen was badly burnt with boiling water while embroiled in a brawl with another sex worker. 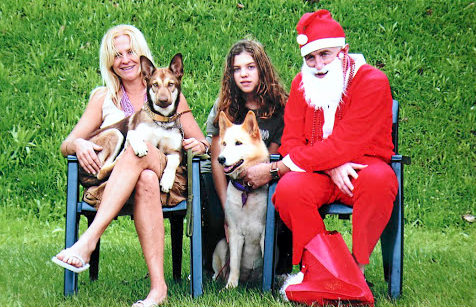 She was unable to work, and the Lees were destitute, with Siam forced to work on her own to support them.

"After I got burnt I couldn't work and Siam said: 'Mommy, I have to work on my own now, I'll be fine.'

"I never wanted her to be on her own in this industry. I was worried that if it ever got out that she was doing sensual massage that her name would be dragged through the mud," Carmen said.

"She looked me in the eyes and told me that she didn't care.

If it were not for the intuition of a seasoned Tiso Blackstar photographer‚ the fate that had befallen Siam Lee might never have been known.
News
3 years ago

Siam's father, Howard Greenspan, a wealthy businessman, was murdered in his Clifton penthouse apartment in 2005.

This, Carmen said, began a protracted legal dispute for Siam's claim to his estate.

"Since her father passed away she hasn't gotten a thing. I kicked and screamed to make sure the estate paid for her to go to private school and even then they stopped paying her fees halfway through her matric year," she said.

"Out of their greed, Siam was left no choice. After leaving school she waitressed and modelled, but she couldn't make ends meet. She was forced to do this for the last couple of months."

A counsellor who spoke to the Sunday Times on condition of anonymity said: "She sent us a message in September [and] we spoke several times over the phone. The last I heard from her was on Boxing Day, when she said she had some clothes that we could donate to the street ladies.

"She would always say that she was so emotionally broken and she was done with the game.

"Every single one of our girls is doing this for survival and a lot of them are so profoundly broken that they don't see that there is any way out."