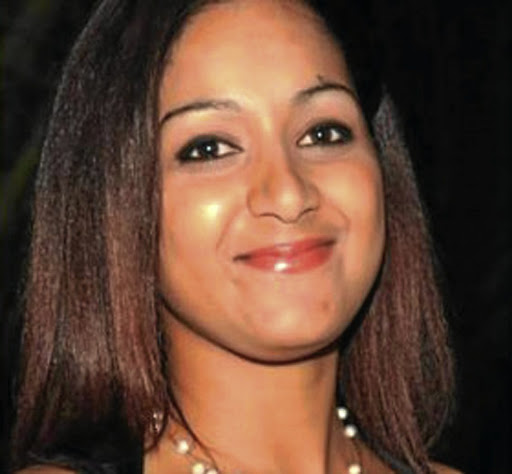 Leanne Williams has also been associated with ex-convicts Gayton McKenzie and Kenny Kunene, who are said to be close to Zuma.
Image: Supplied

Off-the-wall appointments have been a hallmark of the Jacob Zuma presidency, but none as odd as his apparent attempt to appoint a political novice to the sensitive post of national police commissioner last year.

Sources said Zuma planned to mark Women's Day on August 9 with the announcement that Leanne Williams, who boasts three degrees in banking and financial management but absolutely no experience in policing, was to be South Africa's No1 crime fighter.

He even wanted to skip the interview process, sources said.

South Africa was only saved from Williams being the new top cop by Zuma's colleagues' insistence that she undergo a formal vetting process, which she failed.

Zuma had wanted to make the appointment on the strength of a newspaper clipping in which Williams was profiled as one of a number of Eldorado Park, Johannesburg, women committed to fighting crime and drugs in their community.

She has also been associated with ex-convicts Gayton McKenzie and Kenny Kunene, who are said to be close to Zuma.

Her only political experience appears to be her having stood as the candidate of their party, the Patriotic Alliance, for the post of Johannesburg mayor in the 2016 local government elections. She lost to the DA's Herman Mashaba.

Zuma was apparently so impressed by Williams, 36, that he excitedly told colleagues he had found "a real crime-fighting woman" for the post, and wanted to unveil her as his new police chief at the government's Women's Day celebrations at Galeshewe, Kimberley.

"He was ready to move ahead ... but a plan was hatched to convince him that the woman needed to be interviewed," a cabinet member speaking on condition of anonymity told the Sunday Times.

An alarming roll call of his predecessors as SA’s top cop have left under a cloud of corruption or just plain incompetence. South Africans are hoping ...
News
3 years ago

Williams's appointment would have been Zuma's last major choice to fill a top job, after a string of high-level flops on important posts, among them Shaun Williams as head of the NPA and Busi Mkhwebane as public protector.

It appears he did not learn from the ill-fated appointment of another non-police officer, Riah Phiyega, who bungled the Marikana standoff that led to the deaths of 34 miners in a widely criticised police operation in August 2012.

Williams had already served the PetroSA board with her resignation ahead of the planned announcement on August 9.

Presidency spokesman Bongani Ngqulunga said: "The Presidency will not engage in speculation and gossip about who may or may not have been a candidate for this position or any other."

Sources told the Sunday Times that Zuma's allies feared Williams's appointment would give control of the police to McKenzie and Kunene. "We had just saved him from a motion of no confidence in parliament and then he wanted to appoint this woman. That was not only going to affect him but embarrass the ANC," said one cabinet member.

"She failed the vetting process; there were some complications which can't be revealed," said another cabinet member.

According to another source, officials in the Presidency were told to get Williams's CV ready but no one had a clue who she was. It was during that process that officials discovered her links to McKenzie.

Did Zuma try to trade Venda coronation for access to bond cash?
News
3 years ago