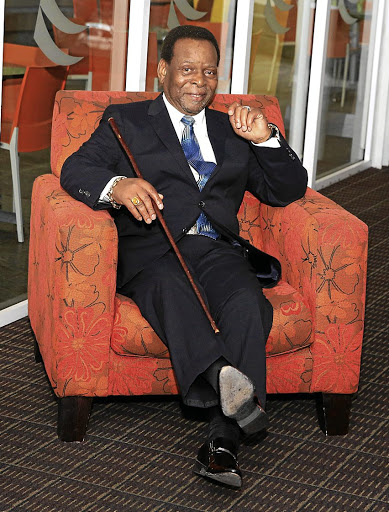 King Goodwill Zwelithini complained that too many employees were absorbed by the trust after the dissolution of the royal household.
Image: Thuli Dlamini

It has taken 10 years and millions of rands, but King Goodwill Zwelithini has finally publicly broken his silence about the failure of the Royal Household Trust.

The trust was established by former KwaZulu-Natal premier S'bu Ndebele in 2007, and millions of rands of taxpayers' money was pumped in for the king's upkeep and that of his six wives and their children.

This week, during the official opening of the KwaZulu-Natal legislature in Pietermaritzburg, the king, who receives an annual salary of over R1-million and is allocated a budget of nearly R60-million by the office of KwaZulu-Natal premier Willies Mchunu, said the trust had failed and he did not benefit from it.

"I'm not getting paid from the budget of the Royal Household Trust. Maybe some people think I am getting a salary," he said.

Then he turned to Ndebele, who was a guest at the official opening of the legislature, and said: "I'm happy that the person who started the king's trust is here. I know you meant well but it did not go according to the way you wanted it to be."

The king complained that too many employees were absorbed by the trust after the dissolution of the royal household department and that he did not know what they were doing. He said he was also not consulted about how the budget was allocated.

"I always worry that no one comes to me to explain how the royal household budget is going to be like, but when monies have been misspent the insults are directed at me and the Zulu royal family," he said.

He also questioned why the offices of the trust were located in Durban when the royal family was in Nongoma in northern KwaZulu-Natal.

The king cited the R10-million allocated by the provincial government for the upgrade of his Emachobeni royal palace in Ingwavuma in northern KwaZulu-Natal as an example of how money was misspent.

He said work done at the palace was not worth even R7-million.

"I have asked the provincial government to send a team of officials to investigate about R10-million which was used for the upgrade," he said.

• 7 is the number of palaces at the king’s disposal

Ndebele declined to comment on the king's remarks and referred queries to Mchunu, whose spokesman did not respond to queries.

The trust has been operating as an entity in terms of the KwaZulu-Natal Royal Trust Act, but there is still no clarity on its legal status or its ability to generate funds for the royal family.

Last year the royal family was allocated R58.9-million - a R10-million increase from the previous year. A portion of that budget is allocated to cater for the remuneration of staff, seven board members, as well as the queens' expenses, including travel and accommodation.

The trust provides costs such as tuition fees, transportation and medical expenses for the royal family as well as the king's largely moribund 10 farms.

The royal household budget was moved to the premier's office following years of excessive spending by the royal family and it was for that reason that Ndebele mooted the idea of a trust in 2007, with the intention to explore whether the royals could raise money for themselves through tourism and other ventures.

The trust's annual report for the same year revealed that its liabilities exceeded assets by R3.2-million and that it had a R539,000 deficit.

KING CALLS FOR CASH FROM ALL ZULUS

During his address at the opening of the KwaZulu-Natal legislature, King Goodwill Zwelithini asked for all Zulus to donate R5 each for the fight against the proposed dissolution of the Ingonyama Trust. The king vowed that Zulus will never allow that their land be taken away from them and they will be prepared to die over this issue. He said he would soon open accounts with all four major banks, as well as Capitec and Ithala, where he implored all Zulus to contribute.

Zulu King Goodwill Zwelithini plans to sue MiWay over a leaked conversation between one of the insurance company's sales reps and himself.
News
4 years ago

KwaZulu-Natal Premier Willies Mchunu has weighed in on the sensitive land debate‚ and has vowed that the province will not support any attempts to ...
News
4 years ago

Zulu King Goodwill Zwelithini has questioned the establishment of the Moerane Commission of Inquiry into political killings in KwaZulu-Natal and has ...
News
4 years ago