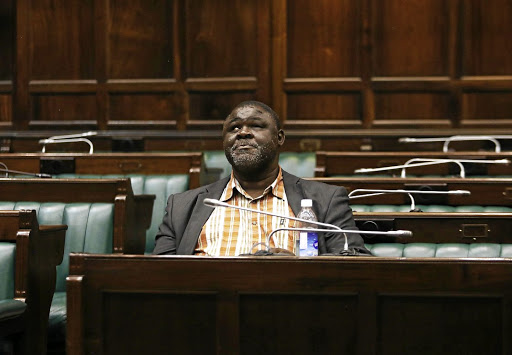 The SABC splurged more than R700,000 on a luxury German SUV to chauffeur one of its controversial former board chairmen at a time when the public broadcaster was bleeding money.

The Sunday Times understands that the Audi Q5 procured for former SABC board chairman Mbulaheni Maguvhe is now gathering dust in an Auckland Park parking lot, unused since his exit from the broadcaster.

The spending on the luxury SUV, which took place in July 2016, was kept under wraps until this week, when it was quietly exposed by former communications minister Mmamoloko Kubayi-Ngubane in a written reply to a question from the DA.

The reply shows that the cash-strapped SABC, which at the time was battling to stay afloat and whose staff were requested to accept low salary increases, forked out R740,000 for the Audi SUV.

Broke flag carrier SAA is splurging up to R35-million on bodyguards for five "key personnel" in anticipation of an unpopular announcement from the ...
News
4 years ago

Maguvhe's vehicle was topped up with "dark-tinted privacy glass" at a cost of R4,623, xenon lights for R11,000, an electronic towbar for R10,000 and an "electrically opening and closing" luggage system for another R5,500.

SABC spokesman Kaizer Kganyago said the vehicle was used to transport Maguvhe to and from his full-time workplace at the University of South Africa in Pretoria to attend board meetings in Johannesburg after the broadcaster experienced a "challenge with a service provider".

Kubayi-Ngubane said the Audi Q5 was bought following a decision by the governance and nominations committee of the SABC due to Maguvhe's visual disability.

"The vehicle was purchased to transport the previous chairperson of the board because of his disability [blindness]. One assigned driver from SABC transported him to various commitments which related to his position," she said.

Van Damme said as a nonexecutive director of the SABC, Maguvhe had simply not been entitled to the benefit, because he was not an executive chairman.

She claimed the vehicle was a "sweetener" to keep Maguvhe from getting in the way of two SABC head honchos at the time, chief operating officer Hlaudi Motsoeneng and chief finance officer James Aguma.

"I do not think his disability required the purchase of a vehicle of almost a million rands, particularly at a time when the SABC was struggling to keep afloat and staff salary increases were frozen," said Van Damme.

"I believe the purchase of the vehicle was part of the sweetener Maguvhe was provided with by Hlaudi Motsoeneng and James Aguma, which meant he overlooked the plunder of the SABC's resources, mismanagement and ill-treatment of SABC staff.

"Maguvhe severely failed to discharge his fiduciary duties as a chair and is to blame for the turmoil the SABC found itself in, and is being cleaned up," said Van Damme.

Kganyago said the SABC bought the vehicle because the transport company the SABC contracted with had used "different drivers".

"The challenge was that the service provider we used often sent different drivers to fetch him and this posed a potential risk considering his condition, and a risk to the corporation as he carried important SABC information with him to the meetings.

"He also answered private calls relating to the SABC business during these trips," said Kganyago.

"Considering these challenges, the board then requested Professor Maguvhe to articulate his needs in order to deal with this matter.

"It was then decided that a car should be purchased for Professor Maguvhe and he was also provided with a braille machine to convert documents to a format that he could read.

"A decision has been made by the board to sell the car and the process is under way as per SABC asset disposal policy."

Kganyago said current board chairman Bongumusa Makhathini was not being provided with a car.

Maguvhe on Friday answered his phone but hung up as soon as the purpose of the call was explained to him.

Shakeup at SABC as Robert Marawa finally returns to radio

Popular sportscaster Robert Marawa is set to join Radio 2000 next month as the host of a new two-hour sports show between 5pm and 7pm on week days ...
Sport
4 years ago

The South African Broadcasting Corporation (SABC) announced on Thursday that veteran presenter and journalist Bongani Bingwa will join its news ...
News
4 years ago

SABC board member Febe Potgieter-Gqubule has resigned to take up a post at Luthuli House.
Politics
4 years ago