How Cyril Ramaphosa has moved to rein in defiant Supra Mahumapelo 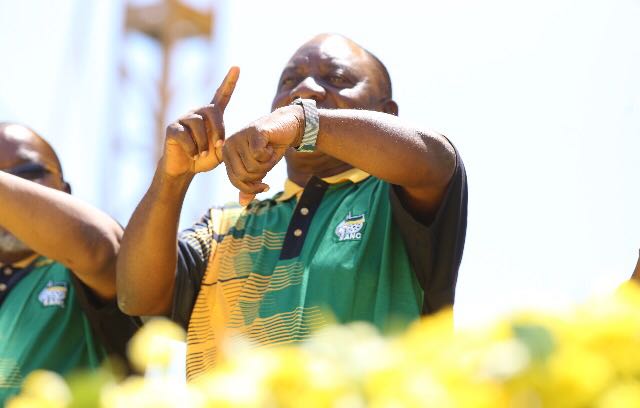 President Cyril Ramaphosa has seized total control of North West, the first time the national government has taken over an entire provincial administration.

At the same time, two-thirds of the province's municipalities are being taken over by the Department of Co-operative Governance and Traditional Affairs.

The moves are a dramatic intervention by Ramaphosa against North West premier Supra Mahumapelo, who reneged on a public undertaking to step down this week and instead took a leave of absence without presidential approval.

Ramaphosa has written to the National Council of Provinces, informing it that he is placing the entire North West government under the control of the national executive in terms of section 100 (1) of the constitution.

Senior ANC and government sources said Ramaphosa took the decision on Wednesday after the cabinet was briefed by an interministerial committee on the troubled province.

The task team to North West was led by Minister in the Presidency Nkosazana Dlamini-Zuma. It was sent after weeks of violent protests against Mahumapelo's rule and allegations that he was using the provincial government as a personal piggy bank.

Ousted Cape Town mayor Patricia de Lille wants a diplomatic posting to the US in return for joining the ANC.
News
4 years ago

"The chairperson will table the president's letter for the attention of members of parliament. The matter will follow an ordinary course of parliamentary procedure," said Mothapo.

The NCOP will set up a special committee to receive progress reports from the national North West intervention team.

Mlungisi Mtshali, the spokesman for Dlamini-Zuma, said the interministerial committee was scheduled to visit the province on Tuesday after the cabinet resolved it should report back to provincial stakeholders this week.

Sources in the ANC said Mahumapelo was due to meet the top six officials of the ANC, including Ramaphosa, tomorrow. Among other things, they will communicate the section 100 constitutional intervention to him.

Mahumapelo declined to speak to the Sunday Times but is understood to be planning a fightback at the next meeting of the ANC national executive committee in two weeks.

Those close to him said he would question the role of the SACP in moves to oust him.

The president's intervention means Mahumapelo and his MECs would be lame ducks for the next six months because they would report to the intervention team to be put together by Ramaphosa.

Phephelaphi Dube, the director of the Centre for Constitutional Rights, said that while she had not seen Ramaphosa's letter it was likely provincial government officials would remain in their jobs but take orders from national government.

"It means the provincial officials will carry on with their duties, but with diminished responsibilities and without the final say on matters pertaining to that provincial government," she said. 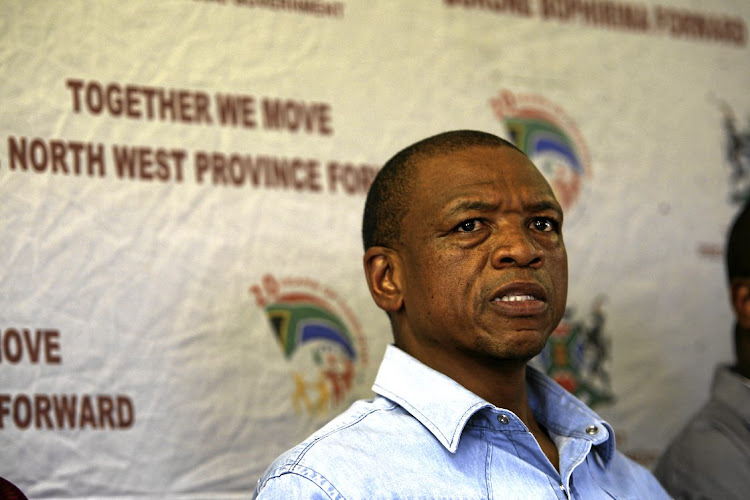 Supra Mahumapelo declined to speak to the Sunday Times but is understood to be planning a fightback at the next meeting of the ANC national executive committee in two weeks.
Image: Tiso Blackstar Group

"Normally, as with Limpopo [in 2011], the president sets up a task team composed of cabinet members and some provincial officials to run that particular department.

"At times such intervention is limited to monitoring and evaluation, which is not that intrusive, and at times it involves Treasury redirecting or stopping funds."

A government official familiar with the matter said: "All those provincial MECs and heads of departments will report to the presidential task team that will be backed up by senior bureaucrats and specialists from national [government], while a special committee of the NCOP will receive regular reports."

The last time the national government made a substantial provincial intervention was in 2011, when Limpopo teetered on the brink of bankruptcy following financial irregularities. The provincial treasury, education, roads and transport, public works, and health and social development departments were under administration for more than three years.

The ANC leadership has been under pressure from some of its provincial structures and civil society since January to remove Mahumapelo, culminating in protests last month amid allegations that he was using the provincial government to enrich himself and his inner circle.

North West was plunged into chaos in March when health workers went on strike after it emerged that a Gupta-linked company, Mediosa, had received a R30-million payment from the provincial health department and a further R180-million for a mobile clinic.

This was while other service providers who had done work for the department were told they would be paid only in the new financial year.

But he warned that Mahumapelo was likely to frustrate the intervention because he remained the ANC provincial chairman.

"It curtails them, it takes away their fuel, because now they can't get their hands on budgets," said Mathekga. "But I don't think this will do the job as long as they [Mahumapelo and his faction] remain in control of the political levers at a party level.

"I think they are going to go and mobilise, even in KwaZulu-Natal ... and it's going to be very difficult for the national leadership to make this intervention effective."

Obed Bapela, the deputy minister of co-operative governance and traditional affairs, said his department would also be placing 12 of North West's 18 municipalities under its control following leadership and management collapses.

"We will have to have those municipalities turn things around. We may then use the applicable laws [to intervene] ... so that services can now begin to reach the people and money can be spent for what it is intended for," said Bapela.

There is no denying that the coming general elections will be the most exciting and toughest since the first democratic elections in 1994.
Opinion & Analysis
4 years ago

Disgraced former ANC spokesman Carl Niehaus has done it again - creditors are after him because he allegedly failed to pay his rent and honour a loan ...
News
4 years ago

The DA attacks people like Mugabe, Gaddafi and Chávez, never Bush, May or Trump, and it needs to liberalise itself before it will attract black voters
Opinion & Analysis
4 years ago