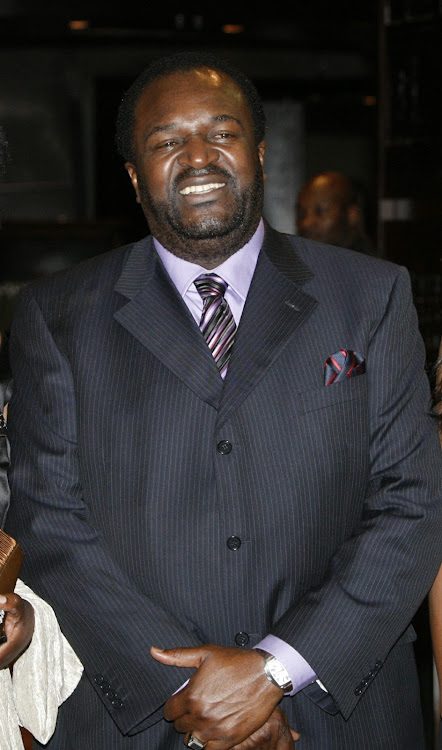 James Makamba's sprawling Johannesburg property could soon be confiscated by Absa bank to recover a $4.5-million (R59-million) debt owed by the Zimbabwe businessman.

The debt is understood to have accumulated in mortgage, credit-card and vehicle financing accounts the businessman opened with Absa's wealth unit.

Makamba, who is a top Zimbabwean businessman and close ally of former president Robert Mugabe, put up the Sandhurst property, Villa Royale, as surety.

The five-bedroom mansion, complete with wine cellar and private chef, costs R80,000 a night to rent, and has accommodated the likes of US rapper Nicki Minaj.

On the website that rents it out, Makamba says: "I am Zimbabwean by birth, but live in the United Kingdom now. However, with my many business ventures, I often find myself back in Africa and for this reason Villa Royale was created.

"When you walk in the door, you will be greeted warmly by our dedicated arrivals staff and personal butler. The uncompromising luxury and comfort is [sic] evident from the minute you arrive - it's a home that surpasses all in terms of design and decor. Villa Royale is full of delightful surprises ... from the elevator to the beautiful entertainment area; private gym to in-house theatre, this is a destination that will not disappoint."

It has disappointed Absa, however. Correspondence seen by the Sunday Times this week shows Makamba has fallen short of his obligations to the bank. The bank's attempts to recover the money include discussions with senior management at Barclays Zimbabwe about how to facilitate the transfer of funds into a South African account.

Sources close to Makamba said the 66-year-old businessman had tried to make a payment of $1-million to a local account nominated by Absa in October last year, by making use of Treasury instruments he holds worth $20-million.

"Please let us know whether Absa would accept US dollar-denominated Treasury bills of one-year tenure in lieu of USD payment in respect of Makamba's obligations," one of the letters said, as Makamba looked for ways to repay the bank and avoid having his Sandhurst property repossessed.

Why are you dealing on negatives instead of positives

Makamba refused to comment on the matter yesterday. "Why are you dealing on negatives instead of positives?" he asked the Sunday Times.

The looming repossession adds to a long list of troubles Makamba has faced since his return to Zimbabwe in December after 13 years in self-imposed exile.

The troubles include boardroom squabbles for the control of Telecel Zimbabwe, the country's third-largest mobile operator, an unsuccessful attempt to return to politics and attempts to block the revival of a 2005 case of externalisation of funds.

An extraordinary general meeting of Telecel Zimbabwe on Thursday finalised Makamba's exit after decades as chairman.

New chairman Gerald Mlotshwa said it was a relief to put "legacy issues" to bed. "We will be meeting shortly with our co-shareholder, Telecel International, to map the way forward operationally, particularly in relation to recapitalisation of Telecel, which requires at least $400-million over the next three to four years, mainly for network expansion and upgrades," he said.

"There is, of course, the need to put to rest the outstanding licence fees. The capacity to finance these costs is there. However, the manner and means in which this will be achieved will be made public in due course."

Makamba will receive $11-million for his Telecel Zimbabwe shares. He sold off a remainder of 30.25% equity in holding company Kestrel Corporation to MHMK Group, controlled by Mlotshwa and George Manyere.

In the early 1990s, Makamba was Zanu-PF chairman in Mashonaland Central and became the MP for Mount Darwin in 1995. But his bid to return to politics and represent Zanu-PF in Mount Darwin failed in April.

He was barred from taking part in the party's primary elections after he leaked a video intended to smear President Emmerson Mnangagwa.

Since his return from exile, there have also been attempts to revive six charges of exchange control violation against him in 2005. He fled the country after a warrant of arrest was issued relating to transactions involving £3.7-million, $2.1-million and R15-million.

Makamba told the Sunday Times yesterday the warrant was cancelled on Friday, after he had appeared in court. "I am bringing investors and you don't ask me about them, only negatives," he said.

Zimbabwe opposition political parties are locked in talks on a potential coalition government.
News
3 years ago

Zimbabwe poll reform moves are too little, too late

Opposition legal eagles were caught napping by President Emmerson Mnangagwa's election proclamation and face going to the polls without the voting ...
News
3 years ago