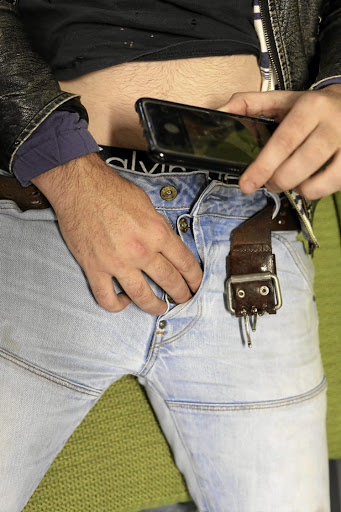 Lured by a beautiful face and the promise of steamy cybersex, a Johannesburg businessman eagerly shared explicit pictures of himself with a stranger he met online.

It cost him R170,000, which he paid to his extortionist - a man posing as a woman - to not reveal incriminating pictures of his genitals to his wife and children.

Married men and boys as young as 12 are increasingly falling prey to "sextortionists" who demand money in exchange for not sharing nude videos or images with the victims' wives, bosses, teachers, friends and parents.

The men are being lured into honey traps, mainly through social media platforms such as Instagram, Facebook and WhatsApp, and dating websites. Others are being blackmailed by escorts, with whom they willingly pose for raunchy shots - or they are secretly photographed and sometimes filmed while in the throes of passion.

Private investigators and cyberlaw experts said they were inundated with frantic calls from petrified men.

The modus operandi has made them believe there could be sextortionist syndicates operating in SA.

Few victims go to the police, because they fear being publicly named and shamed.

In the case of the Johannesburg businessman, he turned to Pretoria security specialist Mike Bolhuis for help.

"The extortionist made a payment arrangement with him, so every month on the 28th, he had to pay up," said Bolhuis.

When Bolhuis stepped in, he said, the blackmail stopped.

"I've had about 150 cases relating to sextortion come to me in the past month or so," said Bolhuis.

"We suspect that these sextortion rings are operating in the big cities like Durban, Cape Town and Johannesburg.

"They scour the market and see what is the latest trend that would work. The one that has always been a good thing is sexual communication."

Bolhuis said most of his clients were lured on WhatsApp and Facebook, where they were randomly approached by the extortionist with casual chats, which developed into sexual exchanges.

"It's mostly men who are looking for extra pleasure. They think they can engage in sex talk and get away with it.

"These scamsters are good, they are usually men who know how to speak like women and entice their victims with beautiful photos and raunchy talk.

These scamsters are good, they are usually men who know how to speak like women and entice their victims

"Then pictures are requested … men usually work themselves up and send pictures and sometimes videos, which are very explicit, almost pornographic."

Bolhuis said he had also dealt with cases where e-mails were hacked and information used to blackmail victims.

"They sometimes ask for cash, others ask for bitcoin. "

"The youngest was a 12-year-old boy and the oldest was a 68-year-old man. In the case of the boy, he shared pictures of his penis with a woman he met on a messaging application called Kick.

"The woman demanded $500 [R6,900] via MoneyGram from the boy. He freaked out and told his parents about it. His father then approached me for advice."

A young Sandton business executive coughed up R38,000 before turning to Sadleir.

"He shared nudes of himself with a man on Grindr."

The modus operandi in most cases appeared so "strikingly similar that we believe there to be a syndicate operating", she said.

"The greatest challenge we face is that the sextortionists use phones that have not been Rica-ed and change phone numbers constantly - so tracing their real identity is an extremely challenging task.

"Payment is always requested via an untraceable money transfer service, like eWallet, CashSend and MoneyGram.

"With the calls we get, it's like we're reciting a script. I tell them to block the person, don't pay any money and tell your wife you've been a naughty boy."

Sadleir said the warning sign for middle-aged men should be if a beautiful girl expresses interest in them.

Durban private investigator and digital forensic expert Rick Crouch said in the past month he has had five cases of married men who have been blackmailed by escorts.

"All these guys have gone to the same website where they meet these girls. It seems when these escorts fall on hard times, they go through their little black books and start threatening them.

"I have advised guys never to make that first payment.

"Once you make that first payment, they keep coming back."

Crouch said that some of the men posed with the escorts for pictures, while other
pictures were taken without the men's knowledge.

Why sexting must be taught at school

Sex education remains a fiercely debated topic, both in the media and among politicians.
Lifestyle
3 years ago

An upmarket KwaZulu-Natal Montessori school is embroiled in a sex-abuse scandal, with two parents - a sports coach and a traffic cop - accused of ...
News
3 years ago

Madeline Holden is on a one-woman crusade to help men take better photos of their penises. Her Tumblr, Critique My Dick Pic, aims to increase the ...
Lifestyle
3 years ago