'Hawks guards' said to be Russian-trained 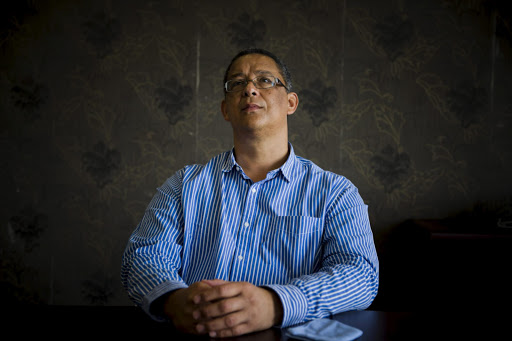 Ipid head Robert McBride says he is trying to track the 16 Hawks 'security guards' in the police system as they had effectively become 'ghosts'.
Image: Gallo Images / Foto24 / Alet Pretorius

Sensational new claims about a mysterious Russian-trained police death squad that may have been involved in political assassinations, break-ins and harassment during the Zuma presidency are set to rock the Zondo commission of inquiry into state capture.

Independent Police Investigative Directorate (Ipid) head Robert McBride is set to tell the commission he is investigating the whereabouts and activities of the squad, which was trained in "offensive warfare". This included sniper training, the use of rocket launchers and ambushes.

McBride met commission members on Friday to discuss what evidence he could present on the role of the police in aiding and covering up state capture. He said information on the foreign training of the covert squad is in classified police documents which deputy chief justice Raymond Zondo can subpoena.

There's a new sheriff in town, and his name is Godfrey Lebeya

From growing up in a Limpopo village, to heading the police's most powerful investigations unit, Lt Gen Godfrey Lebeya - the man with the unenviable ...
News
3 years ago

McBride told the Sunday Times that in late 2016, 16 men were hired on the pretext of guarding offices of the Hawks, but were sent for specialist training to Russia. Weapons training might also have been conducted in China, he said.

The Russian embassy in SA confirmed that its government offers "professional development and advanced training" to the South African Police Service. But embassy spokesperson Alexander Kulyaev denied this was "tactical warfare" training.

It is not clear whether this is the programme the Hawks "security guards" went on.

McBride said he was trying to track the 16 people in the police system as they had effectively become "ghosts".

The Hawks 'security guards' were trained to kill people. This looks like a rerun of the Caprivi training

"They were trained to kill people. This looks like a rerun of the Caprivi training." In the late 1980s, Inkatha members received paramilitary training in the Caprivi Strip leading to the creation of hit squads that perpetrated violence in KwaZulu-Natal and Gauteng.

McBride said thousands responded to the advertisements for the security guard jobs but none were interviewed.

"A group of 20 who did not apply were shortlisted. They were obviously pre-prepared somewhere. The group came down to 16 who were then sent for offensive training."

Ten were from northern KwaZulu-Natal. "I am worried about the political murders in KwaZulu-Natal and whether they had any role," said McBride.

There is suspicion the group could be linked to other stealth operations, such as break-ins at facilities, including the offices of the chief justice last year, and surveillance and harassment of people who resisted state capture.

Hawks spokesperson Brig Hangwani Mulaudzi said: "The [Hawks] can confirm that certain personnel who were intended to be security guards were hired following adverts. The hired personnel were transferred to crime intelligence. They are no longer on the strength of the [Hawks]."

Crime intelligence spokesperson Brig Vish Naidoo said he could not comment on matters under investigation by Ipid.

The Hawks, under former head Berning Ntlemeza, are emerging as a key player as the commission unfolds. Former deputy finance minister Mcebisi Jonas, former ANC MP Vytjie Mentor and former government spokesperson Themba Maseko have told the inquiry about attempts by senior Hawks officials to sabotage investigations or intimidate them.

The Sunday Times has learnt that Ipid has taken over the docket on Hawks anticorruption head Maj-Gen Zinhle Mnonopi, who was suspended after Jonas's evidence. Jonas testified that Mnonopi tried to get him to sign a false statement to "kill the case" relating to an alleged attempt by Ajay Gupta to offer Jonas the position of finance minister.

McBride said Ipid was pursuing an alleged "dirty tricks" campaign by the Hawks and the National Prosecuting Authority (NPA) to kill the state capture cases and pursue those who were opposing the Guptas.

He said the Jonas matter could be a "model case" as Jonas said in his testimony Mnonopi had told him the draft statement had been "settled" by a prosecutor.

"We want to know who that person in the NPA is."

McBride himself and two of his Ipid colleagues were charged by the Hawks in 2016 with fraud and defeating the ends of justice. This related to their investigation of former Hawks head Anwa Dramat, accused of the illegal rendition of Zimbabweans in 2010.

Contacted for comment, Ntlemeza said this was "a sensitive issue". He added: "I cannot answer about issues of security."

Subversion of the Hawks is most alarming evidence from Zondo inquiry

Mcebisi Jonas has made a bombshell revelation at the state capture commission of inquiry about how the Hawks attempted to deliberately sabotage the ...
News
3 years ago