Relatives tag along on trips abroad at a cost of R7.6m to taxpayer 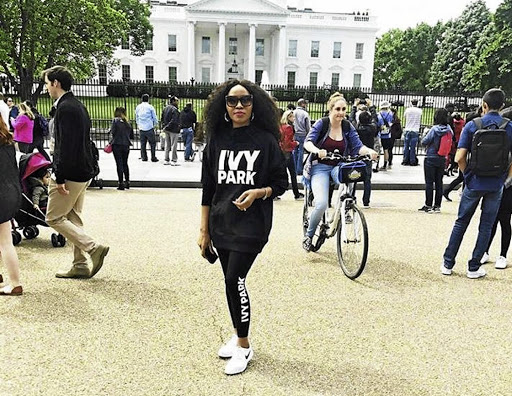 Norma Gigaba in front of the White House in Washington, D.C. Much of the National Treasury's spending on international spousal travel was incurred by home affairs minister Malusi Gigaba.
Image: Instagram

Cabinet ministers have racked up a R7.6m bill on luxury travel for their wives, husbands, children and other relatives to international destinations such as New York and Paris on taxpayer-funded official trips.

This has been revealed in answers to a series of written questions by DA MPs to each of the 35 cabinet ministers in President Cyril Ramaphosa's administration.

Ironically, current and former finance ministers who have been calling for restrained use of public funds amid a dwindling public purse have emerged as some of the big spenders.

The National Treasury forked out R1.92m for 13 trips by three ministers' spouses between 2014 and April this year.

Documents show that during his first stint as finance minister, between 2014 and 2016, Nhlanhla Nene spent R440,662 on travelling overseas with his wife, Lisa.

Since his reappointment in February, Nene has spent a further R123,427 on travelling with his wife to the spring meeting of the IMF in Washington, D.C.

Much of the National Treasury's spending on international spousal travel was incurred by home affairs minister Malusi Gigaba: R670,129 when he travelled with his wife, Norma, on investor roadshows to New York and several Asian countries during his tenure as finance minister.

The ministers have justified the trips by saying their spousal travel was not in breach of any law but in line with the stipulations of the ministerial handbook, which outlines the perks of office for cabinet members.

The DA has written to Ramaphosa, asking him to do away with such benefits for ministers because SA is running out of money.

The former Minister of Finance‚ Malusi Gigaba‚ likes to keep his wife close: Taxpayers have paid over R800‚000 for his spouse to accompany him on ...
Politics
3 years ago

Ramaphosa's spokesperson, Khusela Diko, said the president was still applying his mind to proposed changes to the ministerial handbook. "The president is on the record, however, calling for prudence in the management of the public purse and it is this principle which will drive consideration of any changes to be effected," she said.

Defence minister Nosiviwe Mapisa-Nqakula could be the biggest spender; it emerged that she has undertaken 29 international trips with her husband, Charles Nqakula. They travelled to cities such as Moscow, London and Paris, and such business-class flights cost at least R92,000 for a return trip. They also visited African destinations such as Lesotho, Ethiopia and the Democratic Republic of the Congo, but such flights cost less.

"The minister has no problem submitting costs to parliament should the member make a follow-up," said Peter.

Significant spending on spousal travel was incurred by the former minister of international relations, at R1.8m between 2013 and 2018. Current minister Lindiwe Sisulu has stated that she has not travelled with a family member since being appointed this year but has listed 28 countries to which her predecessor, Maite Nkoana-Mashabane, was accompanied by an "adult family member" between September 22 2013 and November 30 2017. 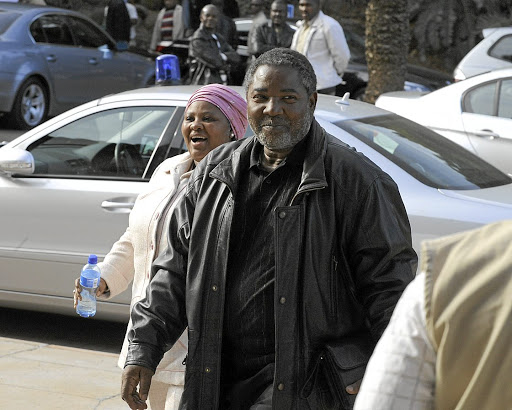 Documents show the family member scored R192,393 in subsistence and travel allowance during this period. On a 16-day trip to the UN General Assembly in New York in September 2015, the family member received R26,945 in daily allowances.

Sisulu declined to reveal the name of the family member, saying parliamentary protocol on questions to ministers did allow this.

Agriculture minister Senzeni Zokwana revealed that he had travelled with his wife, Siphokazi, twice; first on a seven-day trip to Paris in July 2016 at a total cost of R101,533, second on a trip to Copenhagen in August 2017 at a cost of R95,675.

Health minister Aaron Motsoaledi has travelled with his wife, Thelma Dikeledi, only four times out of his 49 trips over the past five financial years. Motsoaledi said one such trip, to Doha, was sponsored; the balance cost the taxpayer R203,137.

Basic education minister Angie Motshekga, married to senior ANC MP Mathole Motshekga, prefers to travel with their son Kabelo. She took him from Paris to Los Angeles for R47,578, and from LA to Johannesburg via New York, which cost the taxpayer R11,970, suggesting he flew economy class.

The DA's David Maynier said it was shocking that the government was spending so much on people who had no official duties to fulfil on those international trips.

Thandi Modise is resisting attempts by parliament to recover more than R125,000 paid to her because she thought she was entitled to the same perks as ...
News
4 years ago

The department of Public Service and Administration is being asked to explain a report that Minister Faith Muthambi wasted R300‚000 of taxpayer’s ...
Politics
4 years ago