Irate president asked why his pet projects were always blocked 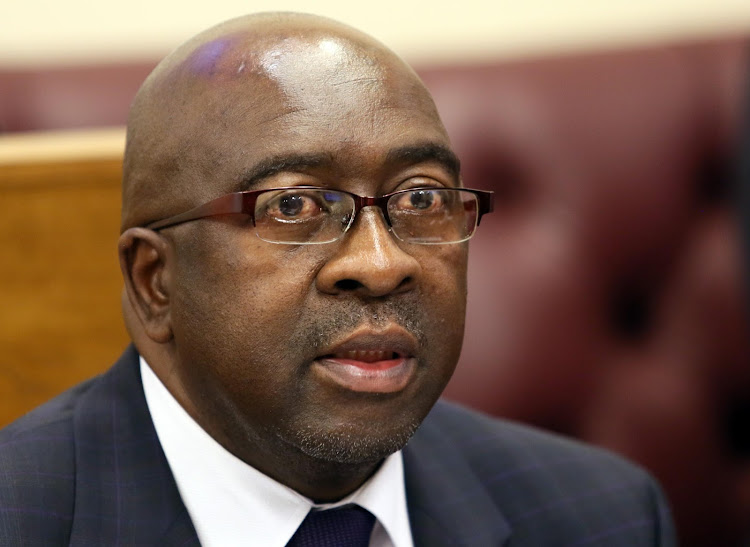 Finance minister Nhlanhla Nene will confirm for the first time this week how pressure to approve the R1.6-trillion nuclear deal led to him being fired in December 2015, and the intense pressure then-president Jacob Zuma exerted on the National Treasury to fund major projects that were unaffordable.

Nene will testify at the Zondo commission about a tense build-up to his firing, including how, on the eve of his axing, Zuma accused him and former Treasury director-general Lungisa Fuzile of obstructing mega deals that the president wanted approved.

This included the Treasury's refusal to issue a guarantee for PetroSA to buy a controlling stake in Engen from the Malaysian state company Petronas at double its value.

Nene's evidence will be the first in a wave of revelations to be presented to the inquiry into state capture by a high-powered line-up of former and current officials, including public enterprises minister Pravin Gordhan, Fuzile, and former deputy finance minister Mcebisi Jonas.

This is in response to Zondo's request to Jonas, when he testified last month, for evidence about the nuclear deal and the hostility from the cabinet towards the Treasury.

The officials will reveal that political pressure on the Treasury centred on four big issues, all of which related to Zuma allegedly using the state to help friends and connections. These are:

Nene will reveal how, the day before he was axed, then energy minister Tina Joemat-Pettersson presented the proposal for the 9,600MW nuclear procurement programme at a cabinet energy security subcommittee meeting.

Mixed messages will cost the ANC at the polls, president warns
News
3 years ago

At the meeting, Zuma asked Nene and Fuzile for their views. Both were strongly opposed, arguing that it was unaffordable.

An angry Zuma then questioned why the Treasury consistently torpedoed big projects that he had sanctioned.

The cabinet approved the nuclear deal the next day, meaning that bidders could present proposals for the construction of six to eight nuclear reactors at a cost of up to R1.6-trillion.

Evidence to come before the commission in the next few weeks will also reveal that Joemat-Pettersson made the same presentation to the ANC's top six officials the day before Nene's firing. This means that the ANC's top brass, including Cyril Ramaphosa, then deputy president, did not oppose the nuclear deal.

Nene's axing and the appointment of Des van Rooyen as finance minister was announced in a statement from the presidency on December 9 2015, the night that the cabinet approved the nuclear deal.

Mayhem on the markets and pressure from the banking sector led to the ANC officials convincing Zuma to remove Van Rooyen four days later and appoint Gordhan, which he grudgingly did.

The tension stemmed from the fact that, during his first term as finance minister, Gordhan had fended off pressure to issue the PetroSA guarantee of between R18bn and R20bn, insisting that due diligence first be conducted. The value of the company was between R8bn and R10bn.

Nene also refused to issue the guarantee during his term as finance minister.

It is understood that Zuma personally hounded Fuzile to make the PetroSA purchase possible, but Fuzile resisted.

When he appears at the commission next week, Gordhan will also testify about how he was under pressure from Zuma to comply with Myeni's demands for approval of the Airbus deal on her terms.

He will reveal why he resorted to going to court for protection against pressure to intervene on behalf of the Guptas when their bank accounts were terminated by SA's major banks.

Gordhan refused to attend meetings of an interministerial committee set up by the cabinet to look into the closure of the Gupta accounts.

This led to a committee, chaired by then mineral resources minister Mosebenzi Zwane, meeting the banks in Gordhan's absence and trying to force them to continue transacting for the family.

Nene and Gordhan will also give evidence confirming Jonas's testimony that he informed them of his meeting with one of the Gupta brothers in October 2015, in which he was offered the finance minister position.

Deputy Chief Justice Raymond Zondo has paved the way for the Hawks to finally access the “Gupta Leaks” emails - by receiving them into evidence at ...
News
3 years ago

State Capture: How the US got involved

US authorities have requested access to the GuptaLeaks email evidence – and made a copy of a clone of an original hard drive containing those emails‚ ...
News
3 years ago