The death squad that wasn't 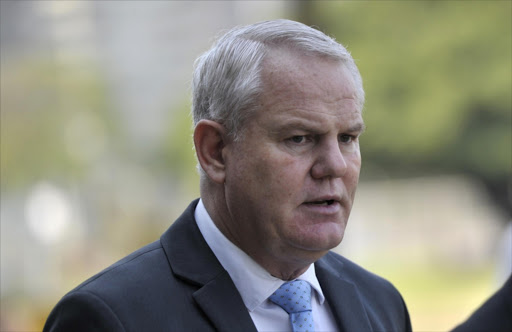 On December 11 2011 the first in a series of articles written by three journalists, Stephan Hofstatter, Mzilikazi wa Afrika and Rob Rose, were published in the Sunday Times. The articles told of a "rogue" police unit at Cato Manor in Durban, which under my command was responsible for a number of extrajudicial killings.

Terminology such as "assassinations, death squad, hit squad, bloody trail of killer cops, murderous and Vlakplaas" were accompanied by gruesome pictures of dead bodies that conjured up images of apartheid-era murders at the hands of police assassins. These articles were followed by similar ones written by the same journalists over several months.

Before the articles were published, I had heard that Hofstatter and Wa Afrika had met rogue elements within crime intelligence, some of whom were being investigated for looting the secret services account controlled by Richard Mdluli, former head of crime intelligence. I knew from one of the investigators, Col Vas Soobramoney, who worked under my command, that Mdluli had once travelled to Ballito, near Durban, from Gauteng in an effort to get Soobramoney to stop investigating by threatening him. He succeeded in intimidating Soobramoney, who moved to Johannesburg.

I contacted the Sunday Times's then editor, Ray Hartley, and demanded to be heard in terms of the audi altarem partem (listen to the other side) rule before the articles were published. Hofstatter arrived at my office at Durban SAPS headquarters and we had a recorded teleconference with Wa Afrika.

I made it clear to them that many of their allegations were false and contained inaccuracies. I informed them that on a number of points I had a completely different version and directed them to the National Prosecuting Authority (NPA), the SAPS Air Wing and Durban Central Police Station, where my version of events would be corroborated. Moreover, I told Hofstatter that some photographs he had of dead suspects had nothing to do with Cato Manor. I also informed them that their sources - who were known to me - were being criminally investigated by the Hawks.

But when the articles appeared a week later it was patently evident that no effort had been made to verify facts with the institutions I had referred them to. Instead, the versions of the suspects under investigation were published.

Although I told Hofstatter that some of the photographs had nothing to do with Cato Manor, a gruesome picture of five dead bodies was published with the articles. As it turned out, the deceased persons were shot by the dog unit after robbing a butchery in Durban. The article also falsely implied that Cato Manor killed a group of people, though they were actually shot by the Inanda police.

It would emerge that Hofstatter and Wa Afrika had not only abrogated their obligations as investigative journalists in checking facts and their sources, Wa Afrika had also actively colluded with one of the suspects, Thoshan Panday. Intelligence, obtained by Col Brian Padayachee from crime intelligence revealed that Wa Afrika told Panday to obtain a certain police docket that would reveal how I had intercepted a suspect in a helicopter so that he could be killed by Cato Manor detectives. Acting on Wa Afrika's instruction, Panday had requested a captain at Mountain Rise police station to surreptitiously obtain the docket. The policeman was unable to locate it.

On another occasion, Wa Afrika flew to Durban to meet Panday to obtain photographs on a CD disc that would implicate me in murders. But when Wa Afrika met Panday at the Gateway shopping complex in Umhlanga Rocks, Panday told him that "the disc had been sold to Carte Blanche". This was denied by Carte Blanche.

The truth is that neither the CD nor the incriminating docket existed. But this didn't stop Hofstatter and Wa Afrika writing that I had landed "victoriously" at the shooting scene "minutes" after the shooting. In truth, I got to the scene 90 minutes after the shooting, by which time many of KwaZulu-Natal's media were already there. It was part of an elaborate scheme by individuals who had an interest in discrediting me because of my investigations.

Susan Smuts of the Sunday Times later admitted in correspondence to the press ombudsman that an intelligence officer, Col NH Sing (now deceased), had been one of their sources. Sing was himself under investigation for looting the slush fund, along with Mdluli, Maj-Gen Solly Lazarus, whose family went on a trip abroad; Gen Manoko Nchwe, who was gifted an Audi Q5; and the erstwhile minister of police, Nathi Mthethwa, who had a R190,000 fence built at his private home.

After the Sunday Times "exposé", Mthethwa wielded undue political pressure on prosecutors to arrest and charge me and the Cato Manor detectives. According to minutes of a meeting on March 8 2012 between prosecutors and Mthethwa, he exerted pressure on the prosecutors. Information that SAPS had at its disposal in the first place was used to neutralise me and the unit. Why did it have to be "leaked" to the Sunday Times before the police could act?

It later became apparent that criminal elements within crime intelligence, corrupt businessmen and even politicians used the same reporters - Hofstatter, Wa Afrika and Piet Rampedi - to peddle false stories. Among these stories were those of the South African Revenue Service (Sars) "rogue unit" saga and the allegations of illegal rendition against the Hawks head and my boss at the time, Anwa Dramat.

The fallout of these invented stories was that dedicated officials within the Hawks and Sars were ostracised, suspended and worked out of the system - people like Dramat, Shadrack Sibiya, Johann van Loggerenberg, Ivan Pillay, Adrian Lackay, Yolisa Pikie and myself were neutralised. Robert McBride and Pravin Gordhan became secondary victims. High-level investigations were consequently compromised as detectives and Sars officials were arrested on bogus charges.

The articles provided fodder for a cabal in the National Prosecuting Authority (NPA) that persecuted those who investigated their corrupt masters, which in turn effectively shielded their masters from prosecution.

The aftermath of these articles cannot be measured in monetary terms. The Hawks and Sars became dysfunctional and lives were ruined.

On a personal level, I had to endure the indignity of being arrested and handcuffed like a dangerous criminal in full view of my staff, while Cato Manor detectives were arrested at home in front of their families. Many are shadows of the top detectives they once were. Their personal lives are in tatters and most are cash-strapped.

I am grateful to the Sunday Times editor, Bongani Siqoko, who has shown great courage and leadership to address wrongs that happened under his predecessors' watch

On a positive note, thanks to the Sunday Times, I wrote a bestselling book, Blood on their Hands, something I never thought I would do. I was informed by prosecutors that Thoshan Panday and his police accomplices are finally going to stand trial for attempting to bribe me. Mmamonnye Ngobeni, the KZN provincial commissioner, who had links with Panday, is suspended and facing an inquiry into her fitness as a police officer.

Shaun Abrahams (NPA) and Berning Ntlemeza (Hawks) have been removed by the courts. Col Rajen Aiyer, who was used by the NPA to falsely implicate me in criminal offences, was arrested and charged with perjury by the Independent Police Investigative Directorate. He was dismissed from SAPS. I have been approached to testify at the Zondo state capture inquiry as to how the Hawks, SAPS and the NPA were captured. Many sycophants, especially within the NPA, are still pursuing this nefarious agenda. I am confident that they will be exposed as others have been.

I am grateful to the Sunday Times editor, Bongani Siqoko, who has shown great courage and leadership to address wrongs that happened under his predecessors' watch. Journalists in our country must never again be used to promote the agenda of criminals and corrupt politicians. If they are, proper gatekeeping ought to be in place at editorial level.