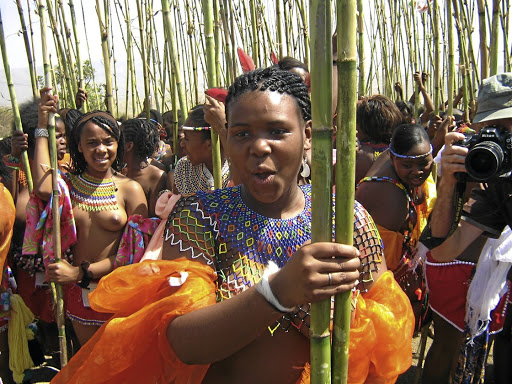 Princess Nqobangothando Zulu is alleged to have improperly acquired a house that was built for the poor.
Image: Thuli Dlamini

King Goodwill Zwelithini has become embroiled in a R64-million low-cost government housing scandal after it emerged that the first house - built on palace property - was allocated to one of his daughters.

Princess Nqobangothando Zulu is the beneficiary of the 46m² two-bedroom house with an open-plan lounge and kitchen, bathroom and water tank outside.

It was built behind the walls of her father's Osuthu palace in Nongoma, in northern KwaZulu-Natal.

The building is a "show" house for the Siyazama Rural Housing Project - built to benefit the country's poorest citizens - which will comprise 1,000 units once completed.

The project in ward 15, which will involve 500 houses being built during phase 1 and is expected to be completed in September 2019, is a joint venture between the Nongoma municipality and the KwaZulu-Natal department of human settlements.

Two senior sources associated with the project have confirmed that the 26-year-old princess is the beneficiary of the R128,730 house. 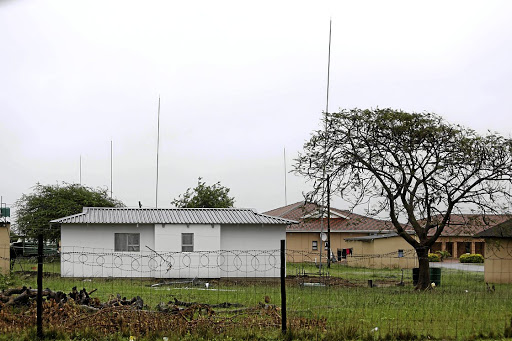 The building, which has been painted white, is visible from the main road that goes past the traditional African-style palace with thatched rondavels and beehive houses. It is yet to be occupied or handed over.

The princess, who plays a leading role in the annual reed dance ceremony, shares the guarded palace, which is manned by a policeman, with her mother, Queen Nompumelelo MaMchiza, the Zulu monarch's fifth wife.

The Sunday Times has established that the king made a request to the KwaZulu-Natal human settlements department that one of the "show" houses be built at his palace as a waiting room for his guests. But it was later allocated to his daughter.

Now questions are being asked about how the princess could qualify as a beneficiary of a low-cost government house as she is still a dependant and has no dependants of her own.

One of the criteria to qualify for a low-cost government house is that beneficiaries must be married, or single with dependants, or cohabiting with a partner for a long time.

The princess did not respond to queries about the house sent to her via an active account on Instagram.

Provincial human settlements spokesperson Mbulelo Baloyi said the department was not aware that Princess Nqobangothando was the beneficiary of a house but would investigate the claim. 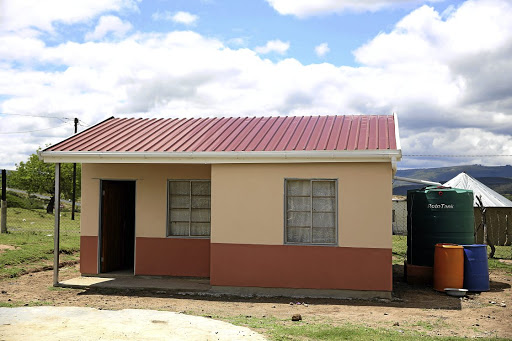 A Reconstruction & Development Programme home built in the Kwansele area, about 15km from the Osuthu palace.
Image: Thuli Dlamini

"We shall investigate that to determine that all qualifying criteria with respect to one being an eligible housing beneficiary have been met," he said.

When asked why the house had been built within the palace property, Baloyi said: "The king and other traditional leaders were important stakeholders in the implementation of projects in their areas.

"The king's royal household ground was a secure and accessible location on which to build the first house of the project."

But royal household spokesperson Prince Thulani Zulu has denied that the house was given to Princess Nqobangothando.

"I have not heard about the house being given to Sinqobangothando or anybody else. Whoever told you about that might give you more explanation. I have no idea."

He said the reason the house was built inside the palace grounds was because the king wanted to monitor the quality of the houses that would be built near the palace.

"His majesty had noted that houses built in other areas are usually of poor quality. The king wanted to be involved and monitor the building of the house from the start right to the end.

"This is not a show house but something exceptional as this project was specifically a request by the king for the people," he said.

Tito Khalo, a housing expert and associate professor in the public management faculty of the Tshwane University of Technology, said if King Zwelithini's daughter was the beneficiary and she didn't meet the criteria, then it was "blatant abuse of the housing
allocation system and is tantamount to corruption".

He said building the show house within the palace grounds for monitoring purposes was contrary to its whole purpose as there wouldn't be access by the public.

"This defeats the purpose of public housing schemes. The reasons advanced are very shallow and lack the element of public good. This is unacceptable and highly inappropriate from the king," said Khalo.

Two councillors from the Walter Sisulu municipality are being tried for allegedly selling an RDP house to a member of the public for just over ...
News
4 years ago

Fifteen Uitenhage families who had resorted to blocking funeral processions to draw attention to their living conditions have been moved into new ...
News
3 years ago

Tshwane mayor Solly Msimanga has made good on his promise to use the R5.1-million raised from the sale of the metro’s mayoral mansion to build 40 RDP ...
News
4 years ago