The kind, but troubled, hip-hop artist had spoken many times before about wanting to end his life 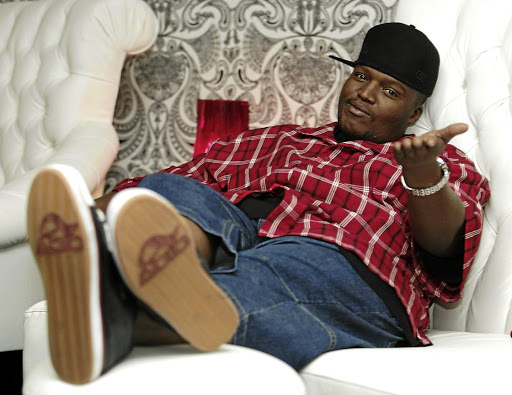 If troubled hip-hop artist Jabulani Tsambo had his way, the music would have stopped much earlier.

Tsambo, popularly known as HHP - for Hip Hop Pantsula - whose suicide on Wednesday sparked a crescendo of disbelief and tributes and an outpouring of grief - had toyed often with death.

"It's hard to put into words. Jabulani struggled with questions that couldn't be answered," childhood friend and musician Motlapele "Molemi" Morule told the Sunday Times this week.

In an interview approved by family elders, Morule said he had been worried about Tsambo dying since 2001. "There were countless times, hundreds of times, that made me go home and worry."

The 38-year-old music icon, whose body was discovered in his bedroom by his helper, lost his battle with depression after penning a brief note saying: "I'm depressed. I am going out of control. I'm losing it."

Tsambo was reeling from the death two months ago of his close friend, rapper ProKid - real name Linda Mkhize.

Morule, who went to the same primary school as HHP in Mahikeng, North West, described the musician as a "deeply spiritual person" who saw himself as a "manifestation of what Jesus represented".

Morule said HHP considered it his role on earth to help others achieve success. In 2005 he convinced Morule to return to music after he had left the industry to go into farming. Later, he refused to release an album unless the record company also released Morule's album. That, Morule said, was just one example of the impact that HHP had on many people's careers.

"He considered himself to be physically poor but spiritually rich. He didn't care for much and would happily spend R100k to help someone who needed it. That was just the kind of person he was."

Morule said HHP's intense spirituality and questions around Jesus resulted in the motswako hitmaker being misunderstood.

"He could mess up your mind with his questions and beliefs. He would ask, 'If Jesus was alive, what would he look like? Who would his disciples be?'

Morule said HHP "saw his own death" and it was his inability "to find his centre" that failed him.

HHP said in a 2016 interview on internet radio station CliffCentral that he had attempted suicide three times the year before. He described how he had sought help and contemplated suicide after medication prescribed for him made him feel "lethargic".

"I was thinking while my [life insurance] policies are still active, let me just go out. Fifteen minutes in the car. Hose pipe, whatever. I'm listening to Frank Ocean in the car. I'm thinking, 15 minutes, I should be done. An hour-and-a-half later, nothing happens. I'm listening to the song on repeat now. I get out the car. It's time to take the kids to school," HHP said.

In a statement, his family called for privacy to mourn. HHP is survived by his parents, wife, son, two sisters and a nephew.

Morule said those close to HHP reached out to him many times in an attempt to help him. He recalled one incident, after Tsambo's behaviour became particularly erratic, when he and a group of friends staged an intervention in an attempt to get HHP to enter a facility.

"It didn't end well. I honestly believe the only thing that would've worked was if he lived in Tibet with the monks - somewhere isolated where he could get the level of spiritual intensity that he needed."

It was HHP's refusal to be discouraged that will stay with Morule.

My journey on the road with HHP

In this tribute to SA's youth culture, writer Bongani Madondo recalls a surreal road trip with the esteemed rapper HHP, who died on Wednesday after a ...
Lifestyle
3 years ago

As a child, he said, the musician was picked on and, at a time when Mahikeng was filled with people trying to get into the hip-hop scene, HHP made sure nothing stood in his way.

Morule said that even though he was sure his friend had fulfilled his mission on earth, his death had still not sunk in. "He would say he didn't die, he multiplied. But I'm still numb. I'm sure it will come later."

A simple man, a loyal friend, a dedicated teacher and proud Tswana man, his mission would continue, Morule said. After all, what would summer be without him?

• 2016 - the year HHP admitted on a radio show that he battled with depression, had attempted suicide three times and even visited a suicide website

South Africans took to Twitter on October 24 2018 to pay tribute to hip-hop star HHP as news of his death spread through the country. Details of his death were not yet clear.

The death of musician HHP and speculation on how he died got the nation talking about depression and suicide on social media.
TshisaLIVE
3 years ago