'Not ill' but David Mabuza in Russia on sick leave 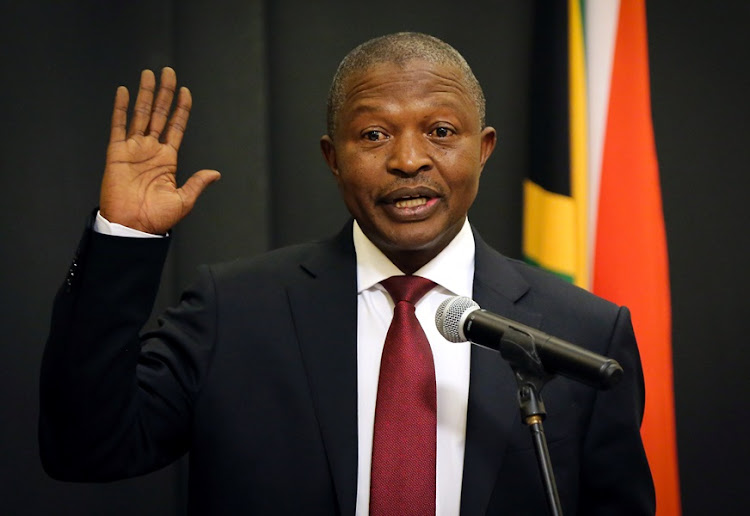 One of the perks of being deputy president is that you can go on sick leave even when you're perfectly well.

That's if the bizarre response given by Deputy President David Mabuza's spokesperson, Thami Ngwenya, can be believed.

Insiders told the Sunday Times that Mabuza, who has been out of the public eye for the past three weeks, had flown to Russia for medical treatment.

But Ngwenya, asked about Mabuza's condition, said his office had never described the former Mpumalanga premier as sick, even though he was on sick leave.

Ngwenya also did not answer questions about who paid for Mabuza's trip to Russia, only saying: "Any costs related to the care of current and former heads of state are in the ambit of the relevant organs of state."

He said Mabuza would return to his office tomorrow.

The Sunday Times has established that Mabuza was undergoing treatment in Russia this week for health problems arising from an alleged poisoning incident three years ago.

An ANC leader said the party's top brass were told that only Russian specialists had the expertise to help Mabuza.

"We thought he would be back by now, but maybe he is more sick than we thought," the leader said.

This source quoted Mabuza as having told him the trip to Russia was for "a routine check-up and not serious at all".

Officials in the presidency were told Mabuza would be back in the Union Buildings in the coming week.

President Cyril Ramaphosa's office would not comment on the matter.

DA leader Mmusi Maimane is piling pressure on President Cyril Ramaphosa to be more transparent about his son Andile's business dealings with a ...
News
3 years ago

His spokesperson, Khusela Diko, said: "These matters are best answered by the office of the deputy president as they have all the facts about his movements since he requested time to rest from the president two weeks ago."

Mabuza's last public appearance was on October 20, when he addressed the presidential health summit in Boksburg.

Two days later, the presidency issued the official diary of the president and deputy president, which listed two items for Mabuza this week - an appearance in the National Council of Provinces (NCOP) on Tuesday and a speech at an event of the South African National Aids Council on Thursday. He failed to attend the NCOP session and the second event was cancelled.

Mabuza has been absent from ANC work too. He was not present at last weekend's special meeting of the national executive committee, nor did he meet with other top ANC officials.

This is the second time Mabuza is known to have sought medical treatment in Russia. In 2015 he flew there, in an aircraft owned by the Gupta family, because he was not responding to treatment at local hospitals for the alleged poisoning incident.