Hannah, Courtney, Susan... and the men who killed them 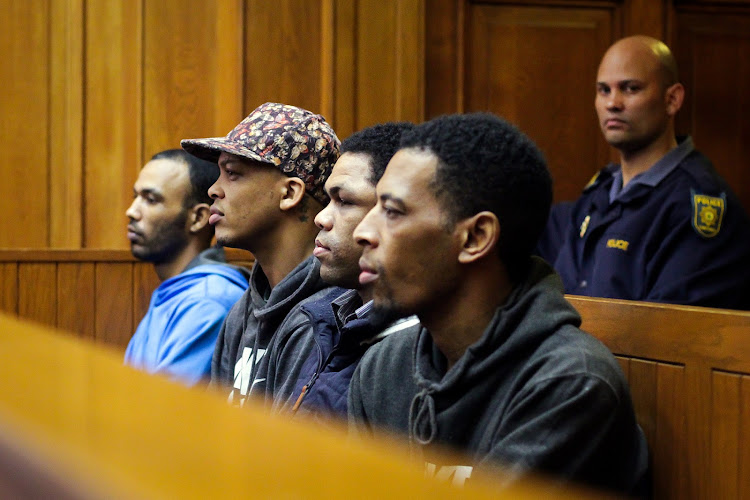 The killers of Susan Rohde, Hannah Cornelius and Courtney Pieters were convicted this week in separate cases in the high court in Cape Town.

The brutal murders captured the hearts of horrified South Africans and highlighted the scourge of violence against women and children in the country.

Rohde, 47, Cornelius, 21, and Pieters, 3, were from three generations and different socioeconomic groups.

Their cases are among only 20% of femicides that ended in convictions, according to Prof Naeemah Abrahams, a gender and health researcher at the South African Medical Research Council.

She said over the past five years, the high profiling of such cases "had possibly led to police and others" doing a better job "since they know they are being scrutinised by the public".

On Thursday, Jason Rohde sat in the dock in a suit and blue tie as judge Gayaat Salie-Hlophe convicted him of his wife's murder.

He was immediately frogmarched down into the holding cells. When he re-emerged 10 minutes later to hear his advocate fight for bail extension, his tie had been removed, his hands were cuffed behind his back, and his face was the picture of anxiety.

Rohde strangled and smothered his wife at the luxury Spier wine estate in Stellenbosch in 2016. He tried to throw police off his scent by faking her suicide.

It emerged in court that Susan Rohde was desperate to hold on to her marriage, but her husband clearly preferred the woman with whom he was having an affair.

Describing the weekend the couple and Rohde's mistress, Jolene Alterskye, were all at the same conference at Spier, Salie-Hlophe said in her summary: "Susan insisted on escorting her husband to the conference as she knew his lover would be there. She got Botox done. She bought outfits on appro. This was the weekend she was openly going to triumph over her nemesis."

Instead, she was murdered.

Cornelius, a Stellenbosch University student, was robbed, stabbed, kidnapped, gang-raped and murdered by having a rock thrown on her head in May last year. Her three killers, Vernon Witbooi, Geraldo Parsons and Eben van Niekerk, were found guilty on Wednesday.

In his heart-wrenching testimony in aggravation of sentence, Hannah's father Willem Cornelius said: "I did not come here today to elicit sympathy and I can't help feeling guilty about the publicity that this trial has gathered when the most vulnerable members of our society - the women, the children, the elderly - are seemingly assaulted, murdered and abused on a daily basis and not an iota of the attention is paid to the majority of those cases.

Willem Cornelius, the father of murdered Hannah Cornelius, testified in the high court in Cape Town on November 8 2018 in the sentencing hearing of the men found guilty of murdering his daughter.

"I do not know why. All that I know is that my daughter would have agreed that it is not fair. I am well aware of the constraints placed on this court in imposing sentence and I fervently hope the court will consider imposing a sentence that will at the very least prevent other parents from going through what we have gone through as parents."

Also on Wednesday, Mortimer Saunders was convicted of raping and poisoning Courtney. He had been a tenant in her mother's house in Elsie's River.

He testified that he had given Courtney ant poison because he had been "irritated for for having been woken a second time, which was compounded by ill feelings between myself and her mother". 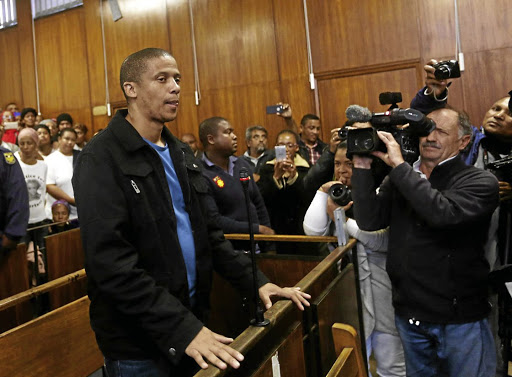 The vast majority of perpetrators are never brought to book.

In all but about 20% of the violent deaths of women and girls in SA, said Abrahams, "the police say they could not solve the case and have not identified the perpetrators".

Susan Rohde's murder was a case of "intimate femicide" - a woman killed by her partner. Research by Abrahams and others has found that SA's rate of this type of crime is five times the global average.

Clare Ballard, who heads the Penal Reform Programme at Lawyers for Human Rights, said the three trials - which will likely end in heavy sentences - are not likely to deter perpetrators.

The number of women murdered since March 2017 to the end of February 2018. 20% of femicides end in conviction, according to SA Medical Research Council gender and health researcher Prof Naeemah Abrahams

"We know empirically that there is no relationship between heavy sentences and the prevention of crime, whether sexual violence, femicide, child murders or any other crime.

"We are appalling when it comes to policing, detecting and prosecuting crime. Much is made of the 97% conviction rate that you find in the National Prosecuting Authority's annual report, but we are only taking on 8% of recorded crime, which is dismal," she said.

While Cornelius's and Pieters's killers are all from low-resource communities, Jason Rohde is from a very affluent one.

Abrahams said a high-profile conviction like Rohde's "debunks the myth that intimate femicide is a problem only in poorer communities".

However, "poverty does play a big role" and often "powerful men do get away with it". She said this was demonstrated clearly in the #MeToo movement which started in the US to campaign against sexual harassment and sexual assault.