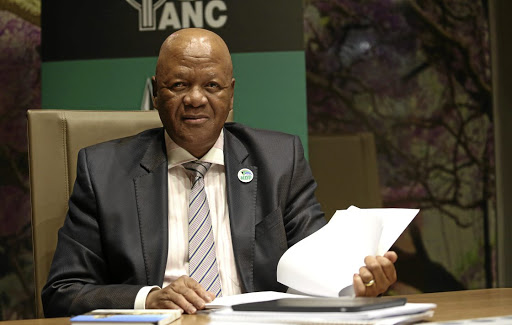 Jeff Radebe is said to have led the attack on the Treasury.
Image: Masi Losi

SA's longest-serving cabinet minister, Jeff Radebe, is to face the heat at the Zondo commission over his attempts to help Jacob Zuma illegally take over the core functions of the National Treasury.

Evidence before the commission will show how Radebe tried unsuccessfully to usurp the budgeting process from the Treasury to the department of performance monitoring & evaluation, where he was minister in the presidency at the time.

The Sunday Times can reveal that current and former government officials will tell judge Raymond Zondo that Zuma and Radebe accused the Treasury of not aligning spending with the National Development Plan. This was their reason for trying to move the budget function to the presidency.

"From 2015, there was an aggressive attempt to muscle in on budget process. Jeff was a snake in the grass … He participated in the narrative of undermining the Treasury, claiming Treasury was failing to align the budget to the NDP," said a former senior official.

It is understood that Radebe was warned by his own officials that it was against the law for any other department to perform the functions of the Treasury. Radebe persisted in taking over the budget process.

The evidence to be presented will form part of the state capture inquiry's investigation of the hostility and pressure from the presidency and the cabinet against the ministry of finance and National Treasury.

Zondo has asked for evidence in this regard and it will lead to the return to the witness stand of Lungisa Fuzile, a former Treasury director-general. Fuzile has already testified about the upheaval and confusion during Des van Rooyen's short stint as finance minister in December 2015.

The tragicomedy of Des van Rooyen’s brief stint as finance minister in December 2015 was on full display at the state capture inquiry on Thursday as ...
Ideas
3 years ago

Other senior members of the Treasury and officials in the presidency are expected to give corroborating evidence.

The officials say that Zuma, when president, asked the National Planning Commission for evidence that the Treasury was "failing" in its duties and ignoring government priorities. This came after Zuma clashed with former finance ministers Pravin Gordhan and Nhlanhla Nene over, among other things, the nuclear and PetroSA-Engen deals.

In late 2015, the directors-general of the department of performance monitoring & evaluation, the department of public service & administration, and the head of the school of government prepared a document called "Political consideration of budget choices and issues around the macro organisation of the state".

"This basically proposed that the task of allocating resources be moved to the [department of performance monitoring & evaluation]. The Treasury and Nene knew nothing about this," said one official.

"People just went around attacking the budget process. Jeff was leading the attack on the budget."

Another official said the department of performance monitoring & evaluation's efforts to take over the budget were underlined by "dissatisfaction within cabinet against Treasury".

"People were frustrated with the fiscal consolidation stance and they played on the narrative that we were sitting on money. They wanted to weaken the Treasury's position," the official said.

Radebe also led a team that was assigned by Zuma to make money available for free higher education. Radebe and his former director-general, Mpumi Mpofu, reprioritising the budget led to the resignation of Treasury deputy director-general Michael Sachs.

Zuma's free higher education announcement in December 2017 was made without the involvement of Gigaba and the Treasury.

Meanwhile, ANC chair Gwede Mantashe will testify at the Zondo commission this week. He will respond to evidence given by SA's four major banks on the governing party's intervention when the Gupta bank accounts were closed.

The bank representatives testified that they were called to meetings at the ANC headquarters, Luthuli House, to explain their actions.

It is understood that Mantashe will deny that the ANC attempted to lobby the banks to reopen the accounts but will say that the party wanted to understand the reasons for the decision.

Mantashe apparently concedes in his statement to the commission that the ANC should have approached the banking regulator instead of the banks directly.

Mantashe is also expected to testify that the ANC was concerned by the potential job losses at the Guptas' Oakbay companies. He also believed that the banks had colluded on the decision.

The ANC was also concerned that the banks were "anti-transformation", an argument made by Oakbay CEO Nazeem Howa. Howa said 7,500 jobs would be lost.

The National Treasury has estimated then-president Jacob Zuma’s removal of Nhlanhla Nene as finance minister in 2015 may have cost 148,000 jobs in ...
Politics
3 years ago