New powers - and ring of steel - for auditor-general Kimi Makwetu 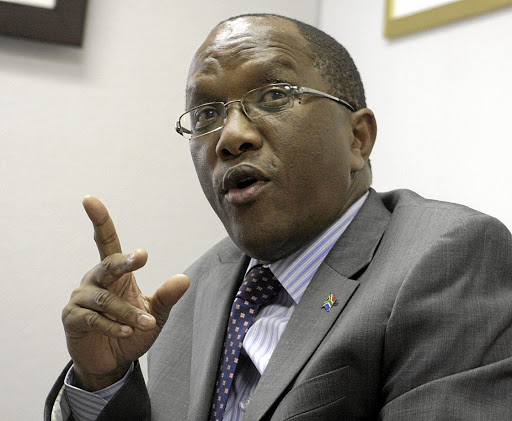 Death threats to the auditor-general and his staff, the wounding of a government auditor in a shooting and the vandalising of AG office staff's property have led to bodyguards being assigned to those under attack.

The AG, Kimi Makwetu, was given sweeping new powers last week with the enactment of the Public Audit Act, which will come into force in April.

The acting chair of parliament's standing committee on the AG, Nthabiseng Khunou, warned that the threats to Makwetu and his staff could get worse with the new law "because they now know that the AG can actually take steps when you do wrong".

Khunou was referring to "some government officials" who had become "emboldened when political principals started challenging findings of the AG".

"We're really concerned about what's happening," said Khunou. "If we don't protect the AG it means there'll be no accountability and people will do as they please."

Makwetu has flagged rising irregular government spending of up to R79bn.

Government and parliamentary insiders say Makwetu has been allocated permanent protectors following a security risk assessment conducted by the police.

This is the first time that the head of the office that monitors the government's spending of its R1-trillion-plus budget has been given a permanent bodyguard.

Makwetu's new powers will enable him to refer cases of unjustified and irregular spending to police and prosecutors. It will have dire implications for errant heads of government departments, CEOs of state-owned companies and their board members.

Makwetu's office would not discuss the protection arrangements but expressed concern over intimidation and the "vandalisation" of property belonging to its staff.

"We remain concerned about the number of incidents where our audit teams are threatened and intimidated in the course of discharging our constitutional mandate," said AG spokesperson Afrika Boso.

"These incidents take various forms, from subtle intimidation to more direct threats to harm the staff member and/or their family. There have also been incidents of intimidation during the audit process, as well as vandalisation of our staff's property.

"The safety of our staff comes first and as such, where we feel their lives are being threatened, we work closely with authorities at the entities we audit, as well as law enforcement agencies."

Police spokesperson Vish Naidoo said "the matter of security around any individual is a very sensitive subject and cannot be discussed in the public domain".

At a meeting with the parliamentary committee last month, Makwetu detailed how he and his staff had been terrorised by those not happy with audit outcomes.

Makwetu told MPs that acts of intimidation against his staff started in 2016 in the Free State, including attempts to bribe his auditors.

In May, an audit of the books of eThekwini was halted after death threats were made to the staff of the AG, and a female auditor was shot and wounded while sleeping at a guesthouse in Emfuleni. She had been busy with an audit of the Emfuleni municipality in the Vaal region of Gauteng.

AG staff members have had to face a hostage situation‚ threats from municipal officials, being shot at and attempted bribery.
Politics
2 years ago

The auditor-general now has powers to hold heads of government departments and board members of state-owned companies (SOEs) personally liable for ...
Politics
2 years ago

ASHA SPECKMAN: 'So what?' attitude to AG will help to sink us

Kimi Makwetu's reprt should be a concern... it highlights nearly R80bn of irregular income
Business
2 years ago
Next Article