DA member sues party after 'humiliating interview in a toilet' 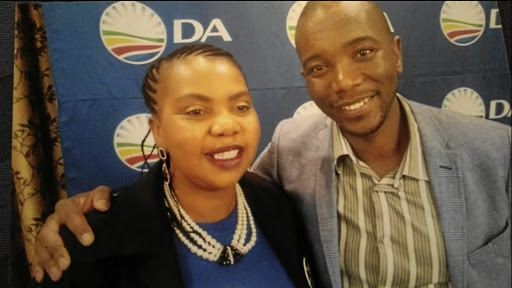 An East London woman is suing the DA for R10m for, she says, interviewing her for a councillor position in a toilet.

DA member Ntombenhle Rulumeni claims that two party officials escorted her to a toilet at an East London golf course, where she was interviewed for a ward councillor position ahead of the 2016 local government elections.

She has lodged a civil claim against her party for humiliating her and undermining her dignity, and for loss of income.

Rulumeni this week told the East London high court that she joined the DA in 2011. Before the 2016 election, she applied to be a ward councillor in the Buffalo City metro.

Her application was rejected.

She said when she asked why she did not make the cut, she was told she had lied during the interview about raising funds for the DA. She said she was not convinced by this explanation, and produced evidence as well as documents of her fundraising work for the party.

She was called for another interview, at the East London Golf Club in Bunkers Hill, during an induction programme for prospective DA councillors.

Rulumeni said two senior DA officials escorted her to the toilet, where she found a table and two chairs.

Upon her arrival, she said, officials explained the rules of the interview and gave her only five minutes to prepare.

Rulumeni said she felt humiliated by the experience.

That was a very sad day for myself. I was humiliated, and I was wondering why are they even doing this to me

"That was a very sad day for myself. I was humiliated, and I was wondering why are they even doing this to me, because they say they are the custodians of the constitution and they are in the position of authority as DA MPs," she said.

"The actions of the DA brought into sharp focus painful memories of the treatment of black people by white people under apartheid, as all three people who subjected [me] to this humiliation were white and one of them being a male in female toilets," she said.

Rulumeni said after a few days, she was told she had failed the second interview.

"I could not focus during the purported interview, not only because it was being interrupted by people going in and out of the toilet but the fact of the ablution facilities, racial dynamics and the male in female facility made it unbearable," she said.

"I'm very much disappointed with the party, because this is not what I was expecting from them. I expected a lot from them because they presented themselves as the only party that can bring about change in SA. So, when I complained to the Human Rights Commission [I expected] that they were going to see their mistake and come forward and apologise, but instead they sent papers saying they are defending the DA MPs."

She said she was suspended from the party structures she served on, including selection panels.

Despite saying that she had been humiliated by the DA, Rulumeni told the Sunday Times she would not leave the party.

"I am still a member of the DA, I have no intention to leave the party because I have done nothing wrong. I have never been taken to any disciplinary hearing. I have instead had good references for my strong work ethic. Why must I leave as if I am running away, as if I did wrong? Right now I am focusing on this case and restoring my dignity."

"As the DA we respect our constitution. We will wait to hear what the court says about what happened and how it happened, and if the court takes a decision we will have to consider that decision as a party. I want to emphasise that the DA respects the rights of individuals, and if the court says the right of an individual was infringed, the DA will have to take an appropriate action going forward in relation to what happened on that day. I was not there, even the previous leader was not there. It is good that this matter is in court so we can at least get closure on this issue."