The president cleaned up in 2018: will that aid him in the new year? 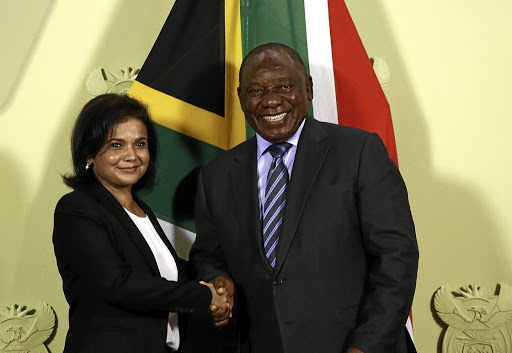 Shamila Batohi, the new national director of public prosecutions, is among several top appointments made by President Cyril Ramaphosa in his drive to clean up government in 2018.
Image: Masi Losi

The ANC will launch its elections campaign early in January, with President Cyril Ramaphosa the face of its campaign as the party tries to halt a drop to below 59% in national support as predicted by some polls.

Ramaphosa will lead the first rally of the party's campaign at Harry Gwala Stadium on January 8, to mark the ANC's 107th birthday.

The main rally, which is expected to kick-start the election campaign and test the waters for the ANC, is scheduled to take place on January 12 at Moses Mabhida Stadium in Durban.

According to the ANC's head of elections, Fikile Mbalula, the party's manifesto will be made public and will set the tone for its campaign volunteers.

Mbalula said they were planning for 100,000 party faithful to fill up the stadium in Durban and surrounding overflow areas.

The year of living dangerously dawns for a divided ANC

All we know for certain is that the 2019 national elections will result in a shift in the balance of power. But how much, and to whose benefit?
Opinion & Analysis
3 years ago

"Our focus until May is the elections alone. We have said no [internal party] conferences until after elections," Mbalula said.

He said transformation and growing the economy would top the party's priority list.

Mbalula said the ANC had found that state capture had caused people to distrust the party, but voters were now optimistic that Ramaphosa would deal broadly with corruption and state capture.

He said ANC supporters did not raise state capture as a point of concern as they had in the run-up to the 2016 elections.

"State capture has not been a buzzword this time. Now we've got a commission that is dealing with issues arising from state capture. People appreciate the fact that something is happening," he said.

The biggest opposition party, the DA, still has its sights set on winning Gauteng and the Northern Cape, while retaining its majority in the Western Cape. 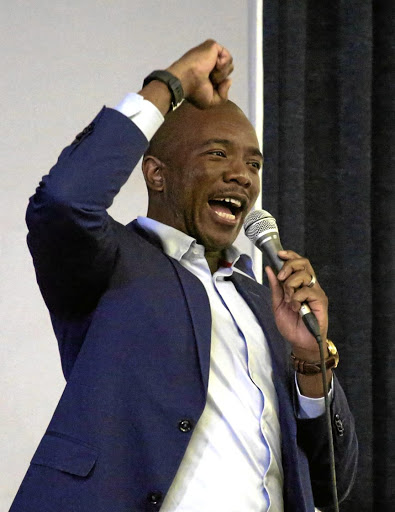 DA leader Mmusi Maimane said the party's immediate focus in January would be to get people registered to vote.

The Independent Electoral Commission has announced that it will have its final voter registration weekend at the end of the month.

"Our message is that we will build a South Africa for all. We are the only party that breaks down barriers to entry for South Africans," Maimane said.

The DA is expected to put jobs at the centre of its manifesto to entice the electorate to put it into office. Maimane said part of its campaign would be highlighting the successes of DA governments where they are in power.

In the battle for political power, the DA will not rely entirely on its strategy of winning in court, after several successful legal challenges against contentious government decisions. It will continue challenging the process followed in parliament adopting a motion that land be expropriated without compensation. It has also instituted court action challenging Ramaphosa over retaining Bathabile Dlamini in his cabinet, as minister of women.

Other political parties such as the UDM and EFF are also expected to spend the first few months of the year canvassing support.

More than 500 political formations will feature on the ballot paper for the national and provincial elections, expected to be held in May.

The state capture commission is expected to resume early in 2019, turning its focus to other areas of its terms of reference. Chaired by deputy chief justice Raymond Zondo, the commission is due to further probe the Gupta family's influence on the state, and how they managed to capture state-owned enterprises.

An inquiry into the troubled Public Investment Corp will linger for much of the year as retired judge Lex Mpati probes governance failures at the entity that manages R2-trillion in government pension and other funds.

Newly appointed national director of public prosecutions Shamila Batohi is expected to take up her job in February. An inquiry into whether the National Prosecuting Authority's Nomgcobo Jiba and Lawrence Mrwebi are fit to hold office is expected to take place in the first quarter of the year.

The president will institute a process to appoint the new national commissioner of the South African Revenue Service after recommendations by a commission of inquiry tasked with looking at governance failures at the revenue collector recommended the dismissal of suspended former commissioner Tom Moyane.

Moyane has approached the Constitutional Court to challenge his removal.

Broad sunlit uplands beckon, but the abyss is one misstep away

During the holiday season I attended a glitzy event in Cape Town for which the acronym MINO - money is no obstacle - applied in spades.
Opinion & Analysis
3 years ago

Hard luck and near-misses as Buffalo goes for broke

President Cyril Ramaphosa doesn't get much opportunity for frivolous pastimes like golf, but with the festive season upon us there's a chance for a ...
Opinion & Analysis
3 years ago

Cyril Ramaphosa 'should apologise' before the Zondo commission