No ID, no matric for 'foreign' pupils

Schools crack down on children of immigrant parents 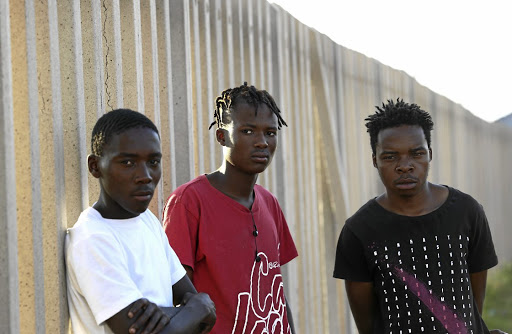 Antony Mazibe, Mandla Vilakazi and Clifford Culinwa from eMalahleni could not complete grade 12 after their schools kicked them out because they do not have IDs.
Image: Masi Losi

Clifford Culinwa is not among the more than 796,000 grade 12 pupils anxiously awaiting the release of the matric results.

The 20-year-old from FH Mkhabela Secondary School in eMalahleni, Mpumalanga, was barred from registering for this year's exams because he does not have a South African ID.

Two other matrics, Antony Mazibe, 19, who attends Empucukweni Secondary, and Mandla Vilakazi, 19, from Phillip Ndimande Senior Secondary, both in eMalahleni, have the same problem.

Vilakazi, who attempted matric for the first time in 2017, was instructed to leave the school in June that year because he did not have an ID, but was allowed to return in January 2018 - only to be given the boot in March for failing to produce the document.

Thousands of children born in SA to Mozambican, Swazi or Zimbabwean parents, who have been attending schools since grade R, have been told that they cannot return to class next year without documents.

Parents of undocumented pupils attending schools in eMalahleni and Bushbuckridge in Mpumalanga said this week that schools had informed them that their children would not benefit from the nationally recommended funding of R1,316 a child at no-fee schools.

Lucy Moyane, acting head of the Mpumalanga education department, told principals in a circular dated October 15 that undocumented children will be conditionally admitted for only three months in 2019.

"All principals should adhere to the directive that no learner should be admitted to public schools for the 2019 academic year without proper documentation," she wrote.

The battle by undocumented pupils to secure admission affects all nine provinces.

Take 2: Matric 2018 ruled clean, despite geography paper having to be rewritten

This year, no exam papers were leaked and an attempt to cheat was foiled, Umalusi disclosed on Friday December 28 2018, a week before the release of ...
News
2 years ago

A nonprofit organisation, the Mahlo Ya Rixaka Community Project, has gone to the high court in Pretoria for an order forcing the department of home affairs to "unblock" the IDs of several hundred of its members. These are mostly Mozambican citizens who fled to SA during the civil war in Mozambique between 1980 and 1992 and have since been regarded as refugees.

Without their own IDs, these parents cannot apply for documents for their schoolgoing children.

A child's birth certificate, immunisation card and most recent school report are required when a parent applies for admission. Foreign citizens must also produce a study permit, or a temporary or permanent residence permit, from the department of home affairs.

The Sunday Times has established that in Bushbuckridge alone, at least 223 pupils at four schools do not have birth certificates or IDs.

Culinwa, whose parents are from Mozambique, said his dreams of studying software engineering were shattered after he was barred from writing the matric exams.

Vilakazi said his school allowed him to return as a matric pupil this year after his father promised to get his ID. But when the school did not receive it by March, he was told to leave.

"I don't feel as if I have a life any more," said Vilakazi, who wanted to study tourism.

I don't feel as if I have a life anymore.

Chrispen Chaparapata, 36, a Zimbabwean who has three children enrolled at Blackhill Primary in eMalahleni, said the school told him this week that they will not be allowed back next year without documents.

"I feel very bad. Sometimes my children ask me 'Daddy, why don't we have IDs?' and I find it hard explaining it to them."

Chaparapata fled Zimbabwe in 1993 during the political upheaval when former president Robert Mugabe was in power.

Constance Mashele, 18, a grade 11 pupil at Shobiyana High School in Bushbuckridge, said: "I feel very sad because I spent 11 years studying for nothing. They should have chased me away a long time ago."

Bushbuckridge ward councillor Leonard Malomane said it was "totally wrong" to send children home because they did not have IDs.

"If you kill education for a child then you are creating a criminal."

Home affairs spokesperson Siya Qoza encouraged parents to apply for documents for their children instead of only applying when they reached matric.

"Children of parents from outside SA should apply for the correct documents as these will assist them to gain access to public services and to regularise their stay in the republic."

The department of basic education did not respond to queries.

Derelict Die Kamp is now a place of hope

They wanted to save souls. Instead they rescued a community.
News
2 years ago

The "Milk Woman of Soweto" struts through the township's streets.
News
2 years ago