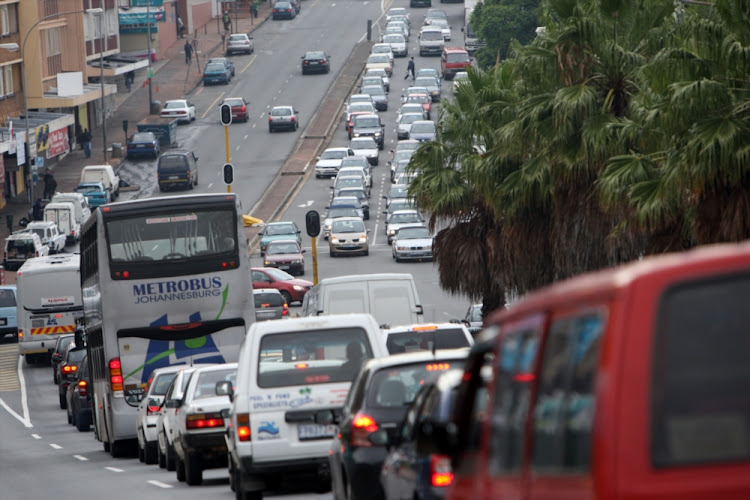 Most drivers rate their performance behind the wheel as excellent or better - but road accidents tell a different story.

"When something happens on our roads motorists always blame everyone except themselves," said Automobile Association (AA) spokesperson Layton Beard, adding that a recent AA survey found 85% of drivers thought they were beyond reproach.

In the first two weeks of the festive season, 787 people died on the roads and more than 2,800 were arrested for speeding, drinking and driving, and other traffic offences. Updated casualty and accident figures are due to be released by the department of transport shortly.

Sanral's northern region spokesperson, Progress Hlahla, said that after the success of average-speed-over-distance (Asod) enforcement in the Western Cape, the agency was targeting the N1 between Pretoria and Zimbabwe.

From road rage to just sheer bad driving, here are 7 times bad drivers were caught on camera.
Motoring
3 years ago

"The equipment is being installed on sections of the highway where there have been horrific accidents. In September, a truck carrying cement crashed into four other vehicles, including a bus, killing 27 people."

Hlahla said speed was a major concern and the technology, which calculates a vehicle's average speed over a specific distance, would help to force motorists to obey the law.

"On all of the stretches where Asod has been implemented, we have seen decreased speeds and fewer transgressions. We have also seen a decrease in speed-related crashes that were common before the implementation."

He said that since the introduction of Asod in 2014, 9,044 speeding fines had been issued and 113 motorists had been arrested in the Western Cape.

Road Traffic Management Corp spokesperson Simon Zwane said an environment was needed in which road users knew there would be consequences if they broke the law.

"Loopholes in legislation are being closed to ensure that when people are caught, especially for drinking and driving, their prosecution is expedited and they are brought to court quickly. To address the current situation, the way we prepare drivers at driving schools, and how tests are done at testing centres, needs to be urgently looked at."

Transport minister Blade Nzimande said last month there had been "unparalleled" agony on the roads. Speeding, negligence and drink-driving created "lethal problems", with deaths increasing this holiday season in all provinces except Gauteng.