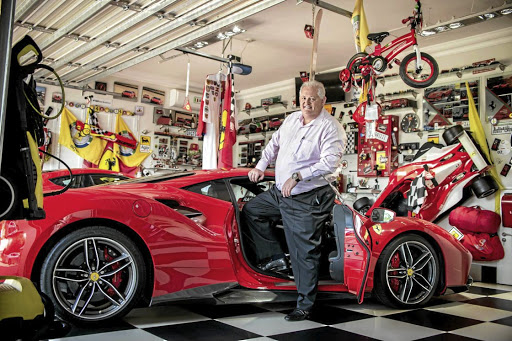 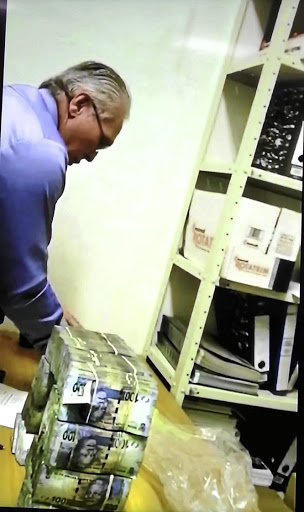 A failed bid to take over Gavin Watson's Bosasa is being put forward as the dramatic backdrop to Angelo Agrizzi's damning evidence at the state capture inquiry this week.

The businessman told the commission he was testifying because he had a guilty conscience, but a video recording and documents said to have been taken from his work computer claim he plotted to destroy Watson's company after he was fired in 2016, allegedly for stealing money.

According to the materials, Agrizzi threatened to expose the company's dodgy dealings if he was not given control of it.

In the recording, Agrizzi's business partner, Andries van Tonder (a former Bosasa CFO who was this week revealed as the man who took video footage showing how money was allegedly taken from the Bosasa vault to Gavin Watson's office), and Jared Watson, Gavin's nephew, discuss Agrizzi's proposal to remove Gavin. Van Tonder says Gavin must "retire to Port Elizabeth", allowing Agrizzi to take control of the company. Gavin will be paid R10m a month and Agrizzi will "manage the media".

Several other options on how the takeover could work are also discussed.

The recording was made in August last year. It, and the documents, were leaked to the Sunday Times by Bosasa employees in a clear attempt by Bosasa to fight back.

In a recorded conversation that took place in August last year, proposals are made by the former CFO of Bosasa, Andries van Tonder, to CEO Gavin Watson’s nephew, Jared Watson, saying Gavin must step down as head of Bosasa and allow Agrizzi to take over the company, or else he will continue with a smear campaign in the media. Van Tonder was acting as a proxy for Agrizzi in the negotiations

Agrizzi, who has been surrounded by heavily armed guards this week, worked for Bosasa - now African Global Group - for 17 years. He told the commission he had decided to come clean after a near-death scare.

"It's like becoming involved in a cult. You get so convinced what you are doing is right. I had a near-death experience - heart problems - and after that I decided I could not continue. I was exposed to many unlawful activities."

In the recording, Van Tonder, who appears to phone Agrizzi several times during the negotiations to check details, says: "Gavin must go to Port Elizabeth and let Angelo run the business . but Angelo must be senior. We've done an extensive proposal to Gavin in the past and we guarantee him R10m a month to relax and do nothing."

Jared repeatedly expresses concern about whether Agrizzi will be able to get the press to back down. "If the media gets a bite they won't let it go," he says.

He later says: "I don't know how you will spin it" (to a journalist Agrizzi is in contact with). Van Tonder replies that Agrizzi will make up an excuse, such as legal issues.

The leaked documents - said to have been retrieved from Agrizzi's work computer following his dismissal and R40m payout - detail a plan to destroy Bosasa and the Watson family.

They include a media plan, which entails one story published each week for 14 weeks, ultimately leading to a review of the company's contracts with the government, an inquiry by parliament's watchdog public accounts committee and a criminal probe.

A senior source in Bosasa, who spoke on condition his name was not revealed, said Agrizzi felt aggrieved his plans had failed.

"Agrizzi is aggrieved because he was found to be stealing from the company. He was stealing millions of rands. He threatened Watson and a settlement of R40m was paid to him in cash," said the source. "But he was not happy and said he's going to expose Watson because he wanted shares."

"The party wanted him to explain what was happening because this was denting the image of the party and the opposition were riding on these exposès. He was advised by Luthuli senior leadership to keep quiet and this will be over soon."

Gavin Watson denied this when contacted by the Sunday Times this week.

"I've never been there [Luthuli House], no comment," he said. He also refused to comment on Agrizzi's allegations and did not respond to text messages.

While honest South Africans toil for their families, Zondo shows how venal politicians trample ethics to fuel their greed

Agrizzi has helped, but he must go to jail with the other crooks

Let's get one thing straight: Angelo Agrizzi is not a hero of the South African people
Opinion & Analysis
1 year ago

Another source, who also asked not to be named, said the company would prepare a response, and would expose Agrizzi.

"How did he amass his wealth while working for this company? We are planning a fightback, it's going to be a smart one.

"Agrizzi has been happy enjoying life in the past six months, exposing this company while he rightly knows that he's not innocent, he's not an angel. Gavin is the one who has helped many people in the country; he's a person who is loved by people, a person who prays every day."

Bosasa and its subsidiary companies, Phezulu Fencing and Sondolo IT, have secured contracts worth billions of rands with government entities since 2004.

Despite this week's allegations, it was business as usual at Bosasa head office in Krugersdorp this week.

A staff member told the Sunday Times: "The mood is fine, all is well here at Global campus and we are still having our daily prayers with Watson."

Van Tonder's phone was switched off. Jared Watson confirmed several meetings had been held last August, at Agrizzi's request. He confirmed recording them.

ANC spokesman Zizi Kodwa said the alleged meeting was "fabricated information". "The ANC has got nothing with that company, and why would we meet him? The ANC top six hasn't been to Luthuli house this year."

The commission of inquiry into state capture has heard damning evidence from its surprise witness, Angelo Agrizzi, since Wednesday January 16 2019. Tiso Blackstar associate editor, Ranjeni Munusamy and Sunday Times political reporter, Qaanitah Hunter have a sit-down discussion about what this evidence could mean for the commission, and other witnesses, going forward.