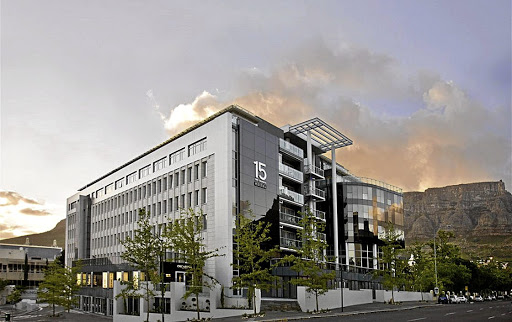 Property developer Chaim Cohen, who built the hotel 15 on Orange, accuses Absa of skulduggery in its handling of his loan defaults.
Image: TWITTER

A bank official was allegedly offered a R2m bribe to sell off one of SA's top hotels at a fraction of its value, according to a new claim in a seven-year legal battle between Absa bank and the developer of the luxury 15 on Orange hotel in Cape Town.

Developer Chaim Cohen is suing the bank for R90m, claiming he has evidence of collusion and bribery between an Absa employee and Blend Property Group, which later bought the hotel.

Both Absa and Blend have rejected the allegation as groundless.

Cohen - whose company Newcity Group developed such Johannesburg properties as the 12-storey Embassy Towers, the Emperor, Katherine Quay and Esprit Estate - has also accused the bank of failing to report the alleged corruption, as legally required.

In 2008, Cohen's then investment company, A Million Up, borrowed R569m from Absa, with Cohen providing personal surety for R20m. But in May 2012, after the company defaulted on the loan agreement, the hotel was placed under liquidation and was sold to Blend for R205m the following year.

A 47-year-old bank employee in Limpopo was due in court on Thursday after being arrested by the Hawks’ serious commercial crime investigation unit.
News
2 years ago

The bank called on Cohen to pay his surety. When he refused, Absa went to court to claim the R20m.

However, in his R90m counter-application, Cohen has told the high court in Johannesburg that after the building was seized by Absa, an employee in the bank's unit responsible for the negotiation of distressed properties was given a R2m bribe to ensure it was sold to Blend "at a price acceptable to [the company]".

He claims the property was initially valued at more than R600m, R400m more than it sold for, and that had the hotel been sold at its true value, he would not have had to pay the R20m.

R690m - the price Chaim Cohen claims the hotel 15 on Orange should have fetched, instead of R205.

R2m - the alleged bribe a bank employee was offered.

As evidence, he submitted an e-mail and text messages between then Absa employee Colin Blacher and Steven Nathan, who was a director at Blend at the time. The first e-mail, dated June 2013, refers to a R2m offer to Blacher, with Nathan saying one of his superiors is "spitting mad" about the offer.

"He is so pissed off with me for mentioning R2m to you without a mandate from him to do so. He also feels like there were no parameters set for this deal and he does not believe you alone made this deal happen . I therefore feel that the R2m should be reduced to R1.5m just off the bat because Protea [Hotels] own 25% and they won't pay," wrote Nathan.

In another e-mail between the two on the same day, Blacher writes: "As you are aware, we had an agreement whereby I would receive R2m in cash should a successful purchase be concluded on the subject property." He then proposes alternatives for the deal, including an immediate payment of R1.5m, a R2m long-term arrangement, or a R2m loan invested in a property company in exchange for 3% of the shares of the company.

Contacted by the Sunday Times, both Blacher and Nathan claimed the allegations against them were fabricated, and denied that such a bribe was paid.

An Absa employee was found guilty on 359 charges of fraud after a Hawks investigation found that he transferred money from a client’s account to his ...
News
4 years ago

"Over the years since the summons was served in 2012, he has made various allegations accusing Absa of misconduct which, he contends, should release him from liability under the surety," Absa spokesperson Phumza Macanda said. "Absa denies that there is a foundation for any of the allegations made by Mr Cohen."

She said independent evaluations had determined the value of the property at between R201m and R250m, with no valuation of R600m as claimed by Cohen.

She also said Blacher and Nathan had not been involved in "any material discussions or negotiations relating to the sale or purchase of the property".

Blend Group CEO Mark Corbishley said he strongly rejected the allegations of bribery, saying due process had been followed.

"The Blend Group is committed to ethical business practices . and we are distressed at the allegations levelled by Mr Cohen and reject these with contempt," he said in a written statement.

Protea Hotels by Marriott, which owns part of the hotel, did not respond to questions.