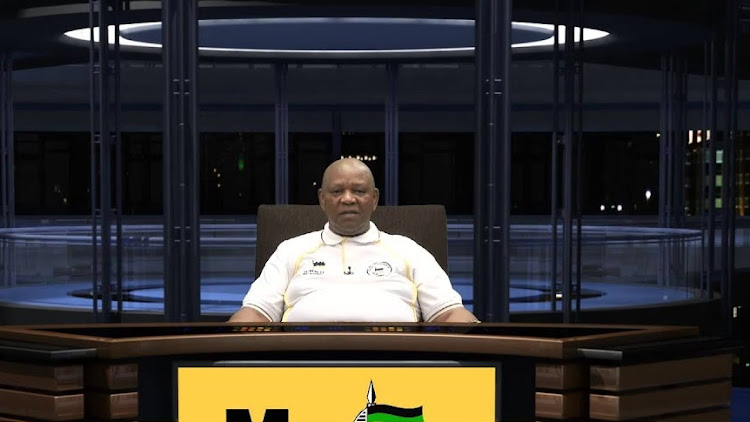 An audio recording of a tense board meeting at AYO Technology Solutions - owned by businessman Iqbal Survé, which scored billions in state pensioners' money - has shed light on the cavalier way the company approved questionable deals worth R400m, including one benefiting a top ANC member.

Another deal the board approved was structured by Survé to benefit one of his companies, Sekunjalo, even though the pension fund monies would be used to foot the bill for the transaction.

AYO has courted controversy since the Public Investment Corporation (PIC) - which manages R2-trillion in assets on behalf of government pensioners - paid R4.3bn for a 29% stake in the company at R43 a share when its real value at the time of listing was significantly lower than that.

City Press reported in December that AYO had "hijacked" a deal from three black entrepreneurs who had the backing and funding of the Industrial Development Corporation to acquire a 60% stake in IT firm Sizwe Africa Group.

After an intervention by ANC chaplain-general Rev Vukile Mehana, who has a 10% stake in Sizwe Africa, AYO snatched the deal from under the noses of the entrepreneurs, acquiring 55% for R165m, valuing the company at R300m, in a transaction that personally benefited Mehana.

Besides chairing the Sizwe Africa Group board, Mehana is also chair of the board of African Equity Empowerment Investments (AEEI) - formerly Sekunjalo Investment Holdings - which has a 49% stake in AYO, presenting a serious conflict of interest for the cleric. Survé's Sekunjalo is a majority shareholder in AEEI.

Mehana refused to respond to questions from the Sunday Times, referring all queries back to Sizwe Africa.

Sizwe Africa IT Group said on Friday that while it entered into negotiations with the three entrepreneurs who were interested in acquiring a stake, that process was dependent on a fair valuation of the company. The IT firm said while Mehana is a shareholder and chairs its board, he was not involved in negotiations to sell a stake to AYO.

"Sizwe is not aware of any conflict of interest."

A "black empowerment" beneficiary of Iqbal Survé's AYO Technology Solutions, which scored shares worth more than R300m when AYO listed on the JSE, is ...
News
3 years ago

Now a new recording sheds light on how the board that approved the Sizwe Africa IT deal, and another that resulted in AYO purchasing a 32% stake in a black-owned investment company, was hastily put together 24 hours before the deals were approved. This is the second such recording to have surfaced. The Sunday Times two weeks ago reported on a leaked recording in which Survé can be heard advising AYO board members to mislead the PIC.

The investment company in question is black-owned, listed financial services firm Vunani Ltd, of which AYO acquired a share after settling a R130m debt to Investec.

An e-mail seen by the Sunday Times addressed to Adam Ismail, a lawyer for Webber Wentzel, which initially advised on the listing, shows that Survé instructed how the Vunani deal should be structured. This flies in the face of his claims that he is not involved in the running of AYO (click on the tab below if the document doesn't open).

Ismail told the Sunday Times yesterday that though his firm advised AYO on its listing between October and November 2017, its involvement ceased before the listing. He declined to comment on the e-mail from Survé, citing confidentiality.

Responding to questions through a public relations company, Survé insisted the e-mail demonstrated nothing "untoward".

"It is not unusual for a shareholder to put a deal before the board of the company in which it has an interest - especially if said deal makes sound commercial sense and fits with the company's mandate. It is clearly stated in this brief that it is up to the board to ratify. There is nothing untoward in this correspondence," he wrote.

Vunani CEO Ethan Dube confirmed Survé was involved in earlier discussions to structure the deal, before it came before the AYO board. Dube said they first held discussions with AEEI in about July 2018. He said they were of the view that the deal was supported by current and former AYO executives. Dube insisted everything was above board with the deal. Investec confirmed that Vunani settled its obligations with the bank. It refused to comment further, citing confidentiality.

Vunani has since taken over as a sponsor of AYO's listing on the JSE after its original sponsor, PSG Capital, resigned as sponsor in December.

Andre Visser, general manager of issuer regulations at the JSE, said they aware PSG was no longer AYO's sponsor and that Vunani had taken over. He said the bourse had asked the two companies for clarity.

Iqbal Survé splurged almost R140m on seven luxury V&A Waterfront apartments in Cape Town in an 11-month spree just before it emerged that one of his ...
News
3 years ago

In the latest scandal to hit AYO, the company's former CEO, Kevin Hardy, and former chief investment officer, Siphiwe Nodwele, objected during a tense board meeting on August 21 to how a new board - constituted without their knowledge and chaired by former Cape Town city manager Wallace Mgoqi, who also chaired Sekunjalo - decided to go ahead with purchasing stakes in Sizwe Africa IT and Vunani without due diligence.

Hardy had in an earlier e-mail raised questions about the manner in which the acquisition of Sizwe Africa IT was undertaken.

The JSE has since instituted an investigation into the AYO listing. "We can confirm that a formal investigation is under way. The JSE can state that it is looking at all matters where we believe there may be an impact on the listings requirements," Visser said.

Board chair Mgoqi said AYO was not aware of any investigation.

"The company has not been informed of such. But, in light of recent media reports, the company was asked by the JSE to clarify certain points which it has now done," he said, adding that AYO would soon announce to the market that Vunani was its new listing sponsor.

Survé insisted yesterday that he was not controlling AYO from the shadows.

"I reiterate that I am not on the board of AYO, nor part of its management team. I am, however, an interested and concerned majority shareholder in AEEI, which is a shareholder of AYO," he said.

AEEI did not fully respond to questions sent to it on Friday.

Iqbal Survé might not be much good at running businesses but he's very good at making money, and just as talented when it comes to spending it, as ...
Opinion & Analysis
3 years ago

How can a businessman, shown to be at best a fantasist and to have deliberately lied about much of his background, continue to be fêted by groups ...
Opinion & Analysis
3 years ago

We're being attacked for being a public black-owned business: Sekunjalo

The Sekunjalo Group believes it is under constant attack for being a public black-owned ICT business and upsetting the “status quo”.
Business Times
3 years ago