DA in row over 'proof' of would-be MP's race

By ZIMASA MATIWANE and APHIWE DEKLERK 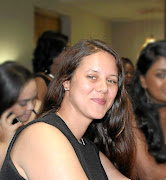 The DA has been rocked by a fresh race scandal after an MP candidate complained about being asked to produce proof she is not white.

Hannah Winckler, a South Coast constituency officer who has applied to stand for election as a legislator, complained to KwaZulu-Natal leader Zwakele Mncwango that another leader had asked her to prove she is coloured.

This comes as the war over the party list of candidates to parliament and provincial legislatures is intensifying. There is a strong push in the DA to diversify the list to reflect SA's demographics, and as a coloured woman, Winckler stands a better chance of going up the list.

In a letter to party bosses detailing the incident, Winckler writes that she told Kajee it was a well-known fact that she was a "person of colour". However, she says, Kajee further asked her: "What does your ID book racially categorise you as?"

Winckler says Kajee asked her if she had evidence that she was a person of colour, after she said she was not aware of racial classification on her identity document.

"I was taken aback by this question as I am aware that a request to 'prove' one's racial identity felt intuitively ethically dubious and against DA values. I responded that I had no idea how to go about providing such evidence - the only thing I could think to suggest was a copy of my father's ID book," she writes.

Winckler said Kajee told her it was necessary to have such proof, should her identity come into dispute and be used to kick her down the list.

Contacted by the Sunday Times, Winckler declined to comment, saying the incident was an internal party matter.

Mncwango confirmed that the matter was being investigated.

The Sunday Times has seen a copy of a letter written by Gauteng leader John Moodey to DA federal executive chair James Selfe, in which he voices his disgust over the incident, labelling it "apartheid practices". He attaches the letter written by Winckler.

Moodey writes: "I will not allow this matter to be ignored. This e-mail serves as an official request for this human-denigrating matter to be investigated."

Moodey declined to comment. Kajee referred all questions to Selfe, who confirmed an investigation was under way.

A DA leader said the incident was disturbing.

"It's traumatic for anybody. In this day and age, in this SA, you are forced to prove your race group. It's totally unacceptable. This is nothing else but to ensure they move people from one list to another list to ensure their buddies are on the list," said the leader.