Today is World TB Day, but for SA's survivors-activists the campaign to fight the killer disease is one they wage every waking moment 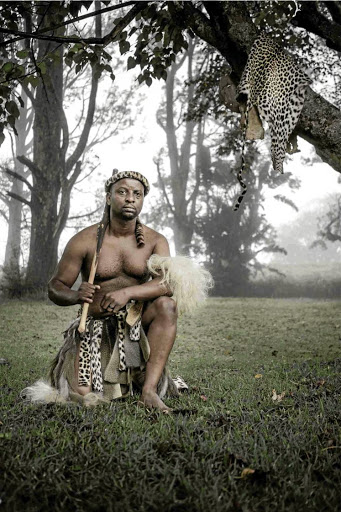 The Indian consulate high above Cape Town's Bree Street has cultivated a barber shop atmosphere, largely the doing of the chancellor, who prefers to consult in the waiting area, sitting down alongside visitors.

Case by case, his initial frown quickly gives way to an expression of understanding, followed by prescriptive advice. This is how, in early January, he greeted a young South African woman casually dressed in jeans and wearing a beanie over long braids. The frown, followed by understanding, but then a question: "What do you want to do?"

She gets straight to it, forgoing context.

"I want to file a legal challenge in your country to prevent Johnson & Johnson from extending its patent on the salt form of the TB drug bedaquiline," she says. "If the extension goes ahead Johnson & Johnson will extend its monopoly on the drug and ."

"You can't file it like this," the chancellor cuts in. "You need documentation from your own high court. Once you have this, come back to me."

Health activism has produced some glorious moments but more often it is like this: a series of time-consuming brushes with officials in unremarkable offices.

The young woman - Khayelitsha-born Phumeza Tisile - is not bothered. "There will be challenges. I think this is the first time a TB survivor activist is attempting to challenge a patent extension application in another country. I will go back to the lawyers."

The challenge was filed a few weeks later, by Phumeza in SA and Nandita Venkatesan in Mumbai, India. As an activist strategy it is quite powerful - two young women from two of the countries most affected by drug-resistant strains of TB, both of them TB survivors who lost their hearing as a result of the toxic treatment they had to take, collaborating to fight a gambit by a big pharma monopoly that would deny thousands of people access to an effective new drug that, among other benefits, does not cause hearing loss. 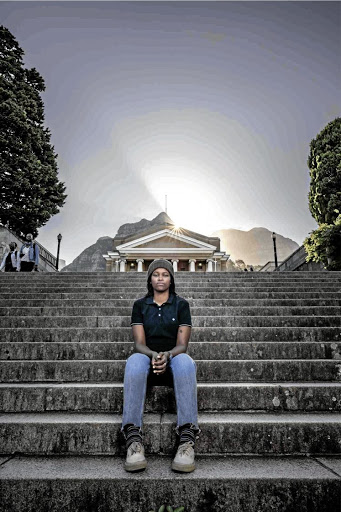 Many South Africans will recall the epic struggle HIV activists waged against big pharma over monopolies on antiretroviral drugs. It started 20 years ago, drew in support from across the globe, and ultimately led to the Pharmaceutical Manufacturers Association of SA abandoning a legal motion to enforce the protection of patents on life-saving ARVs, clearing the way for the sourcing of generics at a fraction of the cost. That fight was won because it was passionately led by people who were living with HIV, in concert with medical NGOs, patient advocates, academic institutions, leaders like Nelson Mandela, and many more.

People working in TB often refer to the HIV story in lamenting the relative lack of interest in supporting the fight for better TB treatment and care.

Health minister Aaron Motsoaledi has been one of the most compelling voices on this, admitting in his closing remarks at last year's SA TB Conference that despite having been a doctor for more than 30 years, he was shocked to recently learn "that in the past 200 years TB has killed more people than smallpox, bubonic plague, malaria, Ebola, cholera, influenza, HIV itself - all added together . But when we mention these facts they still do not elicit a response similar to that of the diseases that I mentioned."

Motsoaledi is not wrong, and a grotesque number of people will continue to suffer and die from TB until such time as support for fighting the disease is equal to the toll it takes.

It also true that great progress has been achieved on TB issues in the past 20 years, and, as with HIV, a few courageous TB patients have played a crucial role in achieving change.

To illustrate this point, Dr Eric Goemaere of the Southern Africa Medical Unit, a division of Doctors Without Borders, recalls a time as recently as the late 1990s when the dominant view in the World Health Organisation (WHO) was that drug-resistant TB was the patients' fault, "the consequence of them not taking their treatment properly, and if not this then due to clinical issues, such as bad medicines".

‘Go deaf or die’: No one should face such a choice, says TB survivor

When Phumeza Tisile was diagnosed with drug-resistant tuberculosis in 2010, she had two choices: death or deafness.
News
2 years ago

He says: "Drug-resistant TB patients were typically confined to hospitals or locked up in sanatoriums, often against their will, and in these facilities patients often experienced a strong degree of stigma from staff, who saw them as 'defaulters'."

As if this wasn't bad enough, the treatment lasted up to two years and included an antibiotic administered by injection so painful that many who receive it weep. This is the same antibiotic that caused Tisile and Venkatesan to lose their hearing.

"In the last 10 years or so TB patients and survivors have started speaking out about the terrible choice they were being made to face, which was a choice between dying and losing their hearing. First it was courageous individuals like Phumeza, and now it's groups and they are getting bigger and harder to ignore," Goemaere says.

In mid-2018 SA became the first country to replace the toxic antibiotic injection in drug-resistant TB treatment with less toxic, more effective bedaquiline. In doing this the department of health risked the ire of the WHO because bedaquiline is still undergoing phase 3 trials, and was not then recommended for such broad use. 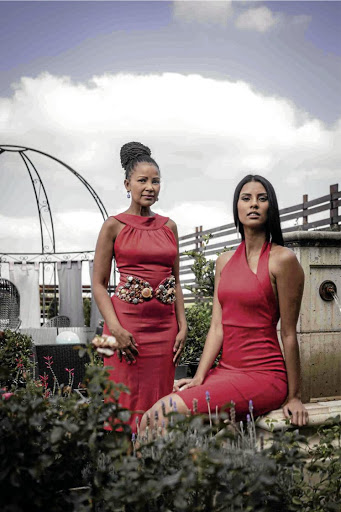 Hearsay has it that in justifying the decision, department of health officials pointed to the local activism around toxic treatment, and said that in the face of this pressure they could no longer justify denying drug-resistant TB patients access to the best treatment available. The dropping of the injectable continued a trend of progressive reforms in the approach to TB treatment and care in SA.

These reforms include heavy investment in new tools that enable doctors to diagnose TB within hours, especially difficult to diagnose cases, and the decentralisation of treatment for people with drug-resistant forms of TB, meaning that patients are able to stay at home and visit a nearby primary health clinic for their appointments, instead of spending months in isolation in central hospitals.

An army of TB ambassadors

More recently the government - and Motsoaledi in particular - has publicly recognised the role played by patient and survivor activists in the fight against TB, calling for more "TB leaders" to step forward and "speak about TB in every corner of our country", and appointing several high-profile individuals as national TB ambassadors, tasked with raising awareness around the disease.

Co-ordinating the ambassadors programme is media personality Gerry Elsdon, who was diagnosed with TB of the womb in 2002, and has been publicly talking about TB for 17 years, which arguably makes her SA's original TB ambassador.

In a country where TB is highly stigmatised, patient advocates "help people who are suffering with TB to realise that they are not alone, that there are others like them and that there is no shame in sharing the impact that TB has had in their lives", Elsdon says.

"The information shared by patient advocates also helps to bring many carriers of TB into our health facilities, as they recognise their own symptoms in the stories."

Different voices resonate with different people, and the recent inclusion in the TB ambassadors group of celebrity TB survivors such as current Miss SA Tamaryn Green and pop star Kelly Khumalo has done much to raise the local profile of the disease.

"TB is not only a physical disease but an emotional and mental one too, and for that a support structure is critical," says Green, who was diagnosed with TB while studying medicine, and believes her studies might well have been interrupted if it wasn't for the support of her parents. 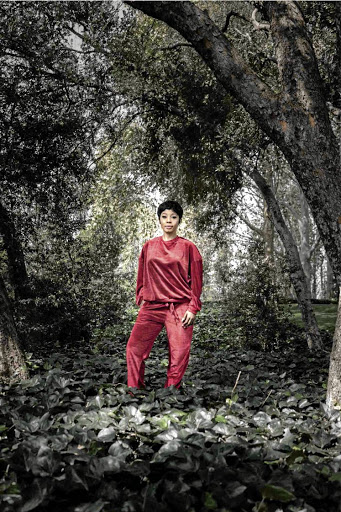 Klerksdorp-born Thabo Pelesane is another new "ambassador", although he has been speaking out about TB for many years.

Pelesane acknowledges that his failure to properly take his TB treatment after he was first diagnosed in 1994 probably led to him being diagnosed with TB again in 1995, 1998, 2005 and 2008.

"I skipped treatment for different reasons. At the age of 13 it was because the pills turned my urine orange, and my classmates mocked me about this and I wanted them to stop. Later in life my drinking was a factor, and in the advocacy work I have been doing for many years now I stress the importance of taking the treatment properly.

"I tell people that my life has been distorted by TB in avoidable ways, and I live with the knowledge that I probably infected members of my family," he says.

One of the longest-serving ambassadors has a unique profile. Prince Nhlanganiso Zulu, son of Zulu King Goodwill Zwelithini, was diagnosed with TB in 2010, after which he spent three months in hospital before having one of his lungs surgically removed. When sharing his story on public platforms the prince will often ask the person nearest him to lift the back of his shirt, exposing 25cm of scar tissue below his right shoulder blade.

"I want people to realise that I no longer have all my body parts, thanks to TB - I believe many people can relate to the pain of this," he says.

SA's fight to control TB is greatly hampered by high numbers of "missing" TB cases - people with TB who have not been diagnosed and started on treatment.

For the prince, finding the missing cases is the key to defeating the disease.

"A person who has TB but doesn't realise it will continue going out in public, potentially infecting others," he says, adding that men are a big part of the problem.

"Many of us are trapped in this habit of avoiding health facilities when we do not feel well - it's an old mindset and for this to change a lot of men are going to have to step forward to set a new example. My ambition is to start this movement," he says. 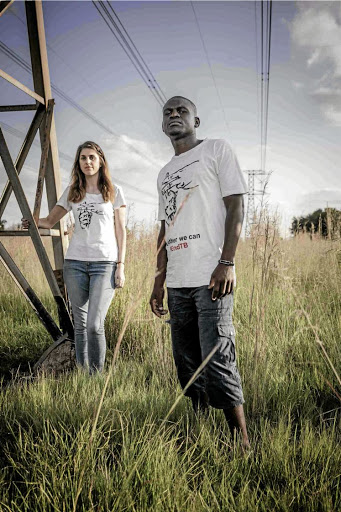 In his capacity as a national TB ambassador the prince has been visiting many male-only, predominantly Zulu hostels in KwaZulu-Natal and Gauteng.

In future, as with HIV, books might well be written and documentaries made about individual contributions to the fight against TB. But as with HIV, it is the countless anonymous contributions both big and small that make the difference.

Tisile, who has delivered petitions at the World Health Assembly in Geneva, participated in "freeze mob" stunts at the plenary of the Union World Conference on Lung Health in Guadalajara, and spoken out at the UN high-level meeting on TB in New York, has never lost sight of this fact.

"I have seen the incredible impact a single voice can make, but often the most meaningful thing you can do as a survivor of TB is share your experience directly with someone who has TB, helping to keep them positive on what remains a very difficult journey."