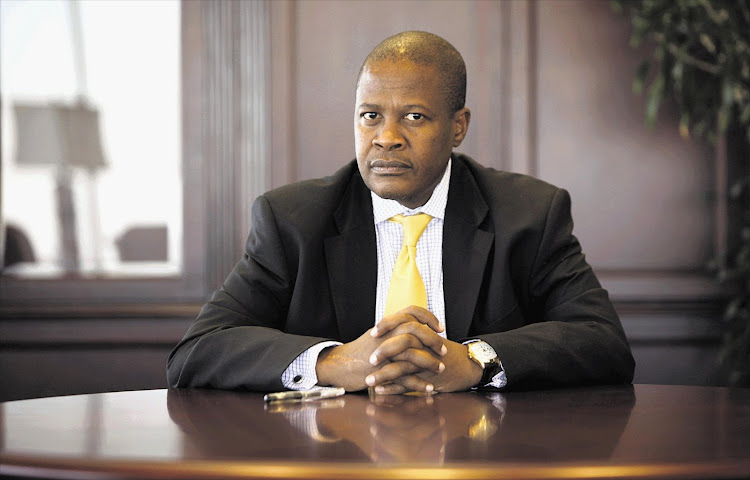 A new forensic report into a multibillion-rand locomotive contract at Transnet has revealed how Brian Molefe and Anoj Singh introduced Gupta-linked Regiments Capital and Trillian to the state-owned company.

The two companies went on to earn millions in consulting fees.

The report, compiled by Mncedisi Ndlovu and Sedumedi (MNS) Attorneys, identifies Singh and former Transnet chief executives Molefe and Siyabonga Gama as having fraudulently made Regiments and Trillian the lead consultants in the contract for the purchase of 1,094 locomotives from China.

The attorneys recommended that Molefe, Gama and Singh be criminally charged for their role.

The contract, to advise Transnet on how to structure a $1.5bn (R21bn) loan from the China Development Bank for its maximum benefit, was first granted to a consortium led by consulting firm McKinsey.

However, in August 2012, then Transnet boss Molefe approved a memo from Singh, who was the chief financial officer, which raised a potential conflict of interest involving two of McKinsey's consortium partners, Letsema and Barloworld. The memo suggested that another partner be found, with Singh and Molefe suggesting Regiments as a replacement.

It concluded that Regiments had fraudulently earned more than R260m in consultancy fees and instructed Transnet to recoup the money.

"In the circumstances, the appointment of Regiments was unlawful for being inconsistent with the constitution and was further irregular for failure to comply with Transnet's own [procurement rules]."

According to the report, Regiments' remuneration model was fraudulently changed from a set fee to a "risk share" or "success fee" model that guaranteed it 25% of what it "saved" Transnet.

The report also identified Molefe's successor, Gama, as having irregularly introduced another Gupta-linked firm, Trillian Capital, as consultants on the same deal, under the guise that it was Regiments' enterprise development partner.

Trillian came in as advisers to replace JPMorgan, whose involvement was also questioned in the report.

Trillian earned R93m in consultancy fees, which the attorneys' report said should be recovered.

Contacted for comment, Molefe dismissed the MNS report as a "rehash" of previous reports on the matter.

"The issues that they raise are in other reports. For instance, there was another report last year which canvassed the same issues and as a result Transnet issued a summons, saying they would recover money. The process is that since those summonses, we filed our notice of intention to defend the action and requested certain documents from Transnet, which they are yet to respond to, and in fact we are now going to compel them to respond," said Molefe.

Singh said he would not comment on the report.

Gama, Regiments and Trillian could not be reached for comment at the time of going to press.

Almost three months after being ordered by the high court in Pretoria to cancel an "unlawful" multibillion-rand contract with a Gupta-linked company, ...
News
2 years ago

Eight senior executives at Transnet, who have been implicated in forensic reports dating as far back as 2011, have been issued precautionary ...
Business Times
2 years ago