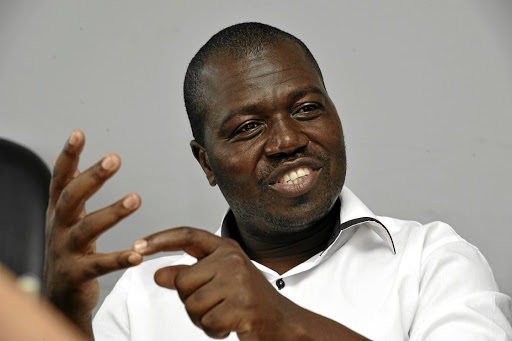 Scopa chairman Themba Godi will not be returning to parliament.
Image: Robert Tshabalala

Long-serving MP Themba Godi, chair of parliament's standing committee on public accounts for more than a decade, has become a high-profile casualty of the elections. His party, the African People's Convention, won just under 20,000 votes, about half the number needed for a seat in the National Assembly.

AgangSA, established in 2013 by struggle stalwart Mamphela Ramphele, is also making an exit from the National Assembly.

PODCAST | The arrogance of the ANC

Its leader, Andries Tlouamma - Ramphele quit shortly after its launch due to infighting - said small parties had suffered because of apathy and lack of voter education.

The UDM of Bantu Holomisa is likely to drop from four seats to two.

Another party that split from the ANC, COPE, was a major casualty. It won 1.3-million votes in the first elections it contested in 2009 but this week's returns show its three MPs are likely to be pared down to one.

Fringe parties lost at the ballot box and the bank

A record number of political parties contested the elections, but in the end it was the Independent Electoral Commission (IEC) that smiled all the ...
News
3 years ago

That means its president, Mosiuoa Lekota, will return to parliament but there will not be seats for his deputy, Willie Madisha, or the long-serving Deidre Carter.

The National Freedom Party, which split from the IFP in 2011, is likely to return with one or maybe two MPs after amassing only 61,000 votes, a huge drop from the more than 288,000 it won in 2014. In that election it secured six seats.

This means that of the top three parties in the National Assembly, only the EFF has increased its quota of MPs - both the ANC and the DA lost seats.

Early calculations are that the EFF will increase its caucus from 25 to about 40 MPs. Among the likely new EFF faces are the president of its student command, Peter Keetse, and two activists who shot to prominence during the #FeesMustFall protests, Naledi Chirwa and Vuyani Pambo. The Freedom Front Plus is set to double its contingent of four MPs, and the IFP could get another three MPs for a total of 13.