What ministers were up to when call came from Mahlamba Ndlopfu 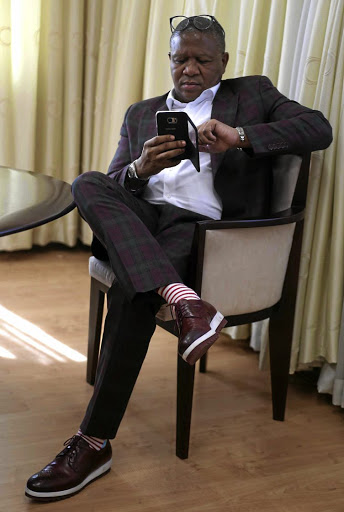 Director-general in the presidency Cassius Lubisi disrupted at least two drinking sessions as well as dinner plans and couch-potato moments when he called new ministers to Mahlamba Ndlopfu on Wednesday.

New minister of employment & labour Thulas Nxesi was seated at a bar when Lubisi's number flashed on his phone.

"I was in Montecasino with a personal appointment, at the bar. Then the call came," Nxesi said. "I seriously did not expect the call because I thought the process would be completed on Thursday or Friday, so when the DG called, I had to abandon my appointment."

Transport minister Fikile Mbalula was with friends when he got the call. "I did not even tell the comrades where I was going. I just decided to just disappear because they might spoil my chances. I said 'Comrades, let me go home, I will see you'," said Mbalula.

"It was my sister's birthday, so we were at her house in Soweto and we were preparing dinner and when the call came I had to leave the dinner," she said.

She declined to say whether she was watching the controversial cheaters show Uyajola99.

Defence minister Nosiviwe Mapisa-Nqakula was having a lazy day in her dressing gown, basking in the winter afternoon sun, when she was called to go and meet the president.

"I was in the sun in my gown and then DG Lubisi says, 'Minister, would you please drive to Mahlamba Ndlopfu,' and I said 'Look at the time.' It was ten to four and he says I must be there by half-past four.

"I said, 'How am I going to be there by half past four? Firstly, I have to check protectors [and] some of them live in Hammanskraal and, two, I am not ready. Actually, I am embarrassed to tell you I still have to shower.' And that is what happened," she said.

Minister of co-operative governance & traditional affairs Nkosazana Dlamini-Zuma missed the call because she was busy preparing a report for an ANC meeting.

Only later, she said, someone came to her to tell her Lubisi was trying to reach her.

It was a similar situation for arts & culture minister Nathi Mthethwa, who missed the call because he was doing household chores. 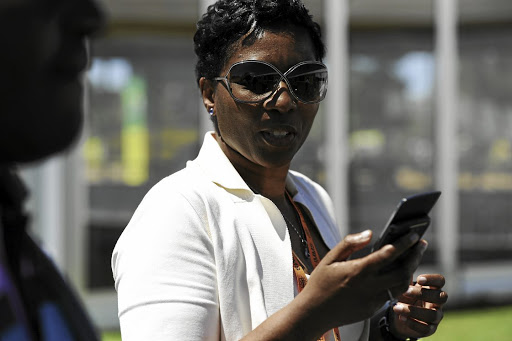 Ayanda Dlodlo was relaxing in front of the TV when the presidency called.
Image: Gallo Images / Foto24 / Felix Dlangamandla

Deputy minister of higher education Buti Manamela was also elbow-deep in chores - his call came while he was washing dishes.

"I was at home relaxing and doing dishes. Then the DG called and I obliged," he said.

Justice minister Ronald Lamola was about to show off his football skills at the Wanderers Club in Johannesburg when he was summoned to Mahlamba Ndlopfu.

Khumbudzo Ntshavheni, the new minister of small business development, was gardening when she was told to meet with President Cyril Ramaphosa.

Public works & infrastructure minister Patricia de Lille did not pack a bag with her when she flew from Cape Town to meet the president. De Lille said she had nothing to wear for the swearing-in ceremony the next day and had to go shopping.

Ministers Stella Ndabeni-Abrahams, Zweli Mkhize and others were simply at home relaxing when they got their calls.

When the minister and deputy minister appointees arrived at Mahlamba Ndlopfu on Wednesday afternoon, their phones were taken away from them and returned only after Ramaphosa began his announcement, just before 9pm.

Cyril Ramaphosa appointed a few young people to his cabinet this week. Zingisa Mvumvu takes a look at some interesting new names
News
1 year ago

What are we to make of Ramaphosa's values when we read into his cabinet picks?

The cabinet sworn in by chief justice Mogoeng Mogoeng this week seems to be the product of deals, trade-offs and compromises struck in secret, which ...
Opinion & Analysis
1 year ago
Next Article