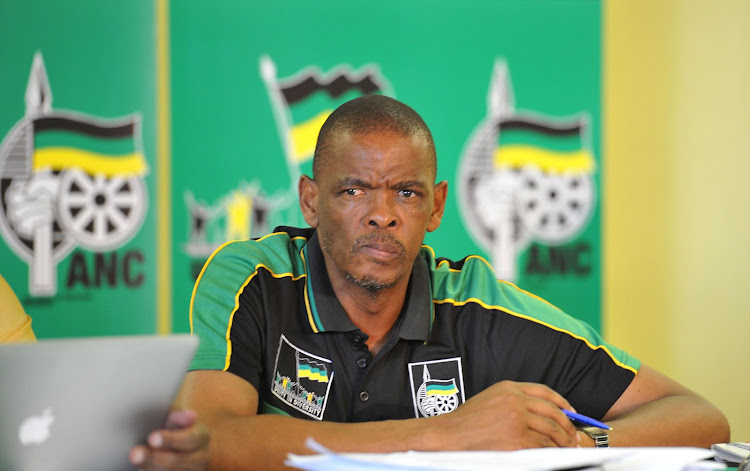 ANC secretary-general Ace Magashule insisted on Bongani Bongo, Faith Muthambi and Supra Mahumapelo as nominees for portfolio committee chairs despite fierce opposition from the rest of the ANC top six and the alliance leadership.

Senior party leaders told the Sunday Times this week of heated exchanges over the list announced by Magashule, which nominates a number of tainted leaders who held senior positions in former president Jacob Zuma ’s government to preside over key parliamentary committees.

Magashule, who gave the names at a media briefing on Wednesday after meetings of the top six and the alliance secretariat, said the list had been a “collective decision”.

But according to other senior party leaders, there were “huge battles” at both meetings, with vigorous opposition to those implicated in allegations of corruption and state capture.

“Ace basically out-tackled everyone by arguing that even some among them were implicated … He said [his nominees] could not be excluded on that basis,” said a source with intimate knowledge of the matter.

Friction in the leadership

A member of the ANC national executive committee spoke of “huge unhappiness about the whole process, not just certain names”.

Magashule had initially intended to announce the names a week earlier, but was stopped from doing so by President Cyril Ramaphosa and other party leaders who pressed for further consultations.

SACP deputy general secretary Solly Mapaila confirmed yesterday that the party had been consulted on the list and said it had lobbied for some changes, including that Bongo, a former state security minister, not be appointed as the justice committee chair.

Mapaila said the original list shown to the SACP had the word “final ” on it and also had Mahumapelo as the proposed chair of the cooperative governance and traditional affairs (Cogta) portfolio committee.

“We objected to each and every name with allegations against them,” Mapaila said.

“The issue was that they were cleared by the integrity commission and could not be removed. All we could do was lobby for them to be shifted from crucial portfolios. It was a very robust meeting.”

Mapaila said Magashule and his deputy, Jessie Duarte, left the meeting to travel to Cape Town to consult the rest of the ANC’s top officials.

The Sunday Times understands that when some of the officials raised objections to people implicated at the Zondo commission, and cited allegations that Bongo had tried to bribe Ntuthuzelo Vanara, the evidence leader for the Eskom inquiry, Magashule turned his guns on his comrades.

“He said: ‘Even some of you have been implicated and might still have to appear before the integrity commission. So if you allow some people to be prejudiced by accusations, the same must happen to you.’

“That is how he forced his way,” said one source.

Former energy minister Tina Joemat-Pettersson has been lined up to chair the police portfolio committee.

A member of the top six told the Sunday Times that tensions are escalating in the uppermost echelon of the party as a result of the nominations battle and other rows, including the recent showdown over the way Magashule misrepresented the lekgotla discussions on the mandate of the South African Reserve Bank.

“There are serious trust issues among ourselves, so it is difficult to function like this,” the top-six member said.

He said Magashule and the ANC’s chief whip in parliament, Pemmy Majodina, would not have been able to announce the list if there had not been agreement.

“What was presented to the public was a product of consultation,” Mabe said.

The ANC chose the eve of President Cyril Ramaphosa's state of the nation address, by far the most important event on SA's political calendar, to ...
Opinion & Analysis
3 years ago

President Cyril Ramaphosa moved decisively this week to head off an apparent plot by ANC secretary-general Ace Magashule to engineer a "parliamentary ...
News
3 years ago

Is Ace the reincarnation of Dr No?

ANC secretary-general Ace Magashule's not-so-secret guerrilla warfare against President Cyril Ramaphosa over the direction of the ANC and the ...
Opinion & Analysis
3 years ago