Vice-Chancellors' pay bonanza is 'out of control' 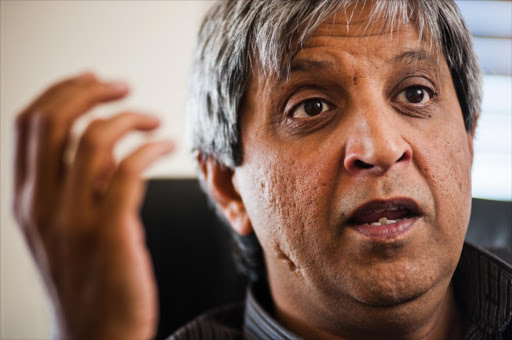 Academics are calling for the scrapping of performance bonuses for university vice-chancellors, after two of them pocketed R1.1m each last year.

Some have also questioned why senior executives of underperforming universities or those mired in controversy earn more than those managing institutions that feature prominently in world university rankings.

The two who received the R1.1m bonuses are SA's highest-paid vice-chancellor, Unisa's Mandla Makhanya, who earned R5.2m last year, and the second-highest earner, Tshilidzi Marwala of the University of Johannesburg (UJ), who took home R4.9m.

University of Zululand vice-chancellor Xoliswa Mtose earned R4.455m, despite a degrees-for-sale scandal and Council on Higher Education CEO Narend Baijnath telling parliament last year that the "dysfunctionality" of the university had been "a great concern for decades".

In contrast, Mamokgethi Phakeng of the University of Cape Town (UCT), which is Africa's top university according to five world university rankings, was paid R1.5m for six months' work as the new VC.

Unisa's Makhanya may have been smiling all the way to the bank, but research conducted by the department of higher education indicates that students studying through distance-learning institutions "have a very low chance of success".

The study, which focused on first-time undergraduates enrolled from 2000 to 2016, found that 27.7% of the 2008 cohort studying three- to six-year qualifications through the contact mode dropped out by year 10, compared to 70.4% of those studying through institutions like Unisa. Almost all of SA's long-distance studying at public universities is done through Unisa.

The study said Unisa, which has more than 360,000 students, must conduct research to understand the causes of the high dropout rate. Unisa has also been plagued by exam paper leaks and the late delivery of study materials.

Spokesperson Martin Ramotshela said Makhanya was awarded his bonus after the university council concluded that his performance in 2018 was "satisfactory".

"Any insinuation that the performance bonus paid to Professor Makhanya is excessive would therefore be ill-informed and preposterous," he said.

"It must also be emphasised that this phenomenon of dropout rates predates his tenure as vice-chancellor."

Gender plays a role, but mainly poor facilities at schools.
News
2 years ago

Wits University vice-chancellor Adam Habib said salaries should be regulated "to ensure the playing field is level when recruiting and retaining senior academic leaders in the sector". "This will also assist in ensuring that while vice-chancellors and senior leaders are fairly compensated, their remuneration is not excessive and does not further contribute towards deepening the inequalities in the sector and in society."

"On the research front, considerable gains were made with increasing publications output." 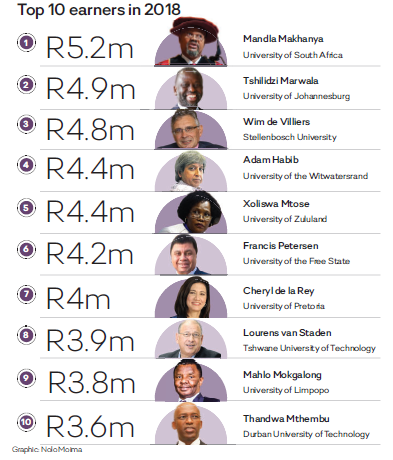 Esterhuizen said Marwala forfeited R337,757 of his bonus, which was used as a scholarship fund for rural African women.

Labby Ramrathan, a professor in the University of KwaZulu-Natal's school of education, said bonuses and perks paid to vice-chancellors were "getting out of control".

He said the huge difference in salaries and bonuses across institutions was stark and "does not resonate with accountability".

"For example, it does not make sense to have a VC leading a world-recognised university, in terms of rankings, earning less than the VC of a university that has poor outcomes."

He said performance bonuses should be scrapped "because the incumbent was employed to do the work".

Felix Maringe, head of the Wits School of Education, said the vice-chancellors of some institutions that produce the highest research output are paid significantly less than their counterparts at universities that do not contribute much to knowledge production.

"The problem seems to be how different university councils define a vice-chancellor's performance," he said.

"The biggest injustice is that the people who contribute to the success of these institutions, the staff who drive student success and produce the research, receive no bonuses for their troubles."

Ahmed Bawa, CEO of Universities SA, which represents the country's 26 public universities, said an analysis of vice-chancellors' salaries was being considered.