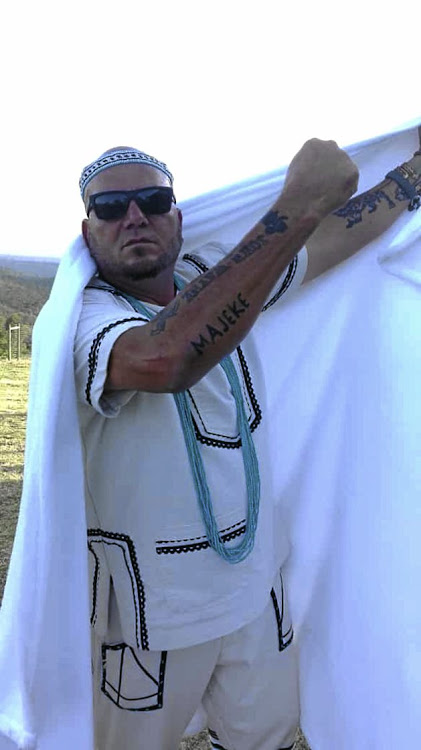 When Fritz Joubert cocked his gun and held it to Mohammed Allarakha’s chest  in a Bloemfontein KFC parking lot last year, the teenager thought he was going to die.

“I am glad that he’s dead, I feel like people will be safer now,” Allarakha said this week.

Joubert, 45, was shot dead by a police officer last weekend, shortly after videoing himself beating traditional healer Anele Hoyana to death on his smallholding  in  Gonubie outside East London.

Police had responded after Joubert himself summoned them to the smallholding.

Joubert had  two videos on his cellphone capturing  the moments leading to Hoyana’s death.

The videos — which Joubert posted on   Facebook before police arrived —  have since gone viral.

In the first, shot   by a neighbour,   a volatile and rambling Joubert taunts  Hoyana and threatens him with a stick, calling him the devil and saying he will  kill him.

The second video, taken by Joubert, shows Hoyana lying helpless on the floor as Joubert beats his head repeatedly with the butt of a rifle.

Hoyana’s fiancée, Babalwa Lasi, screams in protest with every blow.

Shortly after  the fatal beating, Joubert had locked Hoyana’s children, aged  two  weeks and two years, in a bathroom. 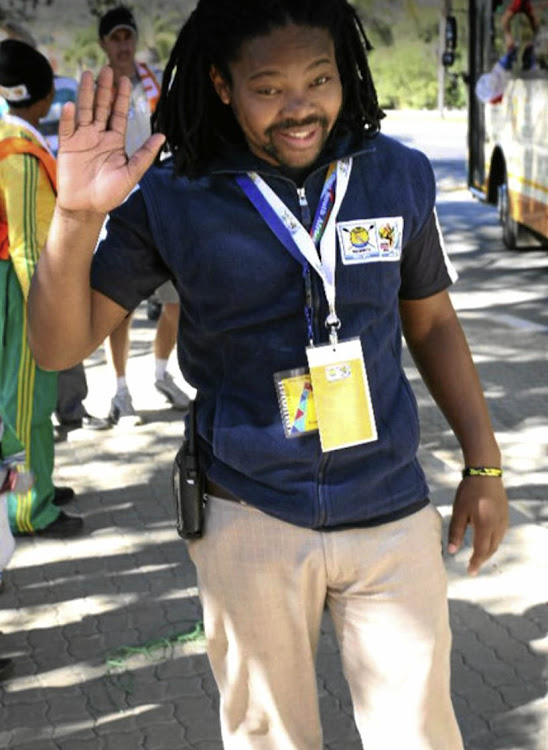 Anele Hoyana, who was killed by Joubert by beating him with a rifle butt.
Image: Supplied

Joubert   —  father of three children   who live in East London with their mother, who  divorced Joubert about  five years ago   — was initially  friends with Hoyana and helped Hoyana’s mother, who lived on a neighbouring property,  with occasional   chores.

Hoyana, Lasi and their children moved into a room in Joubert’s house two weeks before the killing.

Joubert has been described by those close to him   as “unhinged” and “descending into madness”.

Allarakha this week described  his own encounter with the “madman” Joubert.

“We had gone to KFC and my cousin had gone inside to order,” he said.

“Joubert was inside and told her she was going to make the place stink.

“She made a comment back, and he pushed her. When I confronted him outside, he called me a c**lie,” Allarakha  said.

“He parked me in and walked over to my window. He cocked the gun and put it to my chest and took the keys.”

Allarakha laid charges and Joubert was arrested and detained overnight  in a police  cell.   He  had been due to stand trial next month  for crimen injuria, robbery and pointing a firearm. 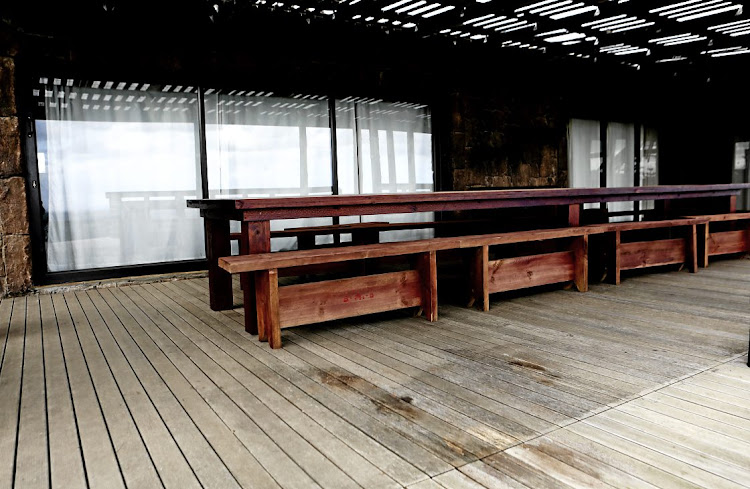 Bloodstains on Joubert's patio mark the spot where he bludgeoned his former friend Hoyana to death with a rifle butt.
Image: Masi Losi

The Sunday Times has seen a letter  Joubert  sent to insurer Old Mutual in February, in connection with a claim under an income-protector policy, in which Joubert says he  developed post-traumatic stress disorder as a result of the nights he spent in the police cells.

The  letter also said   he had been in and out of psychiatric facilities since his divorce.

Joubert  said he had admitted himself to  Bloemcare, a  psychiatric clinic in Bloemfontein,  for treatment  after he attacked a man he thought was  his former wife’s  lover.  His former wife obtained the protection order against him.

He was very aggressive towards the end, but he was not a racist. He beat up white people more than black people

A friend, who spoke to the Sunday Times on condition of anonymity, said  Joubert had stopped taking his medication earlier this year because “he got tired of waiting all day in a line to be seen by doctors”.

“He was drinking heavily and became increasingly violent. I had not seen him since May after an episode where he became aggressive in front of my children,” the friend said.

“In the last month no-one wanted to visit or be near him because he was so volatile.”

Another friend, who also requested his identity be withheld, said Joubert was quick to anger and prone to violence.

“He was very aggressive towards the end, but he was not a racist. He beat up white people more than black people,” he said.

“You would say one wrong thing to him and he would snap and beat you up.”

When the Sunday Times visited the Hoyana family in the Eastern Cape  this week,   Lasi was too upset to discuss the killing.

On Wednesday, in a solemn cultural custom to retrieve the spirit of Hoyana, his  brother Olwethu Hoyana visited the spot on Joubert’s deck  — still bearing bloodstains —  where he  had been attacked. 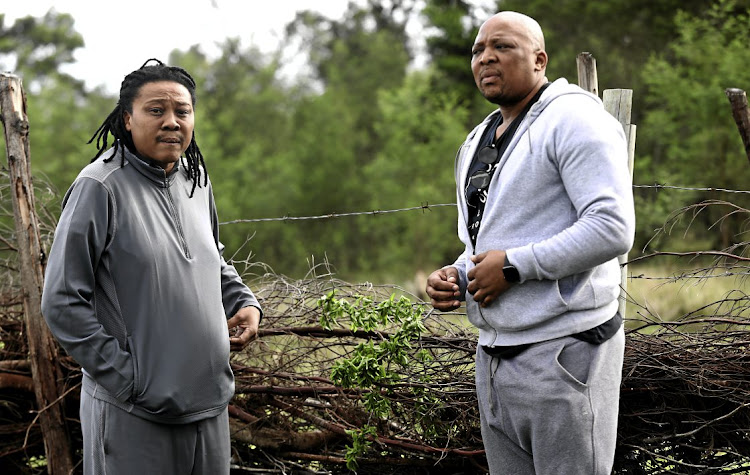 Hoyana's brothers Unathi and Olwethu performed customary rituals to bring his spirit home to rest. They wove a green stem of a wild olive tree into the enclosure of the family kraal.
Image: Masi Losi

In the family kraal,  a green  stem of  the  umngquma (wild olive) tree was   woven into the  enclosure’s wall and Hoyana was introduced to the ancestors, in line with Xhosa custom.

Olwethu said it was not like his brother to shy away  from a fight, and that watching footage of him pleading with Joubert had left him shaken.

“I think he could sense the danger that was coming, and he was trying to protect his family.”

He said Lasi had rushed  one of the children to the doctor on Wednesday after the child was having difficulty breathing.

“She told us Fritz had the child by the neck and was strangling him before the police came,” Olwethu said.

“Anele had been living with Fritz for two weeks before he died. Fritz was supposed to be his friend.”

Fritz Joubert was allegedly fired as a policeman when he was 21 - and was out on bail on a robbery charge at the time of his death last weekend.
News
2 years ago

Farmer 'instructed me to film': inside Fritz Joubert's house of horror

The property where sangoma Anele Hoyana, 40, was beaten to death with the butt of a rifle by farmer Fritz “Majeke” Joubert has been occupied by the ...
Politics
2 years ago

'Death was an easy way out for Fritz Joubert': Celebs outraged by Anele Hoyana's murder

Some of Mzansi's most famous faces, including Dineo Langa, Pearl Thusi and Gail Mabalane, expressed outrage on social media
TshisaLIVE
2 years ago