'Everyone wins': SBV guard who 'walked off with R4m' hailed a hero 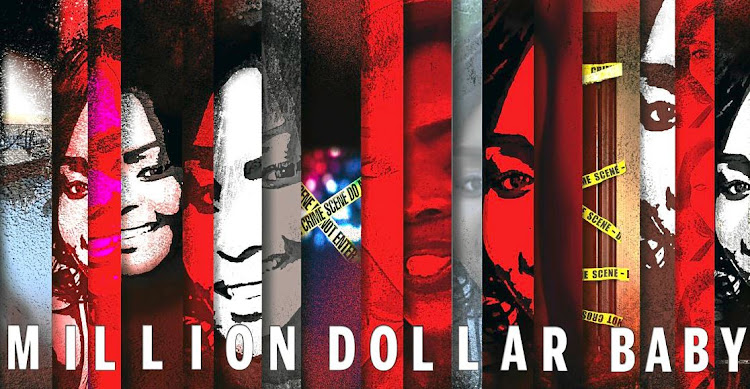 Bathobile Mlangeni is on the run, allegedly with R4m in stolen cash. But to some in her community, she is a hero.

“It’s not like she killed someone. She took some money. The person whose money it was had already deposited it, so the banks and CIT [cash-in-transit] companies will have it insured. Everyone wins,” said a neighbour this week.

The 29-year-old “devout Christian” allegedly walked out of an SBV cash centre beneath Midrand’s Mall of Africa last July with the cash stashed in black rubbish bags loaded onto a trolley. SBV processes, moves and manages cash and high-value assets.

Behind the walls of a modest facebrick house in Mtwesi Street, Soweto, her relatives kept a low profile after the news of the daring heist broke.

But around them, the chatter amplified about the woman who seemingly pulled off such a feat.

SBV Services on Tuesday appealed for information to assist an investigation into a former employee allegedly linked to the theft of R4-million from ...
News
2 years ago

Mlangeni has managed to dodge police and SBV internal investigators, and the talk around her community is mostly that of admiration.

She said Mlangeni had moved out of the house some time before the theft, and had stopped visiting her family in the “middle of last year”.

“When her sister got married in November, people said she had [disguised herself] and that she was here. I don’t know. I couldn’t see her but it felt like she was there.”

“Bathobile’s grandfather was a bishop. She grew up in the Zion church. It was her family. She would never do anything to hurt God, the church or her family.”

Cash-in-transit company SBV Services is offering a reward of up to R1m for information leading to the arrest and prosecution of a gang that bombed an ...
News
2 years ago

He said even after she moved to a flat in Johannesburg, Mlangeni  would return home every weekend for church.

“People then said they haven’t seen her for a long time, but I’m sure I saw her recently.”

Another resident, Zodwa Buthelezi, said the family had become very reclusive.  “Except for the wedding they keep to themselves these days.”

She said Mlangeni was not that bad.

“The money was insured, so what’s the problem? Would you not take R1m if it was just lying on the ground?”

Another resident, who did not want to be named, said: “I always liked her. She used to play in the streets with all the other kids. She was very clever. I knew she would achieve something one day.”

Her family declined to speak to the Sunday Times, but an elderly neighbour beckoned reporters with persistent “pssts” and frantic hand gestures.

“The wicked child lives there. That’s the bank robber’s house. The one who took all the money, but who didn’t kill anyone. They say she is a hero and she is good, but she is not.

“Her parents are God-fearing, but that one, tsk. I always knew she was naughty.”

The money was insured, so what’s the problem? Would you not take R1m if it was just lying on the ground?

A source said Mlangeni was seen on CCTV footage slipping into a storeroom where she used a pair of scissors to cut open the bags and then put the money into the black bags, which she took to a kitchen. The black bags were passed off as rubbish.

A short while later she allegedly loaded the black bags onto the trolley and walked off.

The source said that “generally women are not good at hiding, but this one has proved elusive”.

“She constantly stays one step ahead of investigators.

“Investigators received solid information that she was going to her sister’s wedding. They infiltrated the wedding, but she was not spotted.

“We heard she was hiding out in a flat in Johannesburg and investigators disguised themselves as security guards, but again nothing. We have used various methods to track her, searched homes and used state-of-the-art technology.”

The source described the theft as opportunistic.

Ten suspects in four vehicles attacked and bombed a cash van on December 13 in Spruitview.
News
2 years ago

“She is not a criminal mastermind. She just took a chance.”

Police spokesperson Capt Kay Makhubela said police had obtained an arrest warrant only in December “after investigators exhausted all efforts in tracing Mlangeni”.

He said a case of theft was being investigated. “The theft happened on 8 July but a case only opened on 15 July. We do not know why.”

Asked about the time it took to secure the arrest warrant and why the robbery was only made public now, SBV spokesperson Jane Steinacker said: “Given the sensitive nature of this investigation we have had to rely on the process. The police issued an alert at the time of the incident.

“We had to wait for an arrest warrant to be issued before we could ask the police to place the bulletin.”

She said that for security reasons SBV could not reveal how it marked money to deter theft,  or why it took so long  to report Mlangeni’s alleged theft to police.