Zim vice-president wants US$245,428 in divorce, says wife can have saucepans 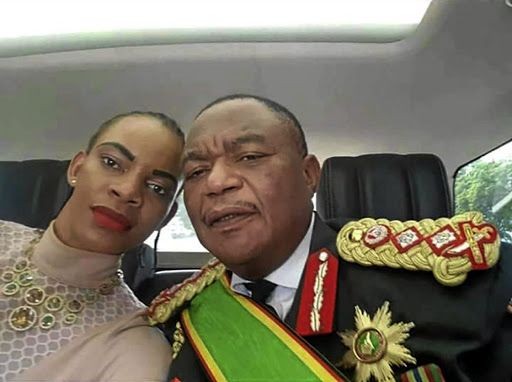 Vice-President Constantino Chiwenga is willing to let his estranged wife Mary Mubaiwa get all their kitchen utensils, a bed and three cars in their divorce.

But he draws the line at cash that he says belongs to him - US$245,428 that is kept in Mubaiwa's FBC Bank account.

Chiwenga makes the disclosures in a summons filed by his lawyer Wilson Manase at the high court, where he is seeking a divorce order terminating their customary-law union.

The summons was filed in December but kept as a security file at the high court. The Sunday Times has now seen it.

Chiwenga is demanding that he be granted custody of the couple's three minor children, with Mubaiwa being given "reasonable" access to them on weekends.

He also wants half of Orchid Farm on Domboshava Road on the outskirts of Harare. The farm was acquired while they were married.

Constantino Chiwenga fights it out in court with estranged wife

The estranged wife of Vice-President Constantino Chiwenga, Marry Mubaiwa, says her husband is using his political position and military authority to ...
News
2 years ago

The vice-president says Mubaiwa should take possession of all the kitchen utensils and the bed they shared. But he claims the cash in the FBC account was collected from his hunting concessions.

He wants her to vacate his Borrowdale Brooke home on Nick Price Drive, to which he secured rights during his previous marriage to Jocelyne Chiwenga.

In December, Mubaiwa was arrested and charged with attempting to kill her former husband while he was being treated in a South African hospital.

She was also charged with externalising foreign currency, money-laundering and fraud. She has denied the charges.

She argues they were fabricated and that Chiwenga brought the murder charges against her in a bid to force her hand in the divorce proceedings. Mubaiwa is represented by Beatrice Mtetwa.

When she was granted bail Mubaiwa moved into the house on Nick Price Drive, which they share after a magistrate said it was big enough for both of them.

Chiwenga maintains that allowing Mubaiwa to leave the marriage with his cash or belongings would result in "deprivation of his assets".

Chiwenga says he acquired a 3,198m² residential stand for Mubaiwa, stand no 591 Borrowdale Brooke, and three top-of-the-range vehicles - a Land Rover Discovery, a Range Rover Sport and a Ford Ranger - which he does not claim as his own and which he says can be awarded to the former model.

Chiwenga claims Mubaiwa acquired two residential properties in Tshwane, SA, and three houses in Harare's Mount Pleasant and Vainona suburbs at an auction by KM Auctions, which is owned by her father.

She also bought two Land Rover Discovery vehicles in SA, without his knowledge or involvement, he says.

Marry Mubaiwa, the estranged wife of Zimbabwe’s vice-president Constantino Chiwenga, on Wednesday denied allegations that she tried to kill him.
News
2 years ago

Marry Mubaiwa, the estranged wife of Zimbabwe’s vice president Constantino Chiwenga, has been charged with attempted murder of the former military ...
News
2 years ago