'I am remaining vigilant': Covid-19 survivors share stories of recovery 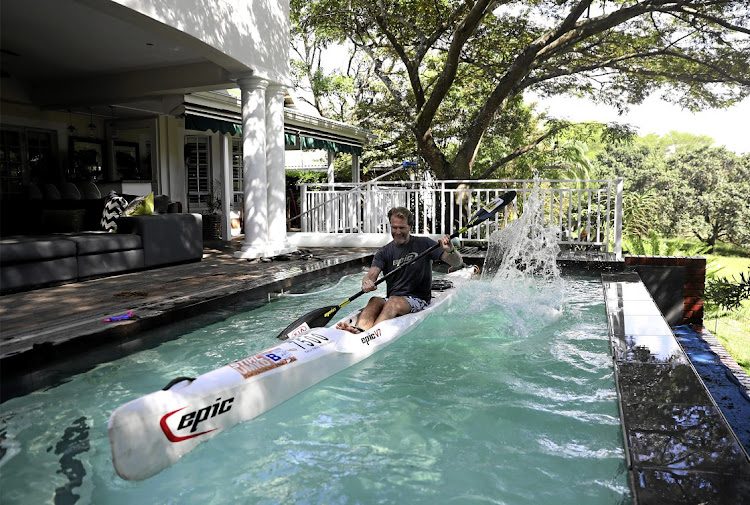 Herman Chalupsky, a Covid-19 survivor, was among the first 20 people who tested positive in SA after a skiing trip to Italy. He has since tested negative.
Image: Sandile Ndlovu

Fear. Anxiety. Panic. That’s what some of the South Africans who have recovered from Covid-19 experienced after testing positive.

Pregnant mother Morgan Brink, who tested positive after a cruise, said she had been sick with worry each time she coughed. She carried the burden of worrying about the risk to her unborn child and her family for two anxiety-ridden weeks until her second negative test this week, after which she received the all clear.

Brink was 20 weeks pregnant when she got the devastating news that she had contracted the virus. She and her husband were tested after they took their three-year-old son to the doctor for tonsillitis.

Both toddler and husband tested negative. “I had a good cry,” she said. The family was aboard the MSC Orchestra, which set sail from Durban for Mozambique on March 16, returning four days later.

Brink said she developed a slight cough on the ship, which got worse once she got her results at the beginning of April. “My cough got really bad. At night my lungs would close up and I would really struggle to talk and breathe. But it only lasted a couple of days then it cleared up,” she said.

As the government grapples with finalising a plan to feed a growing number of desperately hungry people amid the Covid-19 national lockdown, shelters ...
News
1 year ago

The family went into immediate 14-day isolation at their home in Roodepoort, Gauteng, after testing.Brink, who is now 22 weeks pregnant, said the baby is in good health. “I still have a slight cough and a few headaches but other than that I feel much better,” she said.

For a Durban father of two, the experience of moving from self-isolating in his home to a hospital after testing positive was sobering. The man, who was one of the group of 10 who travelled to Italy and returned to SA on March 1, stayed in an isolation ward in Addington Hospital for more than two weeks.

He did not want to be named.

He said he had been “emotionally strong” through his experience because he had nearly recovered from his dry cough by the time he tested positive.

The man and his friends launched an unsuccessful legal challenge to allow the department to release them from hospital to recover at their homes.

They were only released after a double negative test. “I’m not fearful about reinfection, as is appears the likelihood is very slim. I am remaining vigilant as I feel it is the right thing to do to reduce infection, both from a personal perspective and for greater society.”

Former champion canoeist Herman Chalupsky and four friends found watching the news unbearable as they anxiously waited to be cleared of Covid-19.

On March 9, Chalupsky and his friends Garth Loudon, Russell Hampson, Howard Schwegmann and Richard Philips went into isolation at a farmhouse in the KwaZulu midlands after returning from a skiing trip to Italy. While in isolation the group tested positive for the virus.

Chalupsky said the hardest part was dealing with the anxiety and seeing the devastation the pandemic caused.

As SA braces for an onslaught of Covid-19 infections, the state is moving to establish 1,644 emergency field hospitals and quarantine sites to shield ...
News
1 year ago

“In the beginning it was very nice. We thought we’re going to get another two-week holiday. But we soon realised after three days it wasn’t … for us, the symptoms weren’t that [severe] but your mind keeps telling you it’s a bad disease, and you’re looking at CNN and you see all these people dying everywhere in Italy and in Wuhan, so the panic sets in.”

He received the green light from his doctor following the two-week quarantine, and now spends his days canoeing in his pool.

KwaZulu-Natal south coast car dealer Johan Kinsey-Ahlers, who travelled to Germany for business, said receiving the news that he had tested positive for Covid-19 and had possibly unwittingly infected others was a huge blow. Relief came when his family and other contacts tested negative.

“Whilst I had heard from family and friends that there was an unexpected and unwarranted negative backlash from some sectors of our community, I purposely chose to rather focus on the flood of positive messages of support from so many others.”

Joburg businessman who tested positive for coronavirus speaks out

It was supposed to be an international reunion of friends and family. Instead a Johannesburg business person came back from the US with Covid-19 and ...
News
1 year ago

The Eastern Cape government is scrambling to quarantine the province's Covid-19 patient zero, who has been roaming around East London in defiance of ...
News
1 year ago

One of KwaZulu-Natal's latest Covid-19 patients says he's "feeling good" despite testing positive for the virus on Friday.
News
1 year ago

KwaZulu-Natal premier Sihle Zikalala has welcomed the news that the first two South Africans who contracted the coronavirus are back home from ...
News
1 year ago