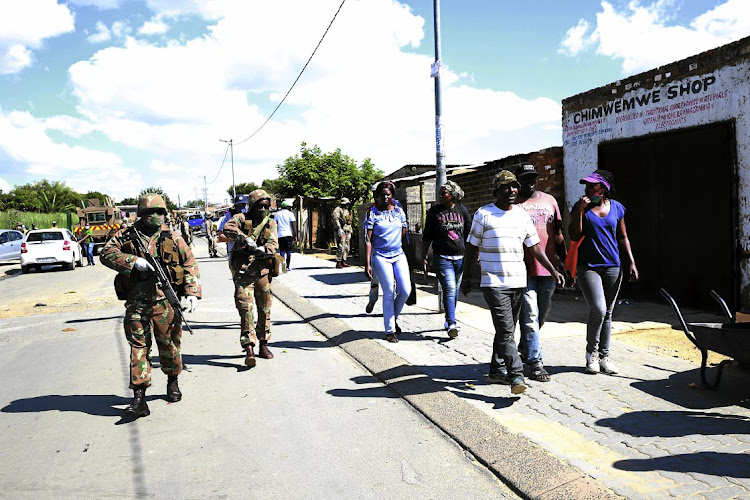 Masked, gloved and armed soldiers patrol the streets of Diepsloot, where people are said to be ignoring many lockdown measures put in place to help slow infection rates of the Covid-19 pandemic.
Image: Thapelo Morebudi

Morgan Maluleke wears a wry smile as soldiers snake down a cramped and nameless road in Diepsloot, barking orders at crowds of jeering people.

“When they are here the streets are empty, but when they leave our lives continue like normal,” he says as the platoon moves on.

In Diepsloot’s Extension 13 — a maze of corrugated-iron homes — army patrols send people scuttling into alleyways and hidden paths, only to flood back onto the streets when the column moves on.

“They are like (amagundwane) rats. You stomp your boot and they run away, but 10 seconds later they are back,” a visibly exasperated policewoman says.

“When their neighbours and their relatives start to die … maybe then they will listen,” she snaps, before rapping on a fence to send a distant crowd running.

The streets were dead silent. Even the stray dogs that usually roamed the neighbourhood looking for rubbish bins to overturn for food saw fit to stay ...
Opinion & Analysis
2 years ago

A rumbling chorus of diesel engines from brown armoured cars had announced the arrival of the army on Thursday morning, the sound sending hawkers running.

Under the shade of an awning, a bucket overflowing with mopani worms had been abandoned, its owner likely outside without a permit.

“We know it’s not good to be outside, but it happens. There is no other way in Diepsloot,” says Maluleke, now confidently hanging his arms over his fence with the amasosha (soldiers) out of sight.

The military’s heavy hand in townships since the start of the lockdown has been exposed in videos of forced physical training, the shooting of a dog and, last weekend, the death of Collin Khosa in Alexandra. A group of soldiers and police officers are accused of beating Khosa to death in his garden on Good Friday.

His family this week sent a legal letter to President Cyril Ramaphosa, demanding financial compensation. In it they claim Khosa was assaulted for allegedly drinking alcohol outside his home. 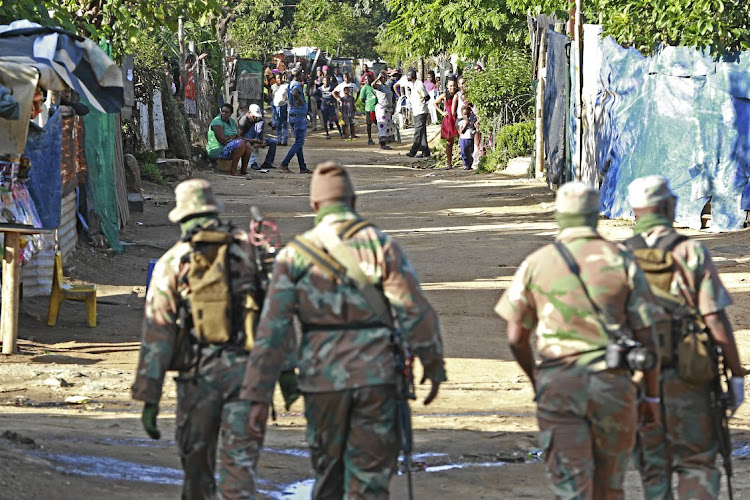 On a Diepsloot street, soldiers approach people who are demonstrating a loose interpretation of social distancing.
Image: Thapelo Morebudi 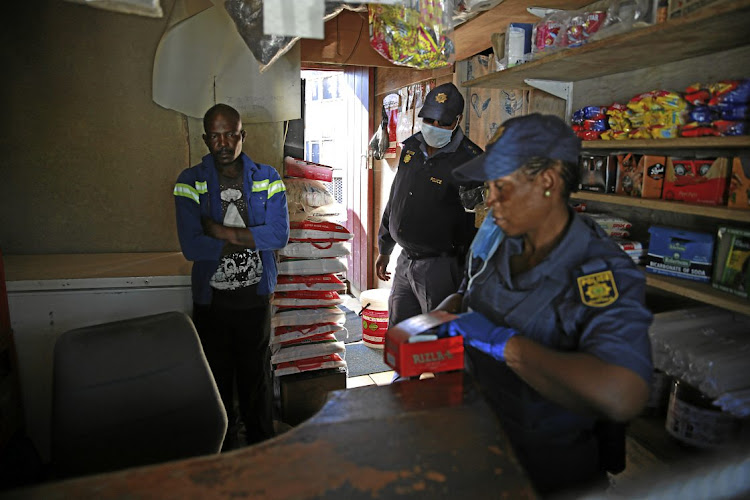 This week, defence minister Nosiviwe Mapisa-Nqakula apologised, saying the SANDF hung its head in shame. She said the law would take its course, referring to independent investigations by the police, military police and the SANDF ombudsman. No soldiers have been suspended in connection with Khosa’s death.

The office of the SANDF ombudsman said 15 complaints against soldiers have been received, all of which are under investigation. They include the death of Khosa. News of his death has filtered through to Diepsloot, Maluleke says. “When the army comes people run. We know they kill people outside. But in here we don’t take chances. We just run.”

A spokesperson for the SANDF, Capt Thabo Sello, said their mission bordered on the impossible as lockdown rules are being ignored. “We move into one area and people all move into their homes, but as soon as we leave, they just come back. It is the most frustrating part of this mission,” said Sello.

“We are in the third week and people don’t take this disease seriously and they are going to get sick. 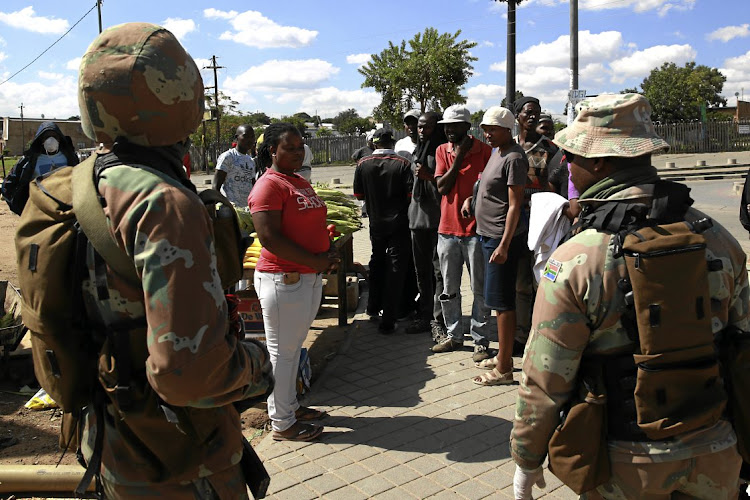 Soldiers engage with civilians on the need for social distancing during the lockdown.
Image: Thapelo Morebudi 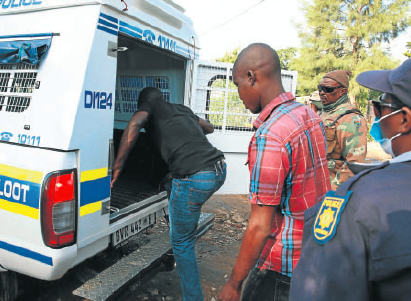 Police arrest two men who refused to adhere to the rules of the lockdown in Diepsloot Extension 12.
Image: Thapelo Morebudi

”In the front yard of another shack, a policeman’s boot reduces a piece of plywood, the board of traditional African game morabaraba, to splinters over the protests of its owner.

“I thought we could do this in the yard,” he pleads, only to be fobbed off by soldiers and police officers who then retreat to the road. As the soldiers regroup after the patrol, three men have been arrested, each marched on by a soldier holding their belts.

Two had been sitting close to one another and refused to move, and the third was caught with 2l of traditional Zulu beer, which was quickly tipped out onto the dusty street. While the army tries to keep people indoors, the inevitable flood of desperate people has the roadways crowded.

Gertrude Monisi had waited outside the food distribution station in Diepsloot’s Peach Street for nearly 12 hours — among hundreds of her neighbours — before a soldier gently helped her to her feet, ushering her home with nothing.

“I am so sad … my family is waiting for me to come back and they don’t know that I couldn’t get any food,” she says. Monisi stoops in respect in front the balaclava-clad trooper, who rests his hands on a rifle slung across his chest.

“It is good that the army is here and this man was nice to me because he could see I was tired. They must stay in Diepsloot,” she says.