Broadcaster says it gives up money slots for Covid-19 messaging 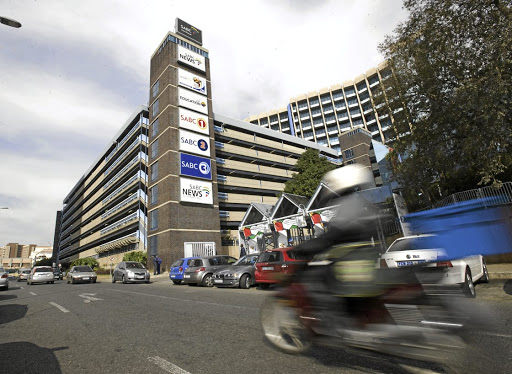 The SABC will put a new case for more money to parliament, citing the need to help with pandemic information.
Image: Tyrone Arthur

The SABC projects a revenue shortfall of R2bn after being forced to direct more money to Covid-19 educational programmes and live ministerial briefings on the pandemic.

It said the shortfall was the result of cancelling programmes that bring in millions of advertising money.

The SABC tried to renegotiate or defer this year's 6% salary hike for employees, or for them to accept a smaller increase. The unions refused.

Tomorrow, the broadcaster will plead its case before parliament's communications portfolio committee. It will ask for more money.

Insiders on the SABC board, who spoke to the Sunday Times, said there had been a significant drop in revenue brought on by the increased focus on Covid-19 coverage.

"There was already a huge decline in advertising spend as the economy contracts," said a board member.

"The huge cost of fulfilling the public service mandate has resulted in programme displacement due to the fact that we are covering live all government media conferences on Covid-19, both nationally and provincially. We are also counting the costs of carrying the education programmes without government funding."

As the medium with the furthest reach in the country, the SABC is rolling out dedicated lessons for pupils and students using its SABC1 and SABC2 platforms, as well as its radio stations.

"We are asking government to fund the education programmes we offer, invest in initiatives we drive in creating awareness on Covid-19 and assist us financially with programme displacement caused by informing South Africans when we cover media conferences live.

"Most of these occur in prime-time slots when we are supposed to cover premium content such as [daily soapie] Generations," said another board member.

The clearing out of normal programmes for Covid-19-related content has led to a R282m shortfall, with the broadcaster forecasting a loss of R2.5bn in the next eight months. The insider said the SABC met the National Treasury last week to explain its cash woes and was now taking its case to parliament. 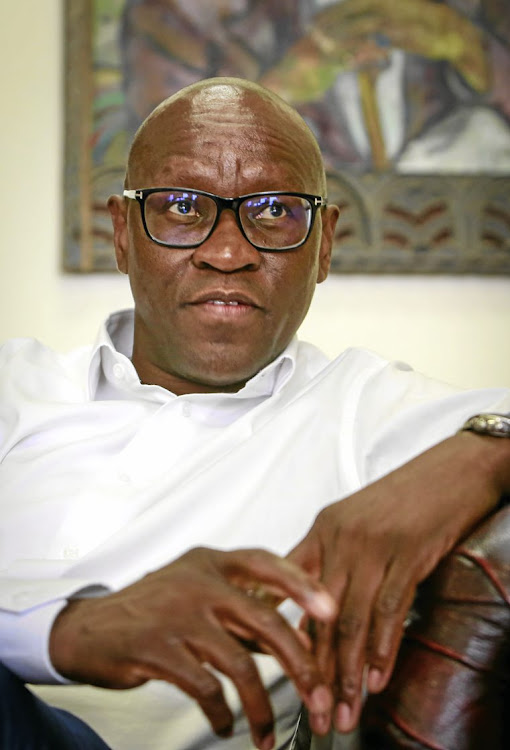 SABC spokesperson Mmoni Seapolelo refused to comment on the coming meeting with the portfolio committee, saying it had not been scheduled by the committee.

Meanwhile, well-placed insiders told the Sunday Times that the broadcaster's board of directors asked its top executives to renegotiate the 6% salary hike to junior staff members, and 5% for those at managerial level. The increases are part of a three-year wage agreement.

The Broadcasting Electronic Media and Allied Workers Union (Bemawu), the largest union at the SABC, told the board and management that they had no right to ask its members to forfeit increases because executive and nonexecutive directors had not donated part of their own salaries and board fees to Covid-19 relief efforts.

A source close to top management of the SABC said there had been attempts to reason with the unions, given the tough economic conditions caused by the lockdown. In the end the SABC had to honour the wage agreement because it was legally binding.

"The SABC submits its annual corporate plan, which gets tabled in parliament. The salary adjustments are budgeted for, these have all been approved by the board and parliament," the source said.

In a written response to questions, the SABC said the salary increases were approved as part of a three-year wage settlement agreement signed in 2018.

Contacted for comment, the National Treasury said: "No additional financial support in the form of recapitalisation has been considered for 2020/2021 and it will therefore be incumbent on the SABC to find internal cost savings to ensure that it remains financially sustainable."

Motsoeneng says the SABC must put the needs of local artists first.
News
2 years ago

Nonceba Mhlauli, a spokesperson for acting communications minister Jackson Mthembu, said the department would continue to support the SABC in fulfilling its public service mandate.

In October, the SABC received R2.1bn of the R3.2bn bailout it had requested from the government when it faced a liquidity crisis. The money came with conditions that included submitting a detailed breakdown of how it would enhance revenue, a clear turnaround plan, separating financial reporting for its public and commercial broadcast arms, and disposing of non-core assets.

Speaking to Business Times in October, SABC CEO Madoda Mxakwe said it would use the bailout to settle all outstanding debt and invest in fresh content.

At the time, the SABC owed service providers R1.6bn, the biggest chunk of which was to signal distributor Sentech.

It also owed SuperSport R200m for a share of the broadcast rights to soccer matches and R148m to musicians and producers in royalties.

The bailout conditions do not allow the SABC to use the bailout money for salary increments.

Communications committee chairperson Boyce Maneli did not respond to requests for comment.

The DA is gearing up to be the first party in SA to hold an elective conference online as it seeks to install a full-time leader to take charge of ...
News
2 years ago