'They can’t survive if I die': Stalwart gogos fear for their families 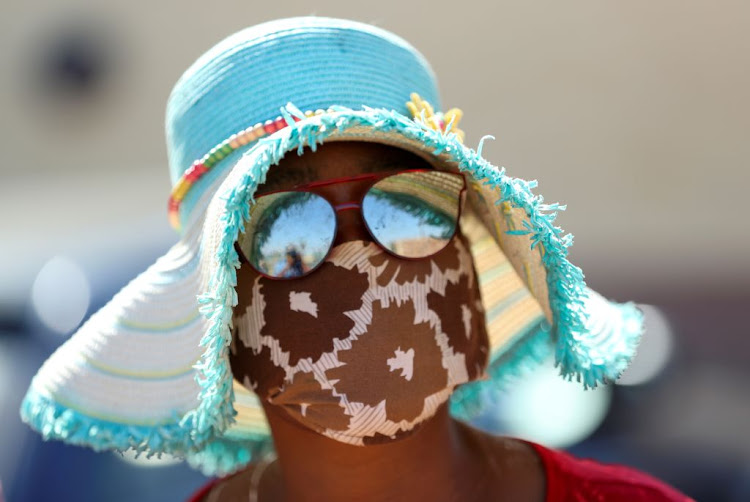 The fear that if she does not survive her Covid-19 infection her family will starve weighs heavily on an elderly Gauteng domestic worker.

“I don’t understand how I got sick. It must have been from someone on the taxi. Maybe while I was at the shop getting my pension,” said the 68-year-old grandmother.

Like nearly 2-million of SA’s 3.6-million old-age pensioners, she is her household’s primary provider.

Nongovernmental organisations and academics fear that the more than 12-million South Africans who depend on elderly relatives face dire consequences, including starvation, as the aged succumb to Covid-19.

The pensioner, who asked to remain anonymous for fear of stigmatisation, said she had no idea where she picked up the virus.

“I just started feeling sick one day. My throat hurt. I was full of fever. I could barely walk,” she said.

“I’m just grateful I’m not that sick that I have to be in hospital. I have to get better for my family. They can’t survive if I die. My boss still pays me, but it’s not enough. Not even with the child grant and pension is it enough.”

• 3.6m - The number of registered old-age pensioners in SA

Her two daughters, both domestic workers, are unable to work under the lockdown.

Other than her R2,130 state pension, which includes the government’s lockdown top-up of R250, the household’s only other income source is the R445 child support grant for her only granddaughter.

For May, the child support grant is R750, but from June it returns to the original value. The state will pay child caregivers R500 instead until October.

Her fear for her family is echoed by Pretoria domestic worker and pensioner Marie Mokoena, 69.

She supports a household of four, including her eight-month-old great-grandson.

“What will happen if I get sick, can’t work or if I die? Who will look after my family?

“I still get paid by the people whose homes I clean, which helps, and we have my pension and the child grant, but my son and granddaughter can’t work. It’s so hard to survive normally, now there is this virus.”

Gauteng’s nearly 700,000 pensioners, according to research conducted for the provincial government by urbanisation think-tank the Gauteng City-Region Observatory (GCRO), are among SA’s most vulnerable, with Covid-19 affecting the job security of millions in the country’s economic hub.

“The research, which looked at provincial household composition and the economic support roles the elderly play, shows that 65% of the elderly have at least one dependent child, with those having on average at least three children who could either be their own or others.

“In the province, 87% of the elderly who have dependent children are the household’s primary caregivers.”

Parker said because the pandemic has dramatically changed household earnings, families are even more reliant on grants and the elderly for survival.

“If an elderly person dies, a lifeline goes away,” she said.

She said the average pensioner in SA supports between four and seven people — meaning “a minimum of 12-million people are dependent on old-age grants for survival. The lockdown has pushed pensioners deeper into poverty, with the elderly increasing vulnerable to Covid-19.

“Increases to the cost of a basic basket of food between March and April have hammered what is left of pension grants. A death now has dire consequences for households.”

“Yes, pensioners also receive child support grants for the children they look after, but that money essentially is for children.”

Drug experts have warned that when the Covid-19 storm is over and the lockdown is lifted, SA may have to deal with a spike in potentially fatal ...
News
2 years ago