Cardinal appeals 'for some kind of assistance' for struggling pastors 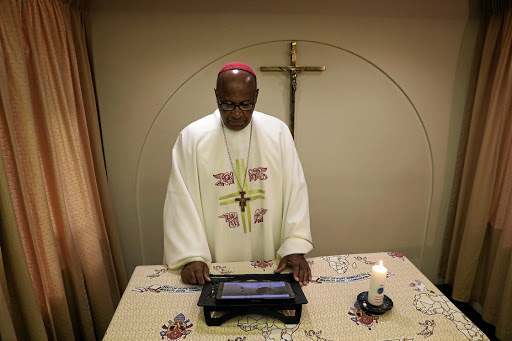 The KwaZulu-Natal Christian Council has called "for some kind of assistance" from the government to help struggling clergy feed their starving families.

The council, led by its chair, Cardinal Wilfrid Napier, met KwaZulu-Natal premier Sihle Zikalala on Thursday to raise its many concerns, including the plight of pastors and ministers as well as the eventual reopening of churches.

"It has been brought to our attention that some pastors are struggling financially and they certainly need assistance. We never asked for a fund to be set up," said Napier.

"Churches are helping where they can. I'm not sure what category pastors and ministers would fall into in terms of claiming from the UIF Covid-19 TERS fund. They have no congregations paying towards their upkeep now."

He said if the government could find a way to include struggling clergy in its schemes "that are there to help the poor, well and good. Some kind of assistance would certainly be appreciated."

On the eventual reopening of churches, Napier said the council had appealed to Zikalala to engage with churches as the government moved through the different stages of lockdown.

"We are saying talk to us about it, and tell us where you think we can fit in, and we can tell you how we can fit in.

"Our people are coming to us and saying we are moving to level 3, what's it going to be with the churches? We can't answer them."

Napier said there was growing concern that churches would only open in level 1 of the lockdown.

He questioned how children were being allowed to attend school, people could exercise and employees could start working but "we can't go into church for an hour".

"That doesn't make sense. How are you going to control children in school but you won't allow adults in church even on an individual or small-group basis? If we can have an hour-long service for a funeral, can't we have an hour-long normal service?

"The premier assured us that he is going to take some of the issues we have raised to national government. National government is not doing any dialogues with churches and that's where the problem lies."

Napier said the council wanted to propose the gradual reopening of churches with stringent safety measures including sanitising, social distancing and smaller numbers of congregants.

Zikalala's spokesperson, Lennox Mabaso, told the Sunday Times: "At this stage I'm not privy to any discussions that unfolded with the stakeholders."

Two economists have welcomed the socio-economic relief measures worth R500bn announced by President Cyril Ramaphosa to address the economic disaster ...
News
1 year ago

Sars will help with the payments of UIF claims should the labour department’s systems crash because of the high volumes of claims received, labour ...
News
1 year ago