Young woman was found hanging from a tree in a desolate veld; CCTV raises new questions, while police minister Cele hints at an early breakthrough 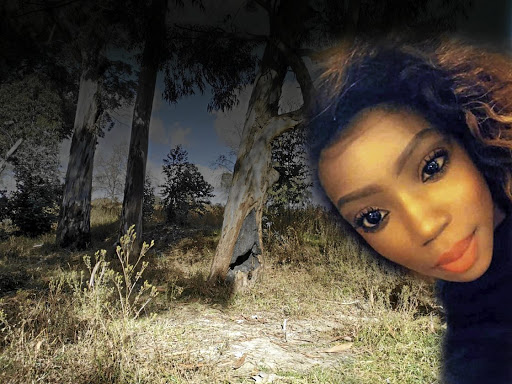 Tshegofatso Pule was found hanging from a tree in this abandoned patch of veld in Roodepoort.
Image: Nolo Moima

Tshegofatso Pule will never experience the joy of looking into her newborn baby's eyes as she cradles her in her arms.

This week, less than a month before she was due to give birth, she was fatally stabbed and hung from a tree in an act of unspeakable evil that will haunt a nation already traumatised by a years-long pandemic of femicide.

Her brutal murder exposed a love triangle built on deceit and infidelity.

Pule and her unborn child had been kept a secret by the man she called her boyfriend. The vivacious 28-year-old was excited about the prospect of motherhood, but the father of her unborn child, Ntuthuko Shoba, hid their relationship from his closest family and his fiancée. They learnt of Shoba's relationship with Pule only after her family told Shoba she was missing, and he told his own relatives about his secret life.

Now the 31-year-old businessman and JSE analyst is at the heart of the police investigation, with CCTV footage seemingly identifying him as one of the last people to see Pule alive.

Police minister Bheki Cele said yesterday nobody had yet been arrested in connection with Pule's murder, but: "We know who we are wanting now. We have the name and the surname and it may be very soon that this person will be picked up." 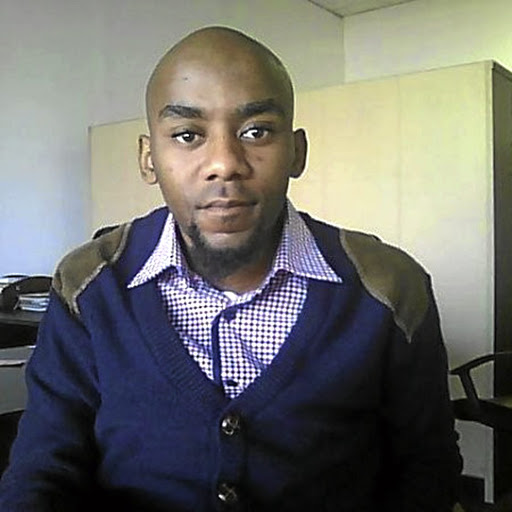 In a brief interview with the Sunday Times, Shoba said he had retained a lawyer as he was one of the last people to see Pule alive. "I thought I should get an attorney because she [Pule] was last seen leaving my place," he told the Sunday Times this week.

Asked about his relationship with Pule and whether they had been dating, he said she was "not necessarily" his girlfriend.

He would not comment further and directed all questions to his lawyer - whose name and contact details he refused to provide, insisting they would contact the Sunday Times. The attorney had not done so at the time of publishing.

His family believe he is innocent.

Shoba did not attend Pule's funeral, which was held on Thursday at Roodepoort Cemetery in Dobsonville, Soweto.

Pule's bloody and battered body was found on Monday morning hanging from a blue-gum tree in a patch of veld in Durban Deep, Roodepoort.

She was barefoot, wearing only a bloodstained sleeveless top and turquoise leggings. She had been stabbed in the chest.

Twine had been tightened around her neck and looped over a branch, her body hoisted aloft. A line where the rope had been strung remains etched in the bark.

The area is between a hostel and an informal settlement and the secluded dirt road is used by people dumping refuse. It is understood that a waste picker found the body.

Her family said they last saw Pule on the previous Thursday when she left her Meadowlands home with Shoba to go shopping for clothes for the baby. They said she had not returned home, and had last been active on WhatsApp at about 10pm that night.

The CCTV footage allegedly shows Pule getting into a grey Jeep outside Shoba's home last Thursday night. Shoba did not get into the car with her.

Shoba remained tight-lipped about his relationship with Pule, but his father, Mzwakhe Shoba, said the unborn baby had been the product of an affair.

"What he told us is that they had an affair some time ago. It was one of those flings and he only told us after her family told him she was missing," he said. "He told us that she became pregnant and they were preparing to buy clothing for the child."

He said his son is engaged to another woman, who was also in the dark about his affair.

"We really feel gutted and shocked and full of grief, and our hearts go out to the Pule family. We are going through the same indescribable pain and we just don't understand it. We pray every day that the culprit or culprits are arrested and brought to book."

The elder Shoba said his son is innocent and that he is stricken by grief.

"He had an interview with the police ... he spent two or three hours with the top brass of the police. They took all the details and also viewed the footage of his place."

The police have launched a manhunt for a man who is suspected of killing Tshegofatso Pule and dumping her body under a tree in Johannesburg, police ...
News
1 year ago

In a case of mistaken identity, a man named David Shoba was outed on social media earlier this week as being Pule's boyfriend. Police have confirmed that he is not connected to the investigation.

Pule's uncle, Tumisang Katake, told the Sunday Times that detectives visited the devastated family this week and showed them CCTV footage, the grainy images understood to be the last time the expectant mother was pictured.

He described how the cameras captured his niece leaving Shoba's apartment complex in Westlake, Florida, on the Thursday night before getting into a Jeep that had pulled up at the gate.

He said the footage showed Shoba accompanying Pule and speaking to the driver of the mystery car before it pulled away. Pule's body was found three days later, about 7km away.

"On Tuesday the detectives came to ask some questions and they wanted to see the footage from our cameras," he said.

Katake said his niece, who had worked as a makeup artist and wanted to pursue studies in marketing, had been looking forward to becoming a mother. He said the family knew Shoba as Pule's boyfriend.

"She was so excited. She was going to have a girl and her name was to be Lesego."

Her death has left her family in tatters, especially her aunt, Priscilla Giwu, who took her in 11 years ago after her parents died.

"She is not OK at all. She is in an emotional state, all of us are," Katake said.

Katake, an attorney who defended murderer Sandile Mantsoe, pledged to never again represent those who rape, kill and molest women and children. 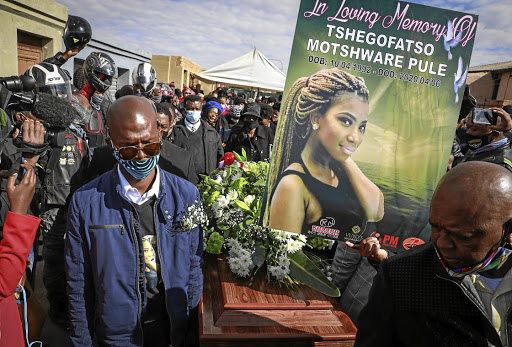 In 2018, Mantsoe was sentenced to 32 years in prison for murdering Karabo Mokoena, whose charred remains were found in Lyndhurst, Johannesburg, in April 2017.

"Tshego is Karabo Mokoena today. I now know how it feels. I now know what the family of Karabo went through," Katake said at his niece's funeral.

Mourners wept uncontrollably as Pule, who leaves a sister and two brothers, was laid to rest with her unborn baby.

Pule's distraught family had been thrilled at the prospect of a new bundle of joy, especially as she and her three siblings lost their parents at an early age.

"There was a baby shower the cousins and friends were planning for her," said Katake. "Everybody had bought stuff, and now you can just imagine what we are going through."

Pule's devastated sister Mimi spoke at the funeral about the support her sister had given her when she was diagnosed with depression earlier this year.

"She said: 'I will be always there for you ... you are going to find peace in your heart.'" Mimi told mourners.

Pule's close friend and former colleague Toheerah Carstens told the Sunday Times Pule had been a "little diva" and a fashionista of note. "She was a ball of fun all the time and made an instant connection with just about anyone she met. Everyone loved her. I loved her."

South African Police Service spokesperson Capt Kay Makhubela said an arrest was imminent. "We don't want to point fingers at this stage, but the suspect will be arrested soon," he said.

Pule's horrific murder made headlines around the world this week, turning attention once again to SA's shameful legacy of violence against women and children.

In another gruesome murder last week 26-year-old Naledi Phangindawo was hacked with an axe while attending a cultural function at the weekend in KwaNonqaba, Mossel Bay. She leaves behind her elderly parents and three children, aged two, four and six. A 34-year-old man has been charged.

On Friday, the body of a woman was found dumped in Dobsonville, Soweto.

Yesterday, President Cyril Ramaphosa condemned the surge in murders of women and children, saying it has been "a dark and shameful week for us as a nation". He called on all South Africans to end the culture of silence around gender-based violence and to report perpetrators to the police.

‘I am innocent,’ says man accused on Twitter of Tshegofatso Pule’s murder

David Shoba is on mission to clear his name after being accused on social media of being behind the brutal murder of Tshegofatso Pule.
News
1 year ago

The heartbroken family of Tshegofatso Pule say they want to dedicate the day of her funeral not only to bid farewell to her but to call for an end to ...
News
1 year ago