Nearly R6m in Covid-19 relief funds - intended for 200 workers at risk of starvation - were diverted to one man in what Asset Forfeiture Unit (AFU) investigators are calling a glaring instance of fraud and money-laundering.

In what appears to be a manipulation of the Unemployment Insurance Fund (UIF) relief system that has given a lifeline to 3.6-million people, a large labour broker's Covid-19 Temporary Employment Relief Scheme (Ters) claim was allegedly paid to one man - Tshepang Phohole.

In an instant he went from having R12 in his account to more than R5m, much of it then quickly funnelled to friends.

Within five days he had blown through nearly R5.7m, and the AFU and police are now probing the UIF to establish whether employees acted in concert with Phohole.

Business has hit back at claims by the labour minister that companies are to blame for delays in getting emergency lockdown funding to workers, ...
News
1 year ago

On Friday, the graft-busting unit of the National Prosecuting Authority (NPA) secured a preservation order from the Pretoria high court, freezing money in 28 bank accounts.

On May 14, its application said, Phohole's bank balance surged from R12.46 to R5,688,814.66, and he immediately began channelling the cash to people in his circle of friends in and around Pretoria.

By May 27, when the Financial Intelligence Centre froze Phohole's account, only R7,155.86 remained. Another R100,201.33 was found in another Capitec account in his name, and a total of R3.2m in friends' accounts. There is no information about what has happened to the remaining R2.4m.

Over 1.2 million have received their R350 Covid-19 grants, but millions more are still waiting

About 2 million South Africans have been approved and are yet to receive payment, while many others have been rejected, Sassa said on Thursday.
News
1 year ago 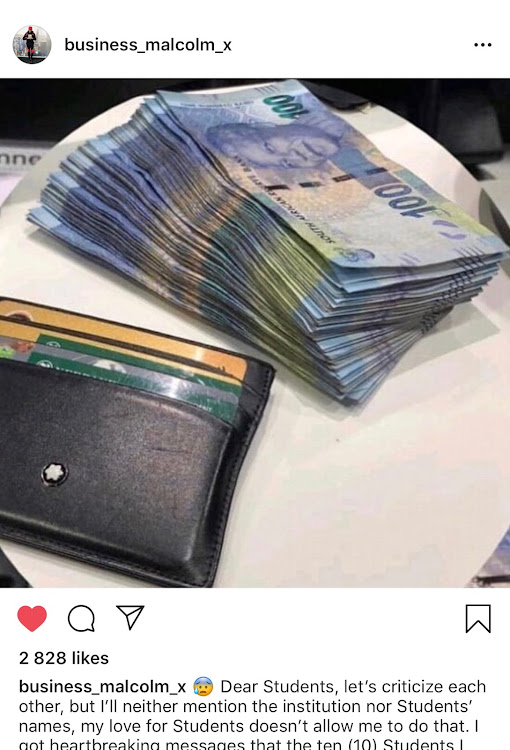 The NPA's Sipho Ngwema said investigators acted quickly to secure the money that remained. "We placed our focus on securing the stolen money as quickly as possible. Law enforcement agencies have come together to form an oversight structure which seeks out Covid-19-related corruption and that is how this incident was picked up," he said.

"We are investigating whether there was complicity on the part of those working at the UIF. There is a suspicion that there may have been criminal activity between UIF officials and the end recipient of the money . it is an area of focus for investigators."

Court papers obtained by the Sunday Times detail how the cash was allegedly diverted to Phohole, and then to his friends. It occurred after a system change at the UIF, which decided to pay claims directly to individuals rather than to their employers. The change has led to severe delays in the payment of May Ters benefits.

According to an affidavit deposed by AFU financial investigator David Mfopha, the R5.7m was meant for employees of Pretoria labour broker CSG Resources. Phohole is registered for financial relief from the UIF's Covid-19 relief scheme, and was due to receive financial relief - just not the windfall that came his way.

The firm submitted its application to the UIF and, inexplicably, the entire amount was paid into Phohole's Capitec Bank account instead of the company's Nedbank business account. By the time CSG raised the alarm and Phohole's bank account was frozen, the money had gone.

Employment & labour minister Thulas Nxesi has appointed auditors to follow the trail of money paid to companies since the start of the lockdown after ...
News
1 year ago

CSG's Kobus Nieuwoudt said the company knew its UIF claim had been processed but the funds had not reflected in its account. "It became clear that the funds were paid out by the UIF, but into a bank account which does not belong to CSG Resources," he said.

Mfopha said: "This is clearly fraud, theft and money-laundering. It is my submission that the funds have been stolen, meaning that theft was committed against the state because Tshepang Phohole distributed those funds well knowing that he was not entitled to those funds or to distribute them."

The UIF's relief scheme has paid out more than R21bn since the beginning of April to more than 3.6-million workers, the department of labour reported on Monday.

Mfopha said analysis of Phohole's transaction history revealed that he hastily disbursed R5.5m in a series of payments to four people. He also spent R5,000 on cryptocurrency through the online trading platform Luno. Among his alleged beneficiaries was Tebogo Masoko, who received the largest slice, R2.3m.

Investigators established that all four began sending money hand over fist to companies and firms in their network.

On more than one occasion, money was dropped into company accounts then later transferred back to the original sender, in what seems to be an attempt to obfuscate the source of the tainted cash.

Among these transactions were those allegedly steered by Masoko, who repeatedly moved money between his personal account and that of his Soshanguve business, DI LS Finest Café.

"All this is done with an attempt of trying to confuse the exact source where the funds originally came from," Mfopha said. "It will be shown that the account holders used the accounts to receive, transfer and launder the proceeds of the . unlawful activities."

According to the papers, money that left their accounts included R25,200 to a tombstone maker and R11,500 on catering.

"From the evidence at my disposal, it is my respectful submission that the positive balances in these accounts represent the proceeds of unlawful activities . the bank accounts are all instruments to commit fraud and money-laundering," Mfopha said.

Repeated efforts to contact Masoko via the several numbers listed in his name were unsuccessful.

Phohole and others alleged to have laundered money have neither been arrested nor charged, but Mfopha said Phohole had stolen the money. The Sunday Times's efforts to trace Phohole were unsuccessful.

Ngwema said: "Law enforcement agencies are awaiting a statement from the UIF that shows how the Covid-19 relief payment was manipulated to be paid into the account of Phohole."

Another stand-off is looming between the minister of transport and the taxi industry - which has rejected the conditions government has tabled for it ...
Politics
1 year ago

Of the R16.5bn that the Unemployment Insurance Fund (UIF) has disbursed as part of the Covid-19 Ters benefits, almost half has gone to Gauteng, ...
News
1 year ago

UIF pays out R15bn for Covid-19 relief, apologises for late release of funds

The employment and labour department says the Unemployment Insurance Fund (UIF) has to date paid in excess of R15bn to beneficiaries of the company ...
News
1 year ago