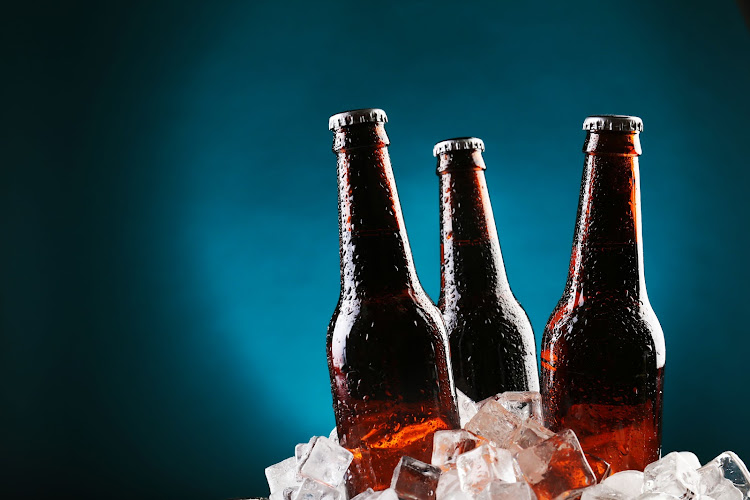 As the war over the ban on booze sales heats up, the alcohol industry has asked the government to suspend R5bn in sin-tax obligations until it is allowed to trade again.

In a separate development, a scientist on the ministerial advisory committee (MAC) — which advises the minister of health, Zweli Mkhize, on Covid-19 issues — criticised the science used to justify reimposing the sales ban.

And professor Charles Parry, a director at the Medical Research Council (MRC), said he was surprised by the outright ban because the council had recommended only tighter restrictions on sales.

The National Liquor Traders Council, the South African Liquor Brandowners Association, the Beer Association of SA and Vinpro — a non-profit company representing 2,500 wine producers, cellars and industry stakeholders — have written to finance minister Tito Mboweni and the South African Revenue Service (Sars) saying the renewed ban on alcohol sales had left them no choice but to apply for deferment of duties payable for July and August. The organisations represent such companies as South African Breweries, Distell and Diageo.

'You should have warned us': Liquor Traders Council to presidency

The National Liquor Traders Council (NLTC) has written to the presidency requesting financial relief for their members after the sudden ...
News
2 years ago

Liquor industry spokesperson Sibani Mngadi said alcohol excise tax was imposed at the point of production, meaning the industry was liable for excise duties worth R2.5bn in July and another R2.5bn in August on products that are in warehouses and cannot be sold.

“The industry and its entire value chain are facing an enormous financial crisis, and its capacity to make these payments is severely constrained. The sustainability of the sector, now and in the post-Covid era, is dependent on this deferment if job losses are to be avoided,” Mngadi said.

President Cyril Ramaphosa announced the immediate reinstatement of the ban on alcohol sales last Sunday, citing a sharp increase in trauma unit admissions since the ban was lifted on June 1. This had put extra pressure on facilities that were struggling to cope with the coronavirus pandemic.

The government is already facing a cash crunch due to plunging tax revenues caused by the struggling economy. Tabling his supplementary budget last month, Mboweni said SA would miss its original revenue target by more than R300bn this year.

The ban was definitely political. It points to the police and other law enforcement agencies being unable to police properly, especially around shebeens and drunk driving.

Mboweni's spokesperson, Mashudu Masutha, had not responded to questions about the liquor industry's appeal by the time of going to press.

Estimates show the industry contributed R51bn in indirect taxes in 2019, with just over R33bn in excise duties and R17bn in value added tax (VAT).

The fiscus is also not collecting excise duties on tobacco, since a ban on the sale of these products was imposed when the lockdown was first introduced at the end of March. It is estimated that R4bn in tobacco excise duties has already been lost.

Bernard Mofokeng, tax partner at CMS RM Partners, said Sars was generally reluctant to allow postponement of excise duty and VAT payments because these taxes were susceptible to fraud.

“There is so much fraud in liquor and tobacco products, government is losing billions. It is already undercollecting,” he said.

Mngadi said the liquor industry was aggrieved about not having been consulted over the renewed ban. “We reiterate our commitment to partner with the government to create a social compact that drives behavioural change regarding the use and consumption of alcohol,” he said.

Professor Francois Venter of the Wits University Reproductive Health & HIV Institute, who is a member of the MAC, but not speaking as a MAC member, said traffic accidents were also to blame for trauma admissions.

“Look at admissions to hospitals when lockdown level 4 was in place and alcohol was banned. There were increasing trauma admissions related to vehicle accidents.

“People argue hospital beds are being protected, which is fair, but the unintended consequences need to be taken into account.”

Another member of the MAC, who asked not to be named, said there were major disagreements within the advisory body over the science relied upon to impose the ban.

“The slides we and the rest of the country were shown was half-baked science presented by known prohibitionists,” this person said. “If South Africans knew they would be furious, especially the alcohol industry.”

This council member said politicians were using the MAC to pass legislation based on dubious science. “The ban was definitely political. It points to the police and other law enforcement agencies being unable to police properly, especially around shebeens and drunk driving.”

Parry said the MRC had recommended tighter curbs on hours of sale for alcohol but not an outright ban.

“Our findings called for government to go the lighter route and tighten up on sale days rather than an outright ban because of the pushback that would come from people and the liquor industry,” he said. “It looks like government ran out of time. Honestly speaking, I was surprised by the ban.”

But Parry said it was irrefutable that banning or restricting alcohol sales led to declines in hospital admissions.

He said that before the lockdown there were on average 42,700 trauma admissions a week in SA, across nearly 400 public tertiary hospitals.

“Of the alcohol-related admissions, 38% are violence related, 13% are accidents such as falls, 6% vehicle accidents and 2% self-harm,” Parry said.

“Each of these injuries has a burden on the health-care system. The cost of treating a stab injury in a state hospital is R5,352. To treat a vehicle-accident victim costs over R25,400, where a person spends one day in ICU and five days in a general ward.”

LISTEN | Blanket booze ban is not a solution – DA

The opposition party has accused President Cyril Ramaphosa’s of only paying lip service to public participation.
Politics
2 years ago

We took to the streets of Cape Town to find out what people thought about the latest alcohol ban.
News
2 years ago