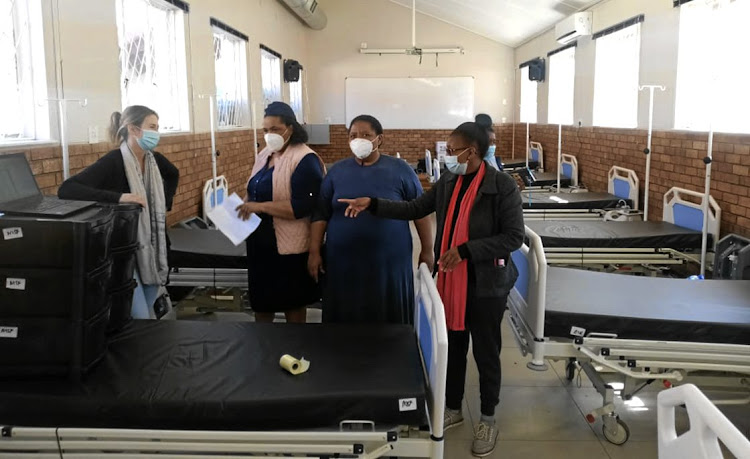 As the pressure on medical facilities drops in the Western Cape, Médecins Sans Frontières (MSF) has begun decommissioning its 60-bed field hospital in Khayelitsha and moving resources to Butterworth in the Eastern Cape.

By Thursday, the field hospital run by the international humanitarian group at Thusong Community Sports Hall had fewer than 20 patients, compared with 52 when Covid-19 infections peaked in the Western Cape.

MSF spokesperson Sean Christie said that with the rate of infections under control in Cape Town, the request for help from the Butterworth Hospital had been timely.

The town has recorded about 1,800 coronavirus cases.

One in 50 people in part of the Cape Flats have now tested positive for Covid-19.
News
1 year ago

A team of doctors and nurses from MSF, also known as Medecins Sans Frontieres, arrived in the Eastern Cape on July 24 and began helping Butterworth Hospital management to set up a 30-bed field hospital in the adjacent Lilitha College of Nursing.

“The most important lesson we learnt in Khayelitsha is that reaction time is key,” said the project leader, Dr Eric Goemaere.

“Unlike the HIV and TB epidemics, which allow more time to react, with Covid-19 if you are not ready when the wave hits, there is no catching up.”

Goemaere said that rather than start from scratch, it was better to help existing facilities increase their capacity.

“This is what happened in Khayelitsha, where MSF entered a partnership with the Khayelitsha District Hospital. MSF staffed and equipped the overflow facility but relied on the district hospital for several critical functions,” he said.

On March 5, the first Covid-19 case was recorded in SA. Just five months later, the total number of cases in the country has soared dramatically to ...
News
1 year ago

The MSF project medical co-ordinator in Khayelitsha, Dr Claire Keene, said the organisation started by asking where the gaps were in the system, and which were the most important to fill.

“So, instead of investing in costly ICU facilities for just a few people we decided to mount a response that targeted the bulk of those needing medical care,” she said.

“We feel that this same gap exists across SA currently, and that investment at the level of intermediate care is what is most needed.”

Khayelitsha was the worst-hit area in SA when Covid-19 community transmission took hold, but less than five months after its first case the country’s ...
News
1 year ago

The head of the Eastern Cape health department, Dr Thobile Mbengashe, welcomed the assistance from MSF.

Christie said the organisation was active in several provinces in SA.

“In the town of Eshowe and rural Mbongolwane [in KwaZulu-Natal], where MSF has been supporting HIV and TB care since 2011, we are in the process of equipping and staffing two Covid-19 hospital wards with oxygen concentrators and biomedical equipment,” he said.

It is also lending a hand in Rustenburg in the North West, central Johannesburg and central Tshwane, where it is working with victims of sexual and gender violence.

“They have also sent us two nurse mentors.”

'I just pray that I don't have Covid-19': five-week wait for some test results

Some people in the Eastern Cape have waited more than a month for their Covid-19 test results, with some even returning to work without knowing their ...
News
1 year ago

'There is not a day that we are quiet': funeral parlours on soaring death rate

The surge in Covid-19 deaths has Gauteng’s state mortuaries and private funeral parlours under pressure as they battle to process the dead.
News
1 year ago

Excess deaths have risen by 5,728 in the latest weekly report by the Medical Research Council. Only 1,889 people officially died of Covid-19 in the ...
News
1 year ago