Behind the scenes, party plots for wider powers for chief whip 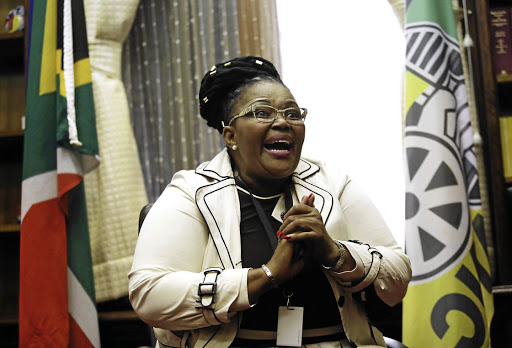 The ANC has quietly revived a move to give its chief whip sweeping powers in parliament - a step critics say is a "power grab" for control of the institution.

The party is proposing changes to allow its chief whip to influence important decision that relate to parliament's finances, human resources and the disciplining of opposition MPs.

The opposition and independent observers say this is an attempt by the ANC to regain control of parliament and its resources after the party went back to the legislature with a reduced majority in last year's general elections. They say this could tamper with the independence of parliament.

The proposal is contained in internal ANC parliamentary caucus documents, which the Sunday Times has seen, that have been the subject of discussions at several meetings of the party's political committee, a body chaired by Deputy President David Mabuza.

The political committee's task is to provide guidance to ANC MPs and their chief whip, Pemmy Majodina.

In the document, titled Rethinking the status and position of the chief whip of the majority party in the National Assembly - from party political status towards institutional status, the ANC says the proposal stems from resolutions of the party's last two national conferences, in 2012 and 2017. 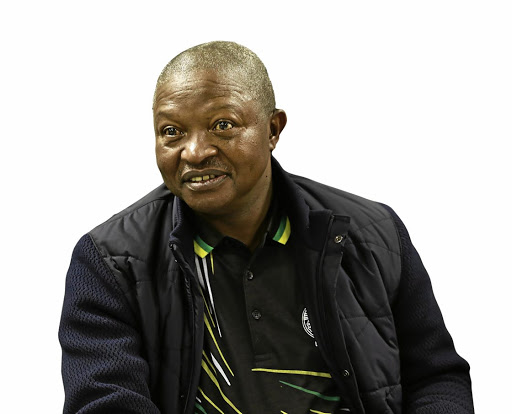 But the move was slammed by a constitutional expert and the DA as nothing but a "power grab" on the part of the ANC as it grapples with diminishing influence in parliament.

The document itself gives "the decline in support from the electorate and our diminishing majority" as reasons for the proposal.

"These functions are both extremely time consuming and draw upon the resources of a single party (the majority) for which there is no compensation, meaning that party political staff carry out the functions that normally would be carried by institutional staff," the document reads.

DA wins another round in battle for control of Tshwane council

The DA has won a bid to have a previous court ruling, setting aside the dissolution of the City of Tshwane council, implemented
Politics
1 year ago

"These functions are currently undertaken by the chief whip of the majority party in the National Assembly with significant human burden and financial costs borne out of the ANC caucus."

The ANC went on a study tour of countries including the UK as part of its research on the proposed changes. The UK's chief whip is known as the parliamentary secretary to the treasury - and wields much power over cabinet ministers.

Majodina and Mohai both declined to comment on the matter when approached this week, saying it would be premature to do so as discussions are still continuing.

Modise also turned down the opportunity to comment on the issue.

The ANC paper says that the proposed "chief whip of parliament" would have a greater say in the budget of the institution, "structures and human resource issues".

It says the "chief whip of parliament", together with the speaker and senior administrators, would have enhanced influence over the implementation of the institution's strategic plans and policy priorities.

The ANC also says it expects "vigorous opposition" to its proposals "despite this approach being reasonable and necessary".

President Cyril Ramaphosa should abandon immediately the pretext of internal investigations in the battle to determine who in his party and his ...
Opinion & Analysis
1 year ago

The proposals, the ANC argues in the document, are modelled on the internal arrangements of the British parliament.

According to those who were at the meetings of the political committee, international relations minister Naledi Pandor raised her concerns about the proposal, arguing that it conflated the position of the chief whip of the NCOP, a different institution from the National Assembly, with a unique constitutional arrangement. Approached for comment, Pandor said she did not take questions on internal ANC discussions.

Lawson Naidoo of the Council for the Advancement of the South African Constitution said the creation of such an office would subordinate the role of other political parties in parliament.

It would also be a source of tensions with the speaker of the National Assembly, he said.

"Who then is the political accounting body in parliament - is it the chief whip or is it the speaker? It raises very important constitutional questions about institutionalising such an office," said Naidoo.

Who then is the political accounting body in parliament - is it the chief whip or is it the speaker? It raises very important constitutional questions about institutionalising such an office.

"The constitution speaks of parliament as a multiparty forum. This would certainly detract from that. It would speak to institutionalising ANC domination in parliament," he said.

Asked if this amounted to a power grab by the ANC, Naidoo said: "Certainly, and that is why I'm talking about the subordination of opposition parties. Because it is the ANC exerting its muscle to control how parliament functions."

DA interim leader John Steenhuisen said the move is aimed at bolstering the ANC's dwindling parliamentary allowances after it returned to parliament last year with a reduced number of MPs, causing it to lay off some of its support staff.

"All this is, is an attempt to try and get more resources and more money put behind the office of the ANC chief whip because the ANC itself is in a financial crisis and there is big pressure for retrenchments in the chief whip's office."

Steenhuisen also questioned the feasibility of having someone from a different party try to discipline opposition MPs.

"It won't work because the moment a chief whip tries to give direction to one of my members, we will go to court and tell them to get stuffed," he said.