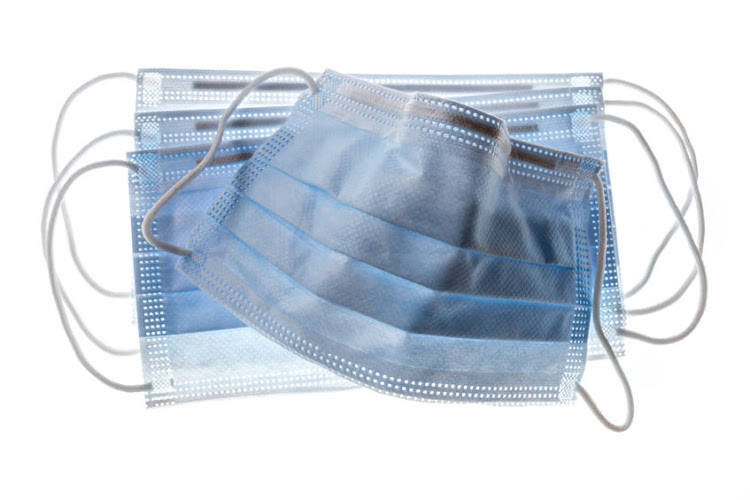 At least four contracts worth a combined R540m for supplying personal protection equipment (PPE) to the police are under scrutiny as the Hawks investigate their own.

They are also investigating whether the companies inflated some prices.

Basadzi Pele Management Consulting got the most money, R363m. Little is known about the company, which was registered in 2005 to an address in Soutpansberg, Pretoria. The house appeared deserted this week. Attempts to contact its sole director, Busisiwe Sina Mbokazi, were unsuccessful. Her phone went to voicemail and she did not respond to requests for comment.

Documents the Sunday Times obtained show that on March 29, four days after SA locked down, the police issued a purchase order to Basadzi Pele for 9-million masks, 1,000 25l bottles of sanitiser and 1,000 5l bottles. One document says the order was verbally approved by a Brig Mahlangu.

Five days later, on April 3, the police issued a R60m purchase order to Tombo Investments for 2-million masks that worked out to R30 each. This company's only director is Azwidowhi Sydney Ramabulana and it is registered to an address in a block of flats in Sunnyside, central Pretoria.

On the same day, another R60m order for 2-million masks was issued to Before Sunset, a company in Hartbeespoort, North West.

And on April 4, the police issued a R59m purchase order for 2-million masks to Tsa Bophelo Medical Suppliers & Logistics. A companies search shows the company, based in Soshanguve, north of Pretoria, changed its name in May and listed two more directors.

Representatives of Tsa Bophelo, Tombo Investments and Before Sunset all confirmed they were under investigation by the Hawks. They said they had received letters from the Competition Commission asking about allegations of price-fixing and collusive conduct.

The commission's acting spokesperson, Siyabulela Makunga, said officials received a number of allegations about price-fixing and collusion across the government.

"All the allegations are going through a screening and assessment process. From there we will decide if full-blown investigations are warranted," he said.

Before Sunset chair Lleka Putuka, who is also a pastor of the Christ Centred Chapel of Grace in Lethlabile, Brits, said the Hawks raided his house in May and seized his cellphone.

"It was during the first of week of May, but they have since returned my phone. They said they were investigating allegations that prices had been inflated."

Putuka said he had approached many government departments offering to supply masks.

"The police were frustrated. Prior to giving us the tender they had given it to others who didn't have the capacity to deliver," he said. "That is why they came to us to check if we had stock. It is quite disappointing that we made attempts to save lives and today we are being accused of corruption."

Ramabulana declined to elaborate on the investigation. "I will speak to my lawyer and I will get back to you if needs be," he said.

Tsa Bophelo director Martha Semakaleng Sedumedi said the company won the contract after responding to a request from the police for a quotation. "We delivered everything," she said. She said the company at first struggled to deliver and the police threatened to cancel the purchase. "They gave us an ultimatum and eventually we delivered."

The company, Sedumedi said, had ordered the masks from another supplier, added a small mark-up and then sold to the police. "We didn't do anything wrong."

We return to March 27 2020 when South Africa went into lockdown. One hundred and fifty days would pass bringing controversy, unemployment, joy and grief. Here's a brief look at what the country has been through.

Responding to parliamentary questions from the DA last week, police minister Bheki Cele said that by mid-July, the police had spent about R1.4bn on PPE, including 34-million masks, 18-million gloves, 162,000 containers of sanitisers, 270,000 face shields and 8,100 thermometers. No police officials or their relatives and families received contracts to supply PPE, he said.