Dad keeps control of his finances after family court dispute 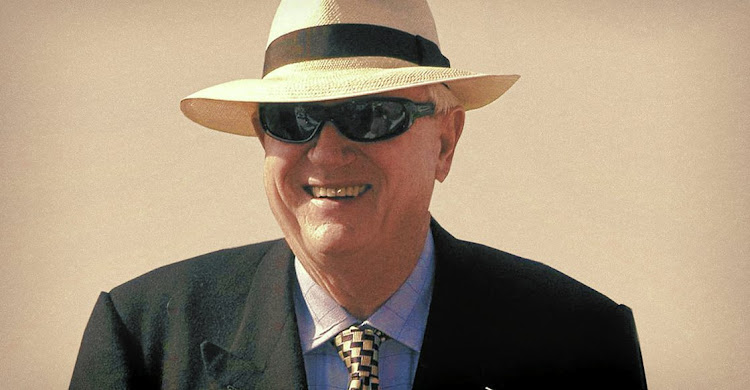 A 91-year-old Durban multimillionaire racehorse owner and businessman has fought off a court bid by his children and brother to appoint a curator to handle his financial affairs.

The relatives of Des Scott claim he is suffering from dementia, that his second wife, Jacky, is siphoning off his money, neglecting him and preventing them from seeing him.

In an affidavit he said that though he is 91, he is perfectly capable of handling his own affairs with the assistance of a “trusted group” of financial, legal and medical advisers, and that he is perfectly happy with his wife, Jacqueline Barrington, who he refers to as Jacky.

Durban high court judge Mahendra Chetty has ruled in his favour, saying that though the family claimed they were acting in his best interests, their animosity towards Jacky was clear and they appeared to be driven by a desire to protect their inheritance.

I am upset that my children have resorted to this litigation. I have been very generous to them. I love them and will always love them. But I think that they do not respect my privacy, autonomy, choice of soulmate and the decisions I make

Scott amassed his fortune in the footwear industry, establishing the Scotts shoe store brand in the 1970s.

Until recently, he was the co-owner, with his brother, Robin Scott, of a successful stud farm in Nottingham Road, KwaZulu-Natal, and has been a major part of SA’s horse racing landscape for 50 years.

He also owns racehorses in Ireland, valuable paintings and antiques, and investments in the UK and SA worth several hundred million rands, as well as a £15m (about R332m) overseas trust.

Then they sought an order preventing his discharge from Gateway Hospital and returning to his home in Forest Drive, La Lucia.

Home affairs minister Aaron Motsoaledi has ordered his department to urgently comply with a November court order which would allow a minor child to ...
News
1 year ago

They wanted him placed in a care facility at the luxury Mt Edgecombe estate.

While no order was granted at that time, the family persisted with the application for the appointment of a curator to manage his affairs.

Scott, in his affidavits, was adamant that he wanted to “live out his years” in the flat in La Lucia that has been his home for 44 years. He said he was “of sound mind” and able to make his own decisions, and there was no basis for his children to suggest otherwise.

“I am upset that my children have resorted to this litigation. I have been very generous to them. I love them and will always love them. But I think that they do not respect my privacy, autonomy, choice of soulmate and the decisions I make.

“I am perfectly happy with the medical treatment I receive… I remain deeply in love with my wife, who, I believe, reciprocates my feelings.”

Chetty said Scott’s remarks were “sincere” and were an honest expression of his anguish.

Even if I accept he has an Alzheimer’s type of dementia, I am of the view that this is not enough to conclude that he is incapable of managing his affair

Regarding his children, the judge said much of their bitterness was reserved for Jacky, who is 35 years younger than their father and who, they claim, married him “clandestinely” in 2018.

“They allege she ill-treats and abuses him, while at the same time mysteriously siphoning large parts of his fortune.”

He said the children had “demanded” that their father submit to a medical examination by a doctor of their choice.

They contended that their father’s hospitalisation last year was a direct result of an infection he contracted at the Durban July event, to which his wife had taken him despite his frail condition and the bad weather.

“The papers are replete with allegations of mistreatment by [Jacky], that she causes him to live in appalling conditions and to wear tattered clothing, despite him being a wealthy man. They also accuse her of controlling his finances.”

A sticking point in their argument that their father was of unsound mind and on his “deathbed” was that Scott’s brother acknowledged that he had signed an agreement allowing for the sale of the stud farm for R34m, just two months before the court action in which they claimed he was possibly suffering from Alzheimer’s disease.

“Even if I accept he has an Alzheimer’s type of dementia, I am of the view that this is not enough to conclude that he is incapable of managing his affairs,” Chetty said, dismissing the application and directing the family to pay costs on a punitive scale.

Wealthy Durban businessman Jakes Pandor has applied to intervene in Tuesday’s application to stop the sale of the controversial development at 317 ...
News
1 year ago

Businessman accused of R4.5m fraud and theft out on R5,000 bail

A Jeffery’s Bay businessman accused of fraud and theft involving R4.5m has been released on R5,000 bail by the Port Elizabeth specialised commercial ...
News
1 year ago