Paul Mashatile says 'there is no plot to take over ANC' 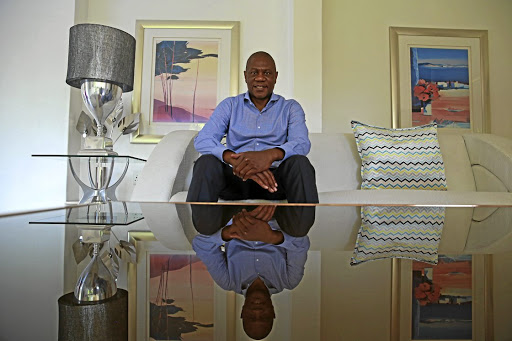 What are Deputy President David Mabuza and ANC treasurer-general Paul Mashatile up to?

That is the frequently asked question in ANC circles as the two have grown much closer. Speculation is rife about a political pact between the two that guarantees one of them the highest office in the land as early as the next ANC elective conference.

Mashatile laughed off the Luthuli House corridor talk during an interview at his Johannesburg home on Thursday, telling the Sunday Times that he and Mabuza were not plotting any takeover.

"I'm close to most of the comrades in the ANC but Mabuza is my friend. We talk everyday as friends. But I'm close to all of them. I talk to the president all the time. I express my support where it's needed.

"I can assure you that all of us in the top six are fully behind Ramaphosa. There is no programme of Mashatile/Mabuza running somewhere. No. Our closeness is really [more] about friendship than some political conspiracy," he says.

But as President Cyril Ramaphosa's detractors search for a candidate ahead of the ANC's 2022 national conference, Mashatile's name keeps popping up. Weeks before he passed on, former Western Cape ANC provincial secretary Songezo Mjongile proposed that to revive the ANC, Mashatile be elected president at the next conference.

Mashatile gets a bit uncomfortable when asked about his own presidential ambitions.

"I think it was his [Mjongile's] wish. My attitude is to focus on what you've been elected to do," he says.

"I'm the custodian of ANC assets, chief fundraiser of the ANC . part of the collective that has been elected [and] has been rebuilding and renewing the ANC. That's it for now."

But will he accept nomination when the right time comes?

The cabinet has adopted an economic recovery plan that sets stringent timelines on urgent action that must be taken to rescue the ailing economy.
News
1 year ago

ANC deputy president and the SA's second-in-command said it was shameful that some South Africans decided to spread fake news that he was dead.
Politics
1 year ago

"Nobody has come to me to say: 'We want you to lead the ANC'. If anybody was to come to me right now I'd say: 'Comrades, you know I'm elected as a treasurer-general. Let me focus on this job. We will see when the time comes'," he says.

Those who are considering Mashatile's name are frustrated with Ramaphosa's leadership style. They make all kinds of allegations - including about how he has not shown any willingness to transform the economy to allow more black businesses to thrive, and the slow pace at which Nasrec conference resolutions are being implemented.

But Mashatile says the ANC is in good hands. "We must accept that [Ramaphosa] came to lead the ANC at a difficult period. He deserves our support. It's not easy. But Ramaphosa is leading us well. I don't have complaints."

Since Mashatile is so impressed with Ramaphosa's leadership, does he think the president deserves a second term?

"My approach to these politics is that let's all serve our terms that we were elected for and then we'll take it from there because he himself has never said to me he wants a second term."

At the time of our interview at Mashatile's home, dozens of people were camping outside Luthuli House, protesting against an alleged political conspiracy to arrest ANC secretary-general Ace Magashule.

The protests were triggered by a late-night report by the Independent Online website on Tuesday claiming an arrest warrant had been issued against Magashule.
Magashule himself confirmed he knew of the intention to arrest him.

This follows high-profile arrests last week - including of businessman Edwin Sodi, who received tenders from the Free State government.

Gana said the public deserved to see the alleged “crooks” when they are being taken away, adding that they should be made to wear a different colour ...
Politics
1 year ago

ANC secretary-general Ace Magashule says he has instructed his lawyers to contact the National Prosecuting Authority to verify rumours of his pending ...
Politics
1 year ago

Magashule's supporters claim Ramaphosa is abusing state institutions to target his political opponents. But Mashatile says the president's anti-corruption drive is being supported by the rest of the ANC  national executive committee.

"There is no evidence [to suggest an abuse of law enforcement agencies]. In fact, the lekgotla was fully behind the president when he announced that we're going to deal with corruption.

"Our view is that these state organs should not be prevented from doing their work. Let them do their work. The perception from some within our ranks might say certain people are targeted. It's difficult to vremove that perception. But our attitude is, if you're not involved in wrongdoing, there is nothing to worry about.

"When we [we pick up] allegations that state organs are not treating people fairly and so on, I'm sure the matter will be dealt with. But for now there hasn't been a sign that people are targeted politically. As the ANC, let's allow state organs to do their work. Let's not interfere."

Mashatile says there will always be a group that will offer support to an accused leader and that this should not be interpreted as ANC members endorsing corruption.

"There is a strong view that the constitution of this country says you are innocent until proven guilty by the courts. I don't think it's something that might be interpreted to mean that members of the ANC don't want to fight corruption or that there is a push-back by a particular faction. My view is that it's a position that is fairly legitimate. If somebody is arrested and members go to court, I don't think it's controversial . so you're going to see a lot of that."

David Mabuza responded to questions about corruption, Covid-19 and Eskom.
Politics
1 year ago

A 32-year-old woman who told numerous lies about deputy president David Mabuza and committed theft and fraud crimes will spend the next few years ...
News
1 year ago